A weekend in Copenhagen: the highlights - Breathe With Us 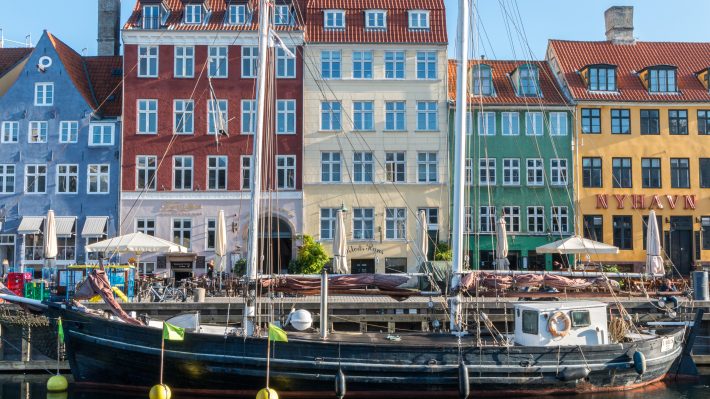 Are you looking for a quick getaway in Europe? Then look no further because we have the perfect plan for you – a weekend in Copenhagen.

“Why Copenhagen?”, you may ask. Consistently considered one of the happiest cities in the world, the Danish capital offers a mix of everything a big modern city has, plenty of history and culture, plus all the Scandinavian charm. And they’re really into cycling, which is pretty cool because they now have more bicycles than cars.

With no shortage of interesting things to keep us busy, our weekend in Copenhagen was a good opportunity to experience the best of the city and to get a glimpse of how Danes enjoy one of Europe’s most livable places.

Let’s take a look at the highlights of a weekend in Copenhagen, hopefully convincing you to book your trip.

Nyhavn is the quintessential Copenhagen experience and a place you see in many postcards and images of the city. The 17th-century canal waterfront is lined with boats and colorful townhouses, many now converted into restaurants and bars, making it a very picturesque and friendly place to hang around.

We suggest taking a canal boat tour starting from Nyhavn.

A good way to get a good glimpse of Copenhagen is to cover the central waterfront stretch of the main waterway either on foot or boat. Here there are some really nice buildings, both old and new, such as the Royal library, the Playhouse, or the Opera house.

It may sound unlikely but one of Copenhagen’s most famous attractions is the sculpture of The Little Mermaid, which is based on the work of the same name by Hans Christian Andersen.

The Danish monarchy is over 1000 years old and nowadays holds mostly a ceremonial role, with Queen Margrethe II as the head of state. Copenhagen is the royal city and has a number of royal sites open for visitors, namely a few palaces and castles. In our opinion, some of the finest buildings in the city.

Amalienborg is the official residence of the Queen and is made up of four individual buildings around a central square. While you can visit some of its richly decorated rooms, the most prominent feature of the palace is the Royal Guard and their daily change ceremony.

Christiansborg used to be the main residence of the royal family but these days it’s the seat of the Danish parliament and a few other governmental institutions. Despite this, the palace is still used by the royals and the state for official receptions and other events.

We recommend a visit to the magnificent royal reception rooms, of which we highlight the throne room and the great hall. Simply the true essence of a royal.

You can visit the tower for free for great views of the city – see more about it below!

Rosenborg Castle is the smallest of the 3 we visited but also worth anyone’s time. The castle’s grounds, known as King’s gardens, are delightful and invite for a nice day out, but the interiors are also not to be missed since this is where you can find the crown jewels. Think gold and diamonds!

Kastellet is the old citadel of Copenhagen, a well-preserved star-shaped fortress that is now a very pleasant public space, ideal for a walk on its ramparts, which actually offer beautiful views of the surrounding areas.

Out the many buildings that are part of Kastellet, the 19th-century windmill has to be the most interesting one, probably because it doesn’t seem to fit the landscape.

Every capital city has museums and Copenhagen is no exception. So, even if you’re not a museum person, here are some that are probably worth taking a look.

The National Museum of Denmark

The National Museum of Denmark

The National Museum of Denmark (Nationalmuseet) is by far the largest museum we visited in Copenhagen, yet in just over an hour you can get a good overview of its main collections. It’s no surprise that the museum main focus in on Danish history throughout the ages, but there are other international exhibitions such as the classical antiquities (Egypt!) and ethnographic collections – we enjoyed the Arctic and Oceania ones.

The National Gallery of Denmark (Statens Museum for Kunst) is the largest art museum in Denmark and houses collections from Danish and international artists, some quite old. If you’re into paintings, this is the museum to visit.

The building itself is really nice and so is the surrounding green area.

This is probably the kind of museum we would rarely visit but we were just passing by and decided to go in anyway. If there’s one thing about design museums is that they usually have some strange collections but, to be fair, the displays are normally nice and make up for some nice photos. Plus, Danish design has a pretty good reputation.

The Ny Carlsberg Glyptotek is an art museum founded by the same guy that created Carlsberg (the brewery!) primarily as sculpture museum. The antiquities department is quite impressive with countless Egyptian, Greek, and Roman sculptures.

We recommend enjoying the Winter Garden and, afterward, checking out the views from the roof and the nearby Tivoli Gardens.

As another green space right in the center of Copenhagen, the Botanical Garden is a great place to visit for a nice stroll on a sunny day. The garden is home to thousands of species but, for us, the impressive Palm House is the highlight of any visit.

You can visit the Botanical Garden for free.

If you follow this blog, you know we really enjoy and respect nature and have visited many zoos around the world. Despite some controversy about certain zoos, we firmly believe that a well-run one plays an important role in education and its scientific programs actually help a lot of species.

Copenhagen is an awesome bicycle-friendly city and there are several tracks throughout the city dedicated to cyclists, effectively making cycling a first-class means of transport. As a visitor, you’re likely not to use these infrastructures as much, but it’s good to be aware of their existence and the culture around cycling.

Our recommendation is to pay attention to incoming cyclists and practice your dodging skills, just in case!

When we visit a new city, we always aim to find vantage points to get the best possible views, and Copenhagen was no exception. There are some great places to visit in the city for great views, namely:

To find out more, including awesome photos, we have a whole article dedicated to the best views in Copenhagen. Check it out!

Christiania is as alternative as it gets in Copenhagen. Officially Freetown Christiania, this is a community that started back in the 70s by occupying an old base in Christianshavn and eventually evolved into an autonomous society with pretty much its own set of rules.

Nowadays, you can visit this colorful and very different part of Copenhagen, its houses, galleries and music venues, which are quite popular. Christiania has long been associated with soft drugs dealing at Pusher Street but this is apparently changing and no longer what it used to be.

We visited this place out of curiosity and if you’re into underground and alternative cultures, give it a go.

Tivoli Gardens is a very popular and historical amusement park right in the center of Copenhagen that has been entertaining Danes and friends since the 19th century with its rides and other attractions.

Unfortunately, Tivoli Gardens was closed for the season when we visited, otherwise we had a night visit in mind. Next time!

Map of the highlights of Copenhagen

Tips for a weekend in Copenhagen

Copenhagen is known for its diverse food scene and many restaurants, including some world-famous ones such as Noma. Buf if there’s one thing worth trying while visiting, it must be the bakeries. Think delicious and varied types of bread and mouth watering pastries. Yes, we visited quite a few bakeries while in Copenhagen.

Copenhagen is a very walkable and cyclable city with most places of interest not that far from each other. Since we’re big fans of exploring cities on foot because, really, it is the only way to discover and get to feel the different areas and neighborhoods, this is what we recommend doing.

To cover longer distances, there is also a good network of metro, trains, and buses, which are reliable and convenient. For example, there’s a metro line from the airport to the city center that takes just 15 minutes.

As with all the other Scandinavian countries, Copenhagen is not very cheap when it comes to lodging. We opted to rent an apartment in Christianshavn via Airbnb. Also worth checking is Booking.com for plenty more options in the city.

The Copenhagen Card gives you free access to dozens of places and transportation, including most of the places mentioned throughout this article. Definitely worth considering, if you plan to visit a few things in the city, as it’s very good value for money.

Are you planning to spend a weekend in Copenhagen? Or visited already? Let us know in the comments below 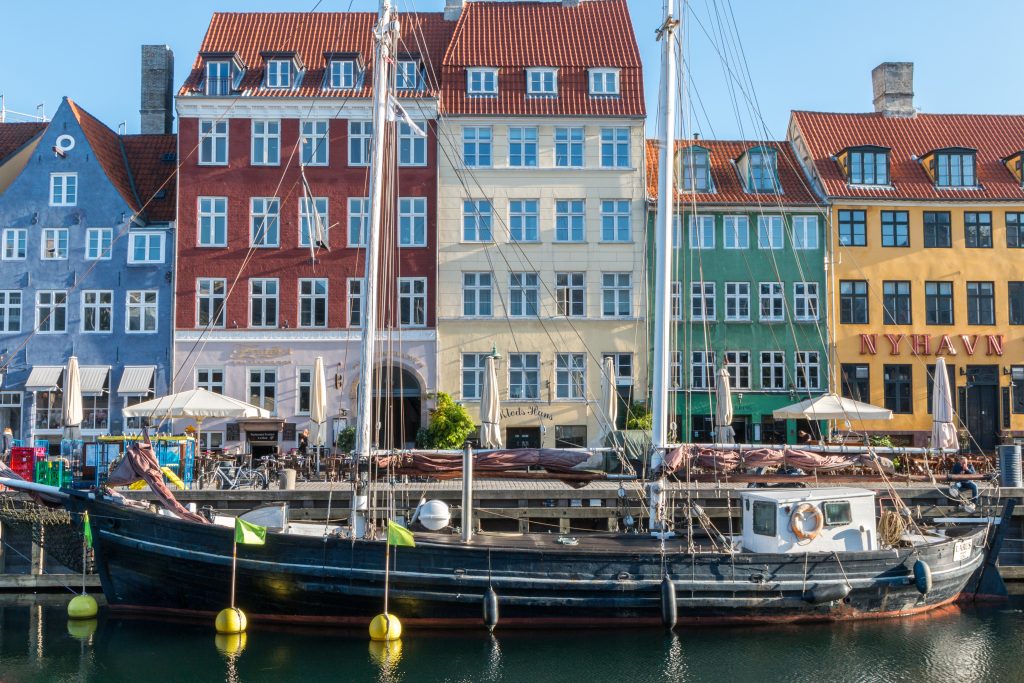