Valle de los Ingenios: a piece of Cuban history - Breathe With Us 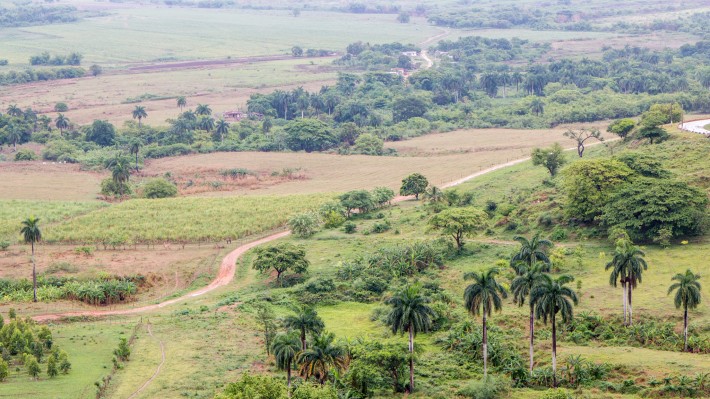 Valle de los Ingenios is actually a group of 3 connected valleys (San Luis, Meyer, and Santa Rosa) and, at its peak of production, over 50 sugar mills were active there. Due to its importance in Cuban history, it was recognized as a UNESCO World Heritage Site. The history of Valle de los Ingenios and Trinidad’s are tightly connected.

The fortunes that the owners amassed during those days were mostly due to slave work on the sugar plantations. Thousands of slaves worked on them. When slavery was abolished, sugar production declined and so did the region, with most of the sugar mills and other facilities turning into ruins.

A few exceptions of well-preserved sites exist and those are the ones that can and should be visited. Let’s see which ones!

Valle de los Ingenios is only 12 km northeast of Trinidad on the road to Sancti Spíritus. We visited by car as part of our Cuban road trip, but tours or private taxis are widely available. Check with your hotel or casa particular in Trinidad.

The valley is not that big and can be covered in a day or even half a day. The latter seems to be more popular. For us, spending the whole morning there and then having lunch at one of the former sugar estates was a great way to experience Valle de los Ingenios.

Mirador de La Loma del Puerto is a lookout at the entrance of the valley and our first stop after leaving Trinidad. The lookout is not very high at only 192 m but offers some of the best views over the valley.

Located at the very top of the mirador is a bar. Definitely a venue with a view! It’s fine to visit for those not going to the bar. Just say a friendly ‘Hola!’.

We made the turn towards San Isidro de los Destiladeros without knowing what to expect. There was no mention of it in our guide, nor a sign indicating what it was. We decided to do it anyway.

Two kilometers down the road we stumbled on a beautiful three-story bell tower! The whole estate of San Isidro de los Destiladores had been abandoned over 100 years ago and was now slowly being restored. A lot of work was still left to be done on the main buildings but it was already looking much better.

A good thing? Hardly anyone visits this place.

Manaca Iznaga is the central place of Valle de los Ingenios and the one most tourists choose to visit. Its bell tower is easily one of the most recognizable sights in the region!

Speaking about the tower, Torre de Manaca Iznaga is a seven-story 45 m high tower built in 1816! The bell now lies at the foot of the tower. Yes, quite remarkable and clearly the highlight of Valle de los Ingenios for us.

The rest of the Manaca Iznaga estate includes the main mansion and a few other small houses. The train station is also here.

The tower is open to the public and going up costs only 1 CUC. It’s hard to beat the views and experience of going up such a historical tower. Even in rainy weather and bearing in mind the narrow wooden stairs.

We’ll let the pictures do the rest.

Aerial view of the house

View from the top of the tower

Before leaving Manaca Iznaga, we had lunch at the former colonial mansion turned restaurant. As usual with touristy restaurants in Cuba, it also had live music and a nice and relaxed environment.

Other places to visit

Two other former sugar estates, Guachinango and Guáimaro, are also visitable. One thing that both have in common is that their main houses have been converted into restaurants.

A better and more interesting alternative to driving or a guided tour is the train that connects Trinidad to Manaca Iznaga and Guachinango. The train journey takes at least half an hour, leaving Trinidad roughly around 9.30 am and back after 2 pm. It is known for not being too reliable! The price is 10$ (CUC).

Have you been to Valle de los Ingenios? Would you like to visit? 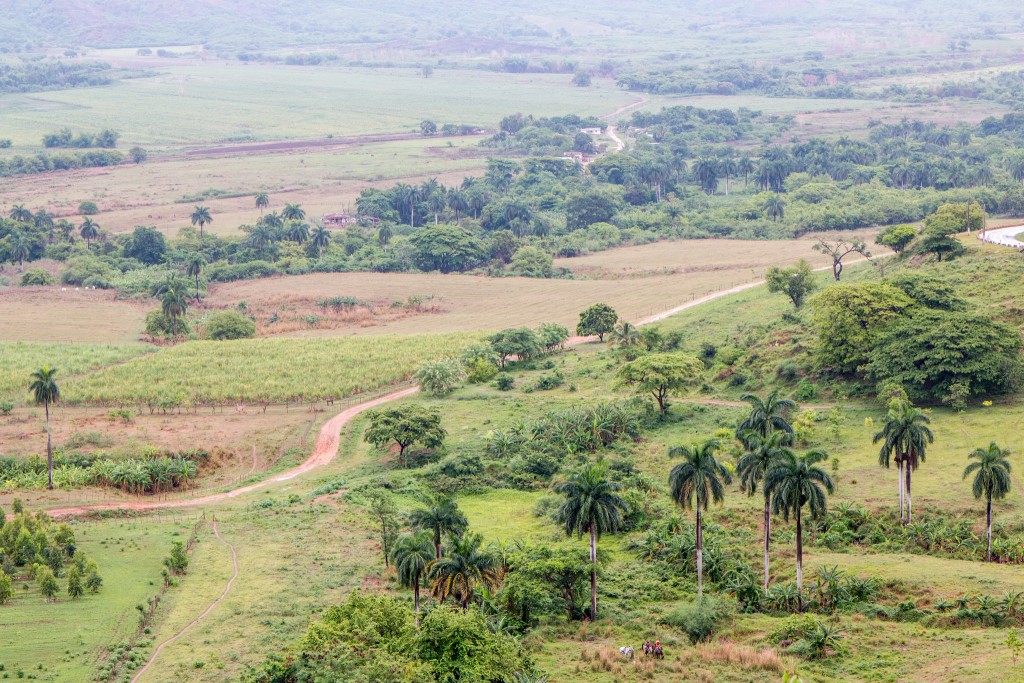