Surviving Death Valley in the Summer - Breathe With Us 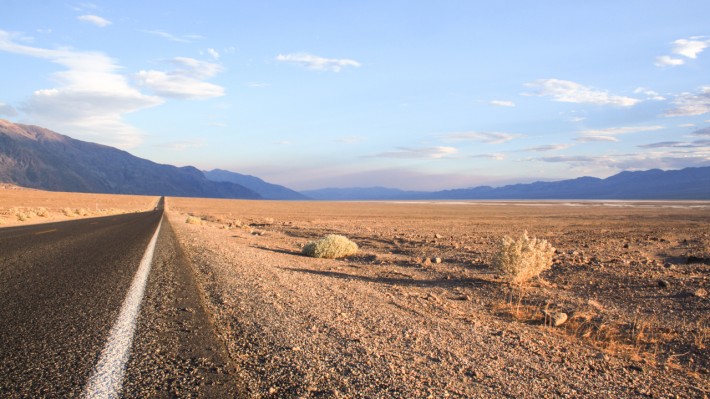 Going somewhere named Death Valley may not sound like the brightest idea, especially during Summer time. Well, we did it and it’s not that bad, except maybe for temperatures over 40 ºC. Nothing major. To put things into perspective, Death Valley is just the lowest, driest, and hottest area in North America. What? Yes, but it’s also part of a spectacular national park with plenty of things to do and see, even in the Summer – bearing in mind some precautions, of course. Death Valley’s name comes from a group of people who got stranded there while attempting to cross it, apparently with a single fatality among them.

Death Valley National Park is part of the National Park Service (NPS). It is shared by both California and Nevada states, east of the Sierra Nevada and includes part of the Mojave and Great Basin deserts. Its landscape is one of the rawest and harshest to be found anywhere in the United States, with salt flats, sand dunes, badlands, valleys, canyons and mountains. And it’s massive, the biggest national park if we leave Alaska out of the equation.

We spent 2 days in early September exploring a tiny bit of Death Valley National Park while on a 2-week road trip from San Francisco to Las Vegas. Gladly for us, September is when the temperatures “drop” from the mid-to-high 40 ºC that usually hit the region during the Summer months. Much fresher.

Our base to visit Death Valley National Park was the small community of Beatty, Nevada, which is conveniently located less than an hour away from Furnace Creek, the visitor center of the park. Beatty serves as a good gateway for Death Valley, with some places to sleep, including the excellent price-quality Motel Exchange Club. Yes, the name could be better and nothing was exchanged while we stayed. There’s really little worth doing in this town except if you’re into gambling in small towns with three other people. Not our kind of plan. In defense of the gambling establishment of Beatty, the food was good there and we became regulars.

Like the other national parks under the NPS, Death Valley isn’t free. From Beatty and along road 374 we passed by an automated ticket point on the side of the road. It’s a pay and display system and for 20$ the ticket is good for 7 days. This road is very scenic and goes through Daylight Pass.

To give some emphasis on the surviving part from the title of the article, here’s a billboard from the NPS. Nothing like starting a late Summer morning with temperatures already in the high 30 ºC and with such a warning. Context. 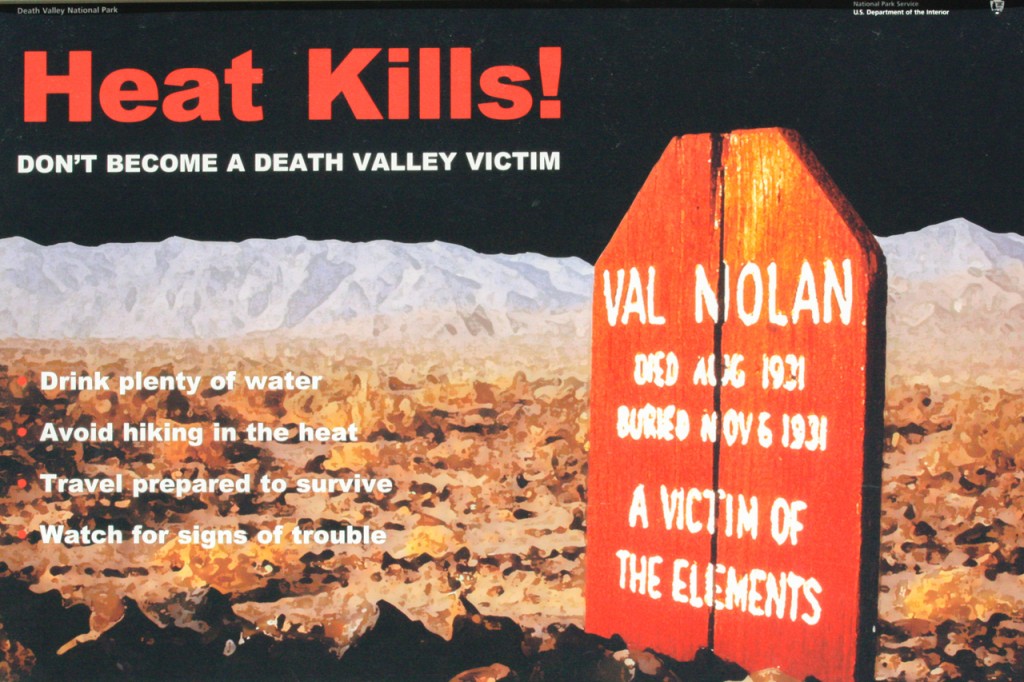 Besides the occasional two or ten stops for pictures, we eventually made our way to the area of Stovepipe Wells, one of the small communities inside the park. Very close to it are the Mesquite Flat sand dunes. An amazing set of dunes with various formations, including star-shaped ones. There’s a parking lot from where the dunes can be accessed. Totally worth wandering around the dunes. 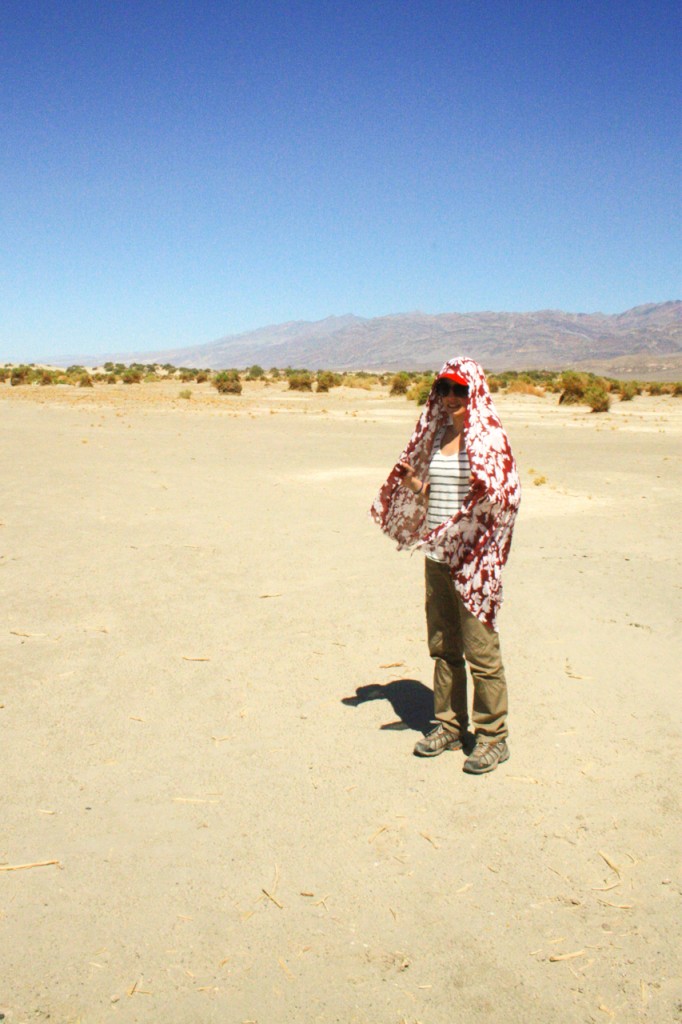 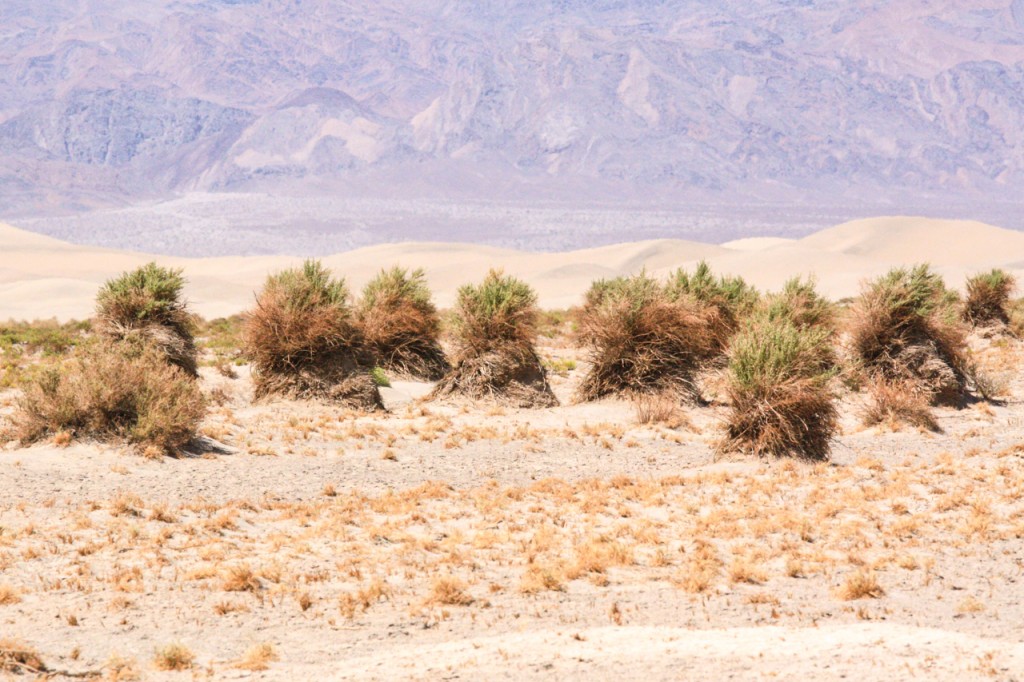 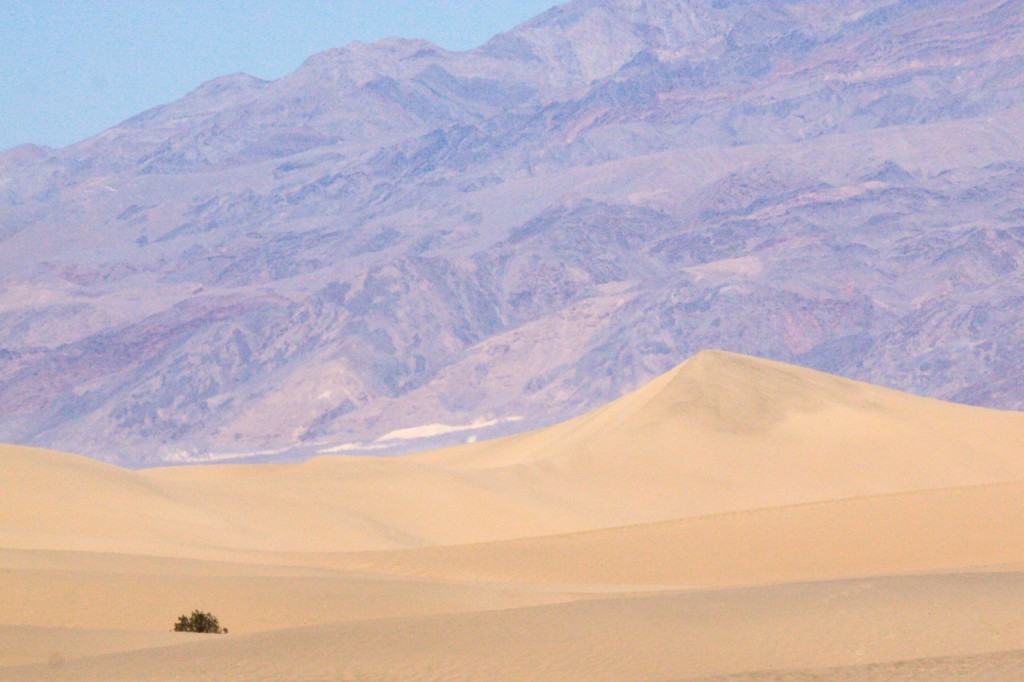 The characterized guided tour of the estate is a must and we highly recommend it. It tells the tales of Scotty and the house he didn’t own, and how even with his scams he became an unlikely friend of the owner, Albert Johnson. 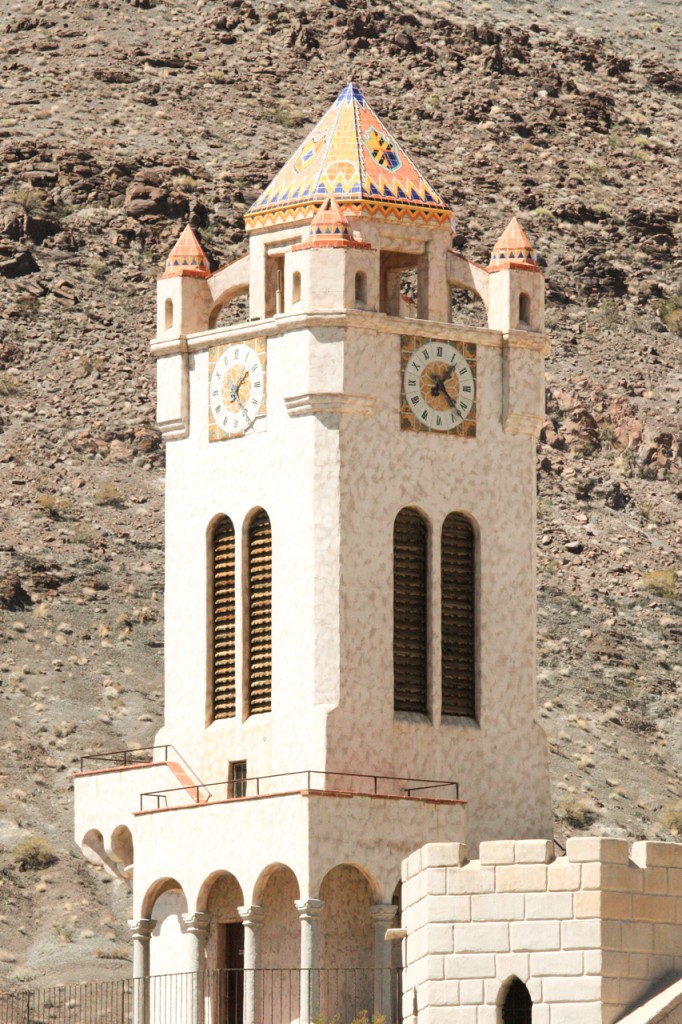 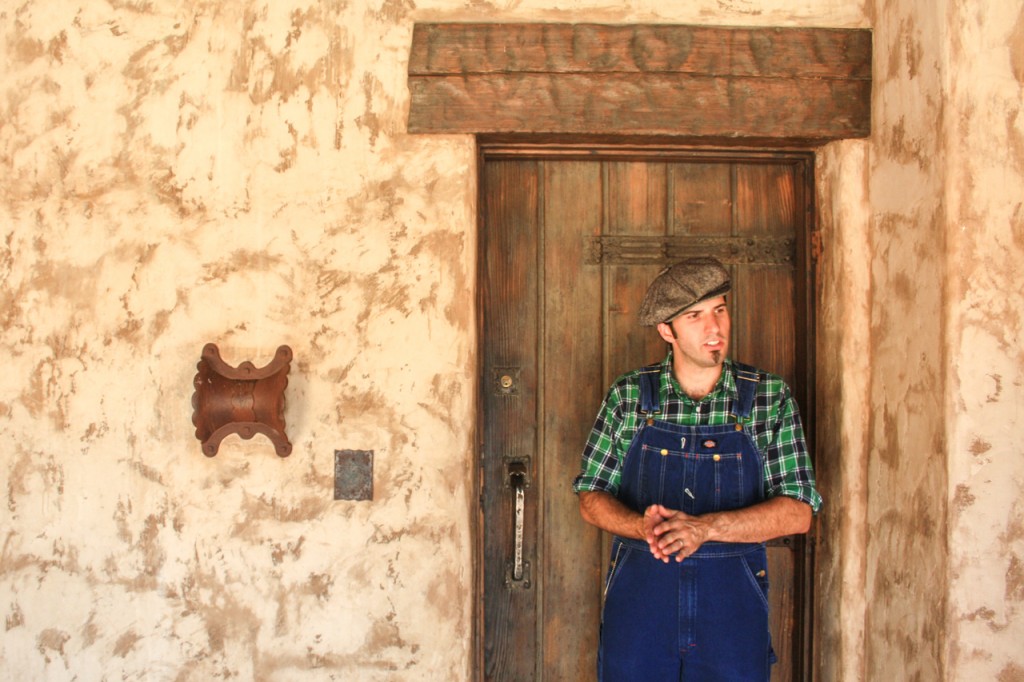 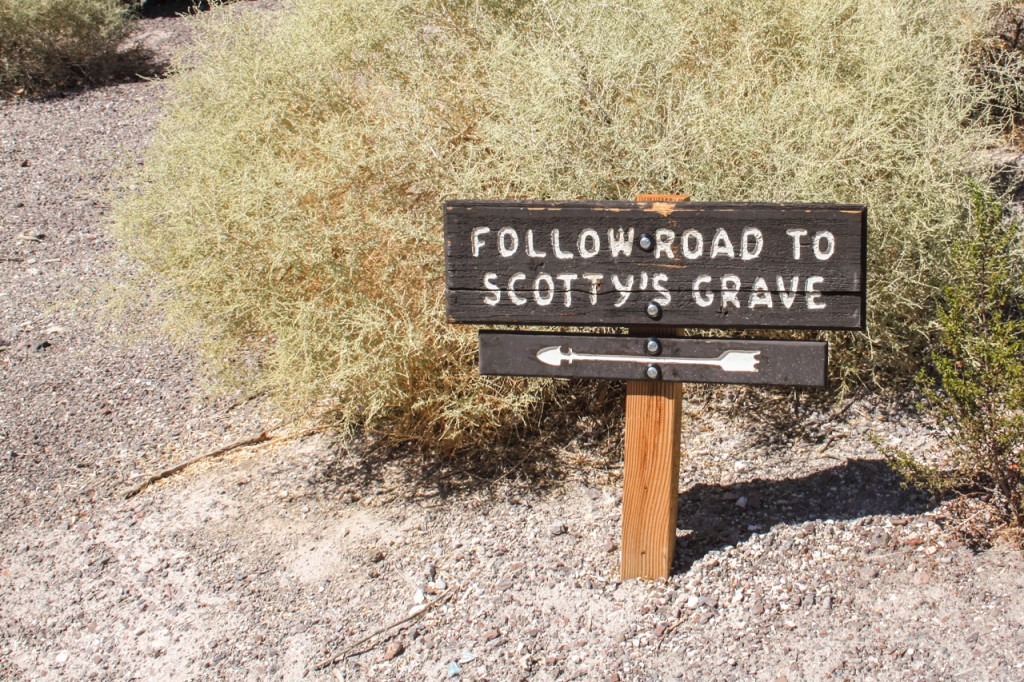 Before heading back South, we made a detour to Ubehebe crater, a large volcanic one. There’s a nice paved road up to the crater, where we park. So far so good, except for the second we got out of the car – WINDY like hell! Seriously, we could barely hold the doors of the car. Needless to say that we didn’t stay long and slowly made our way out of there. 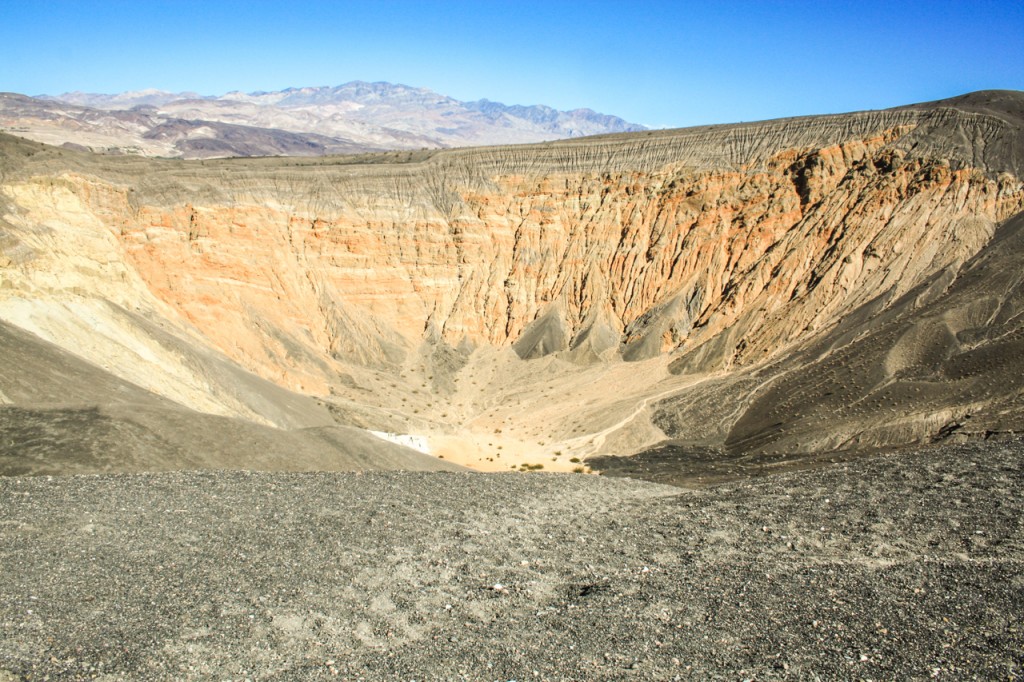 Furnace Creek is a small oasis community in the middle of the desert. Really, there are lots of trees, hotel, swimming pool and even a golf course. We didn’t stop because of this but to visit the main Death Valley National Park visitors center, as they always provide useful and relevant information, not to mention the obligatory bathroom stop.

We made our way further South to Badwater road. This road leads to the most famous site in the park – Badwater. Before we got there we made a few stops, including the Golden Canyon, where we walked inside for a little bit, and Artist’s Palette. This one is really beautiful with a colourful mix of rocks caused by the oxidation of different metals. 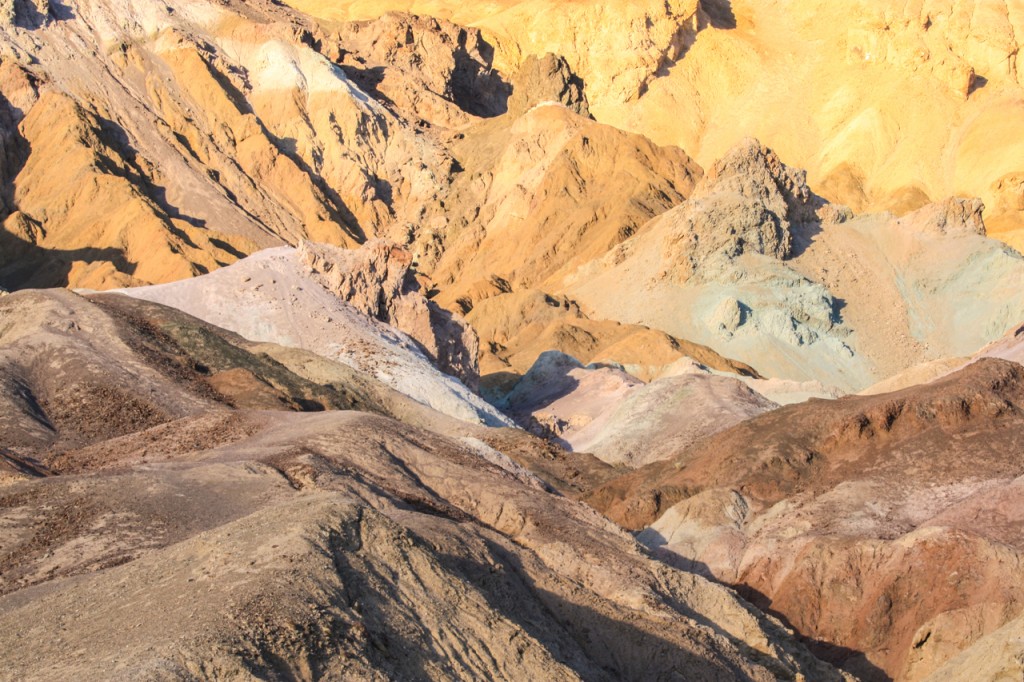 Close to the sunset we finally reached our daily goal: Badwater basin. A big attraction due to its salt flat 86m below sea level, the lowest elevation in North America. Being there at sunset is quite magical. We probably spent around 2 hours just hanging around, stunned by nature’s work. 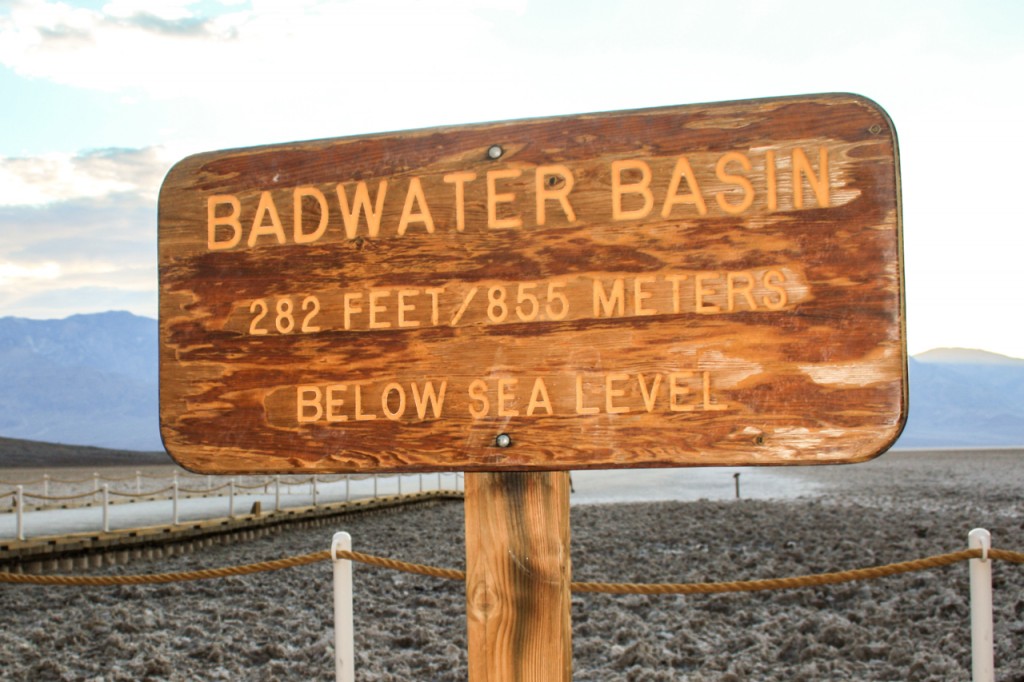 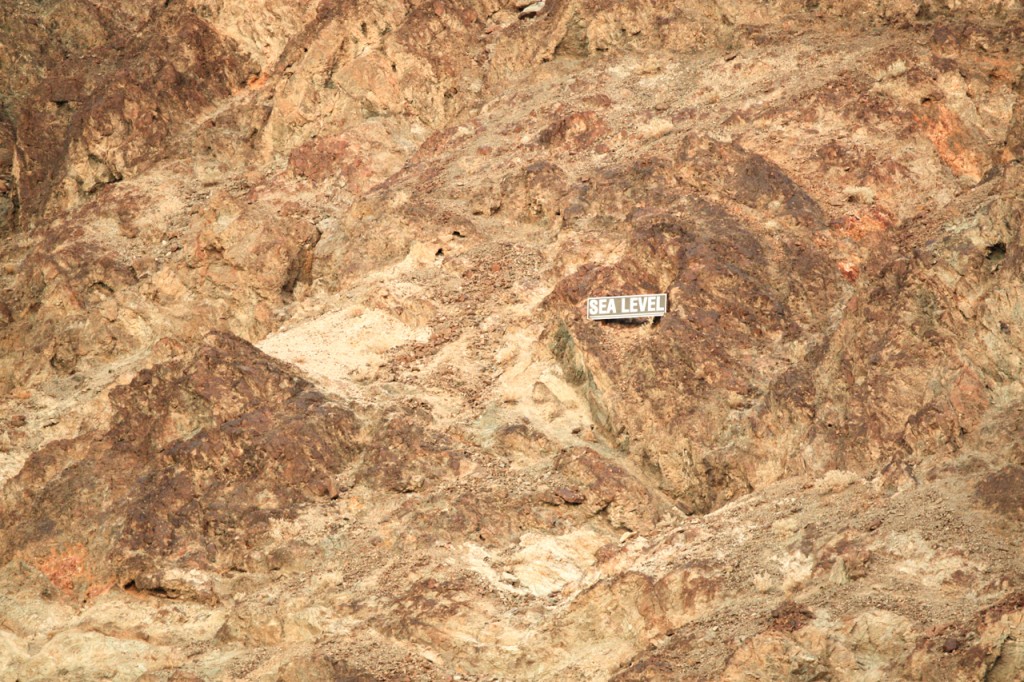 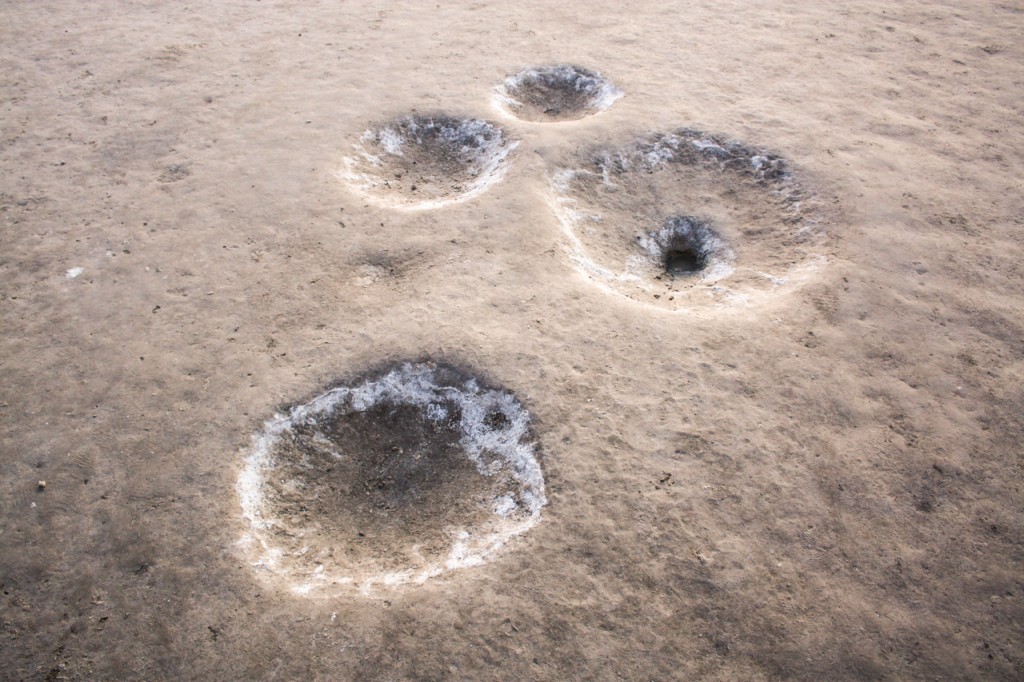 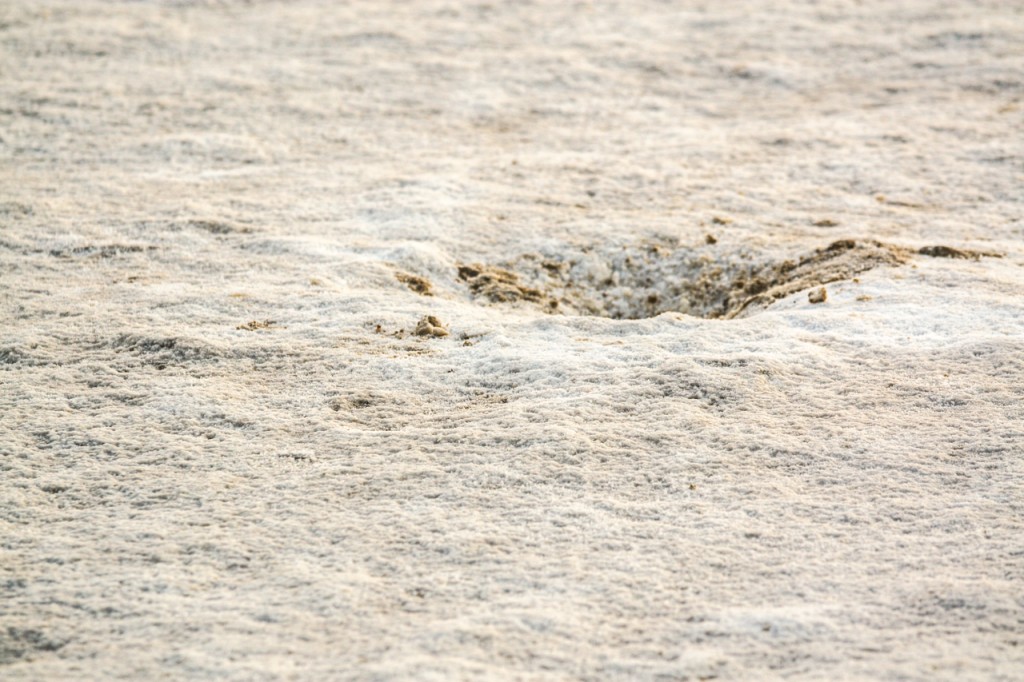 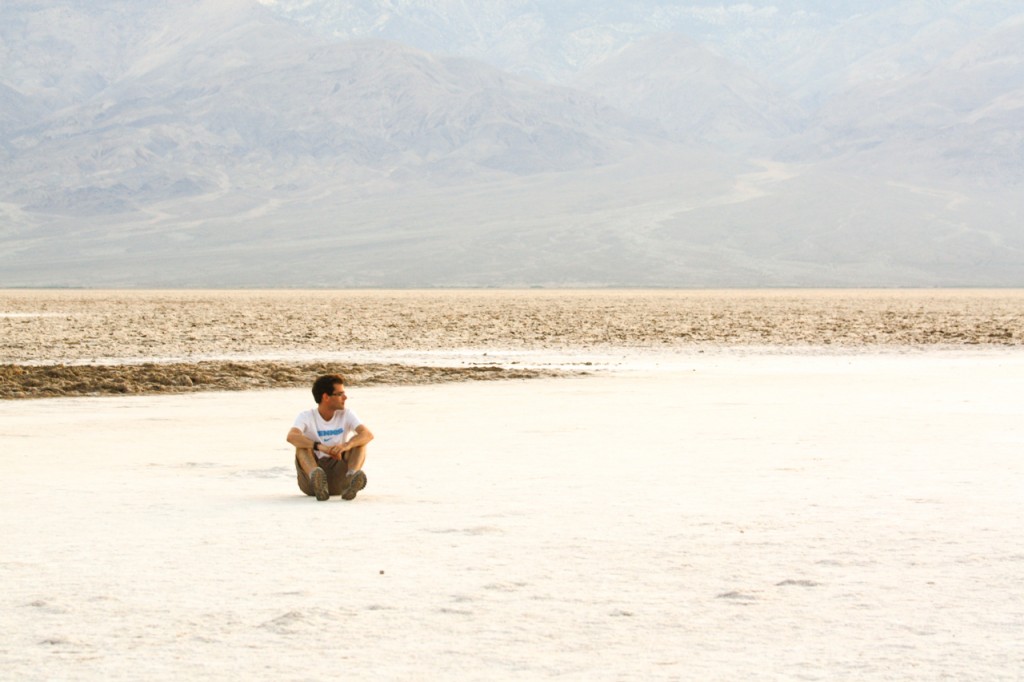 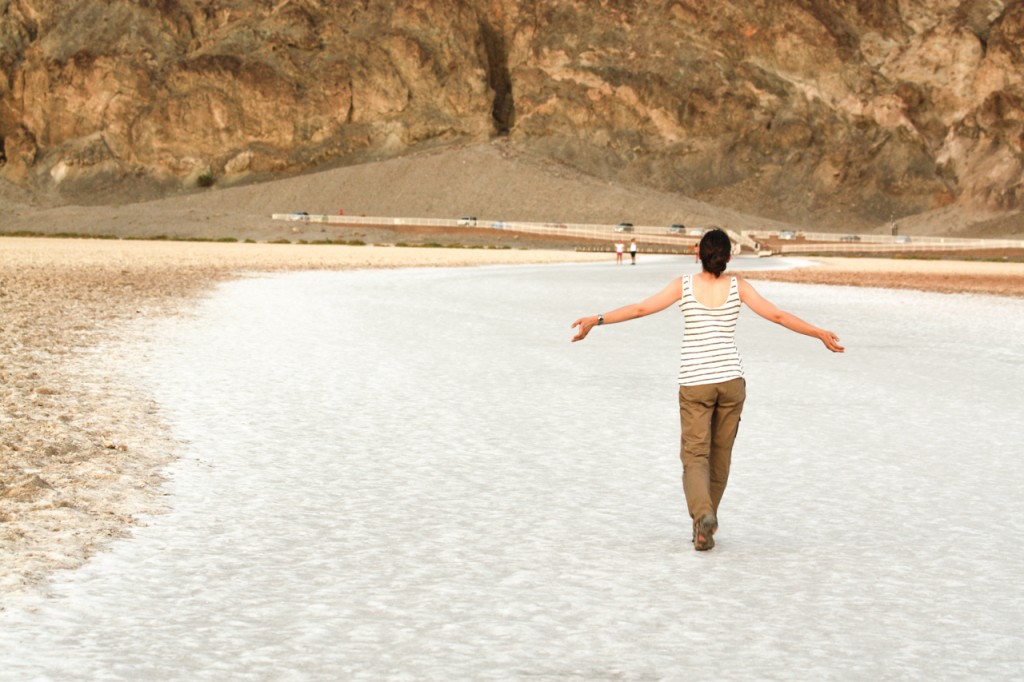 Walking on the salt, feeling it, is a very interesting and unique experience. Imagine this with 40 ºC at 7 PM! Cozy to say the least. Amazingly, the sunset to the North was of a bluish colour, whilst to the east it was a very strong orange, like if the sky was on fire. 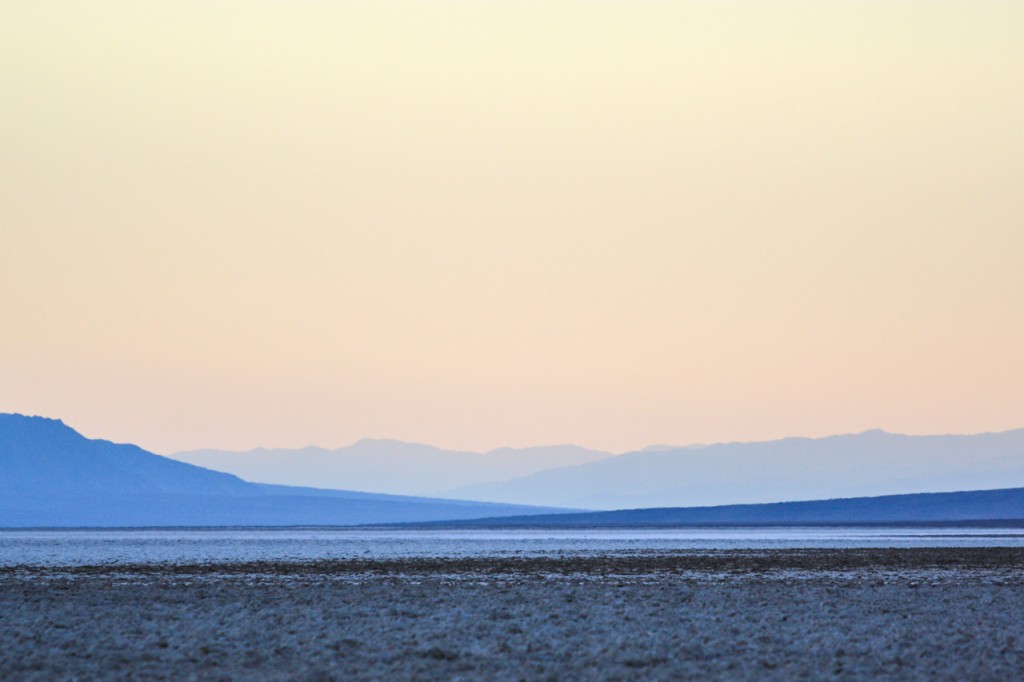 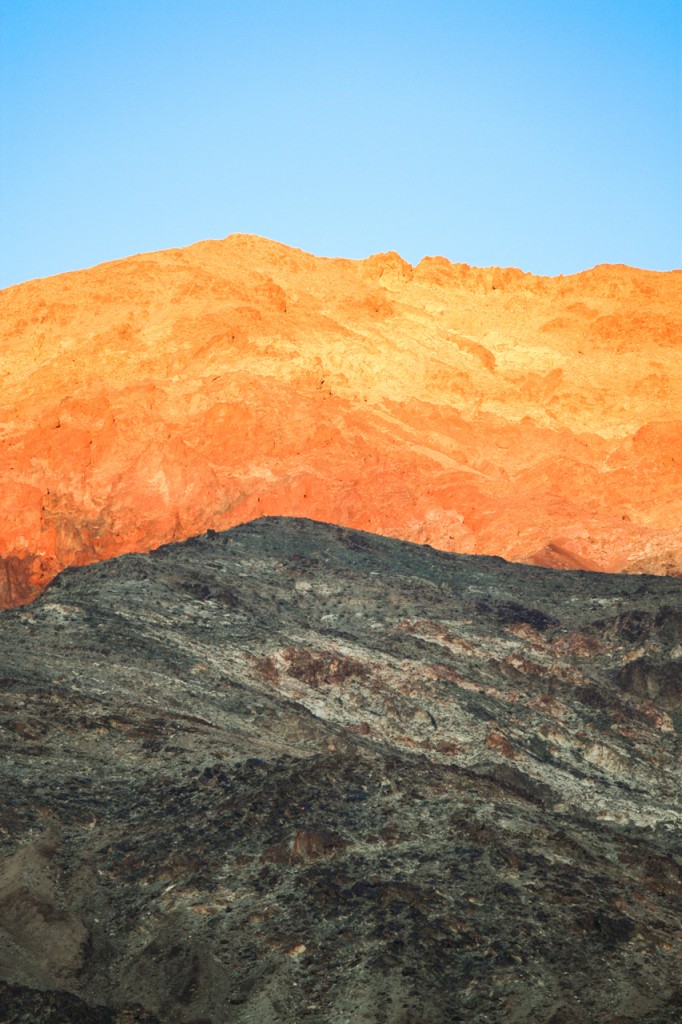 Colour contrast from the mountains 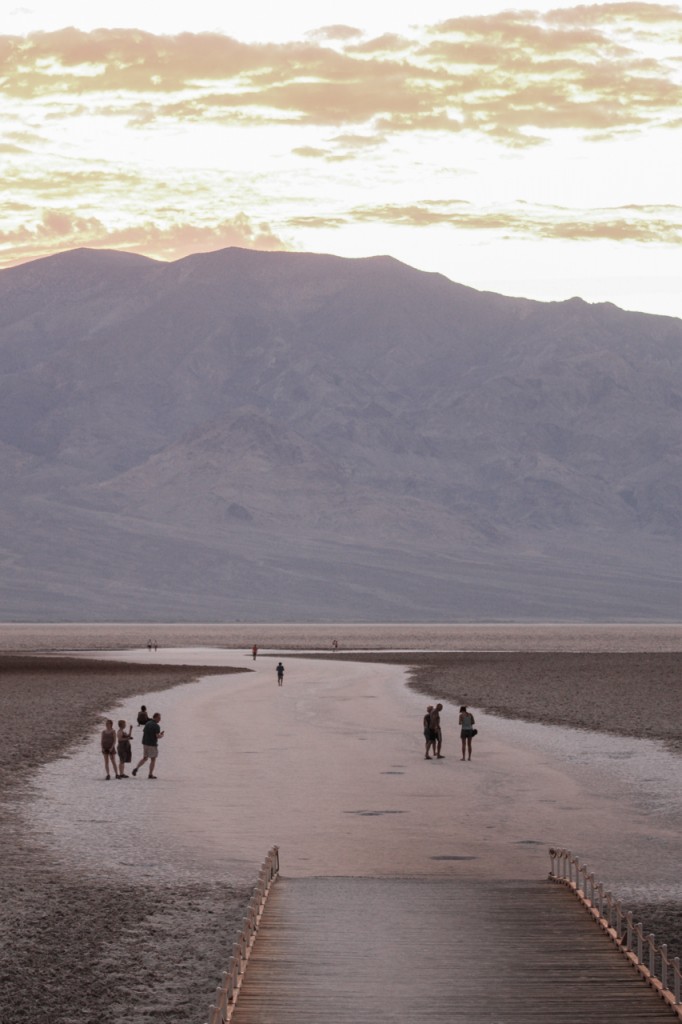 Full extent of the salt flat 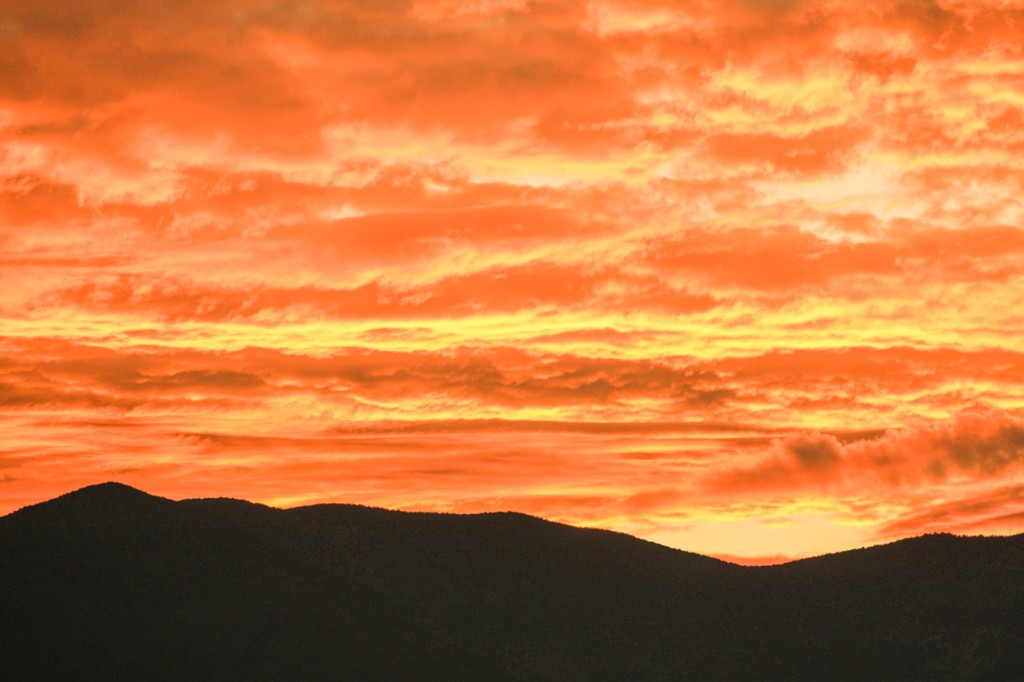 It was already dark when we left Badwater back to Beatty. Driving with total darkness on such a big and remote part of the world feels very intimidating, scary even. It took a while before we could spot the next lights on the horizon. 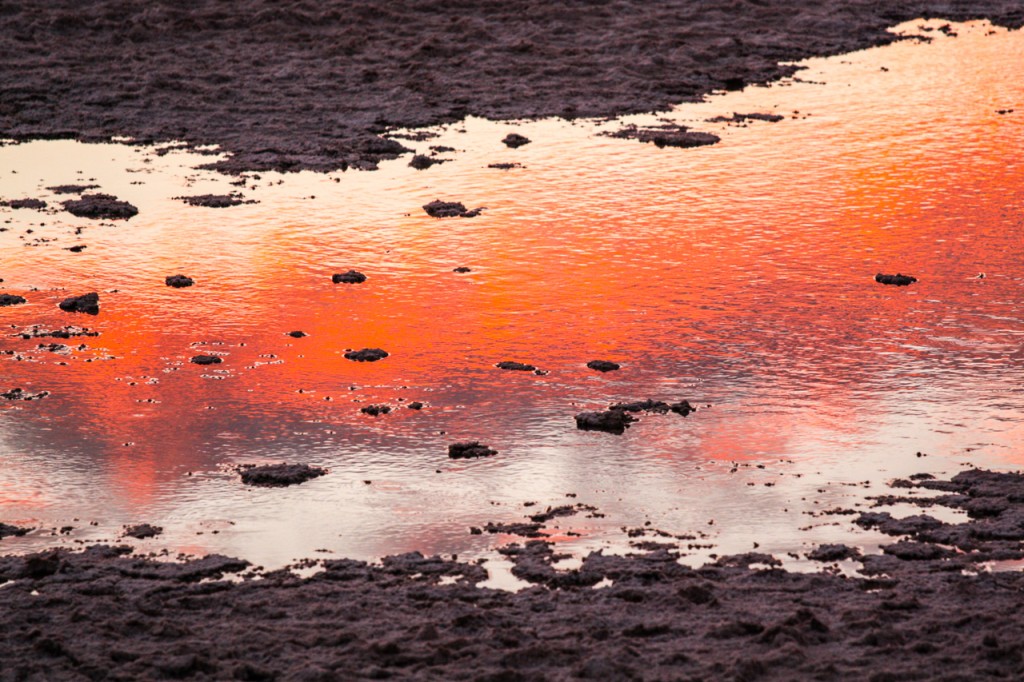 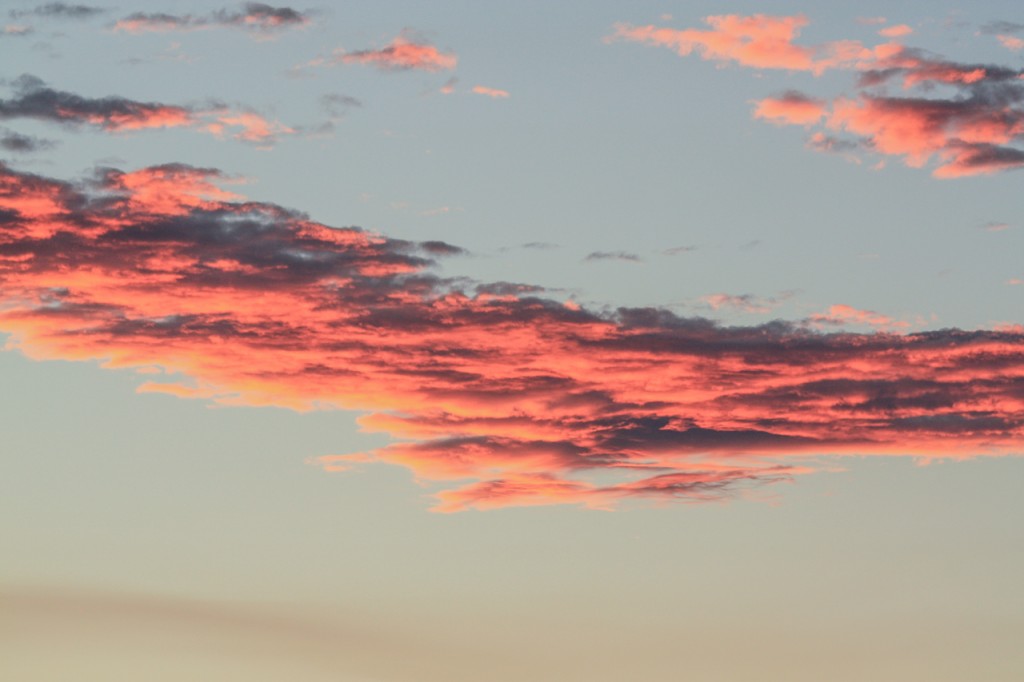 Visiting Death Valley was a very good decision. We were a bit reluctant at first, afraid that the heat would be unbearable, but it’s perfectly doable, we just needed to prepare properly. We took more than enough food in a cooler and plenty of water. A lot, really. We probably drank at least a couple of liters each.

Death Valley is so big that it’s impossible to see it all in a short period of time. We opted to get the most of our day there. Also, at this time of the year, since hiking is not recommended, some backcountry areas were kind of off-limits and others were only recommended to high clearance vehicles. We left some places for a second time visit, thinking of Dante’s view, Zabriskie point or Racetrack playa, among others.

Have you visited Death Valley? Would you do it in the Summer? Tell us all about it.

Read our other articles about California! 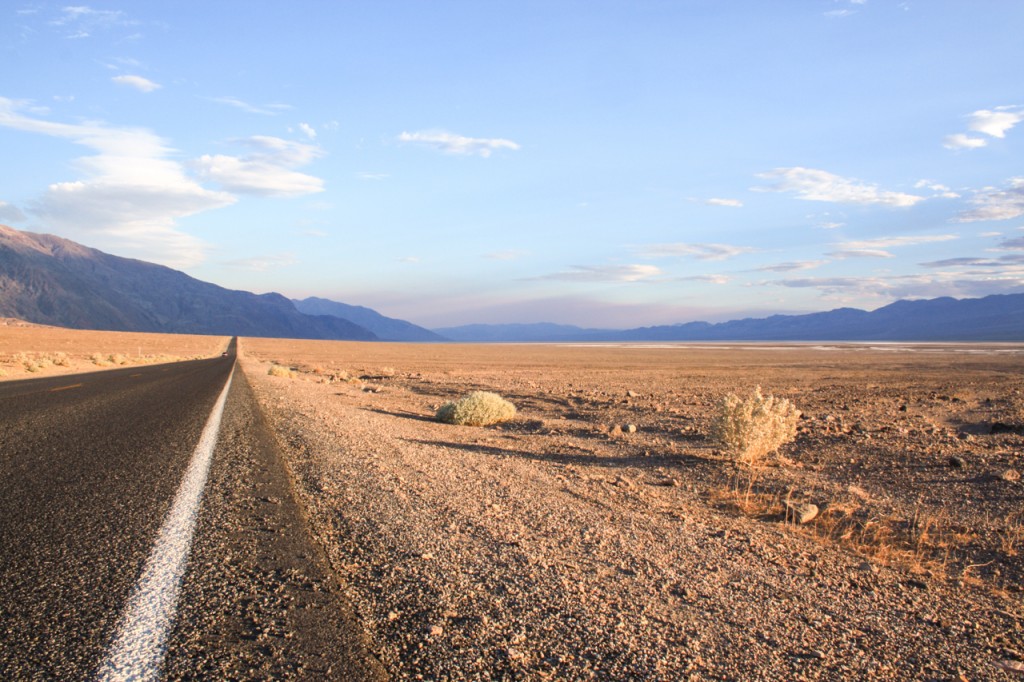