Puffin watching in Iceland - Breathe With Us 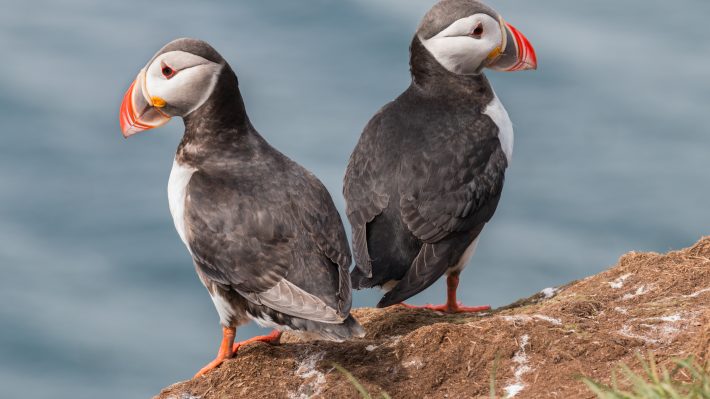 Puffins are Iceland‘s most popular bird for a reason. With their orange legs, striped colorful beak, and black and white plumage, these small birds are adorably cute. And, if you want to go Puffin watching, a summer road trip in Iceland is a great opportunity to see them from a close distance. Entertainment guaranteed!

Millions of Atlantic Puffins visit Iceland every year to breed and you can find them at various locations along the country’s coast, of which cliffs are they preferred and ideal environment. Cliffs are perfect for nesting burrows.

When Puffin watching, you’ll also encounter many other birds such as Arctic Terns, Northern Gannets, Guillemots or Razorbills. Iceland is actually a very good place for bird watching in general!

Let’s get back to Puffins. Here are some interesting facts to better understand these birds:

In case you’re wondering, the Icelandic word for Puffin is Lundi.

When to go Puffin watching

Puffins spend most of their life at sea, only coming ashore to breed, and this is when you’ll be able to spot them. The season usually lasts between May and August but, in certain places, it can start as early as April and finish as late as September (rare).

The best time for Puffin watching is probably June as they’re more likely to be closer to their burrows. Because this is nature it is possible that it varies per location.

Where to go Puffin watching

More than half of the world’s Puffin population choose Iceland as their home base, returning year after year to a place that’s familiar to them. This is good news for everyone looking to visit Iceland and adding Puffin watching to their list of activities.

There are various locations where you can see Puffin colonies in Iceland. These are spread across different regions and some are more popular than others. Not all are easily accessible or have the same numbers but in remote places Puffins tend to get closer to humans without feeling threatened.

The most popular ones are Heimaey, in the Westman Islands, Dyrhólaey, on the south coast close to Vík, and Látrabjarg, in the Westfjords.

Here’s a non-exhaustive list of places grouped by region:

Wherever you go, just don’t forget to bring your camera to photograph the Puffins. And if you have a zoom lens, you can get nice close-ups without disturbing the birds.

We visited Látrabjarg, Grímsey, and Dyrhólaey. Get ready for photos of cute Puffins in action!

Látrabjarg is Europe’s largest bird cliff and with its 14 km of length and over 400 m of height, this is one of the best nature destinations in Iceland. Many bird species, with numbers in the millions, live or visit Látrabjarg, making it a perfect location for bird watching.

Because Látrabjarg is quite long, we recommend at least a couple of hours to visit but half a day is definitely a better idea. Due to its distant location in the remote region of the Westfjords, not a lot of people visit Látrabjarg.

Grímsey is one of those places that doesn’t show up much in articles about Iceland yet this small island on the Steingrímsfjörður fjord is the best place we’ve been to for Puffin watching. There were thousands of Puffins there and all within very close distance and seamlessly undisturbable.

Despite the remote location in the Westfjords, the island is only a 10 min boat trip away from Drangsnes, a tiny village not far from Hólmavík. Well worth the trip!

We’ll let the photos show you why.

Are you looking at us?

Dyrhólaey is a small peninsula on the south coast of Iceland located very close to Vík. It is well known for its cliffs that numerous birds choose to nest, including many Puffins. The views from Dyrhólaey to the black sand beaches are quite famous.

This is one of the most easily accessible Puffin watching locations in Iceland and one that most people get to visit. If you’re traveling in Iceland during Puffin season, don’t forget to stop at Dyrhólaey.

Have you been Puffin watching? In Iceland? Let us know in the comments below! 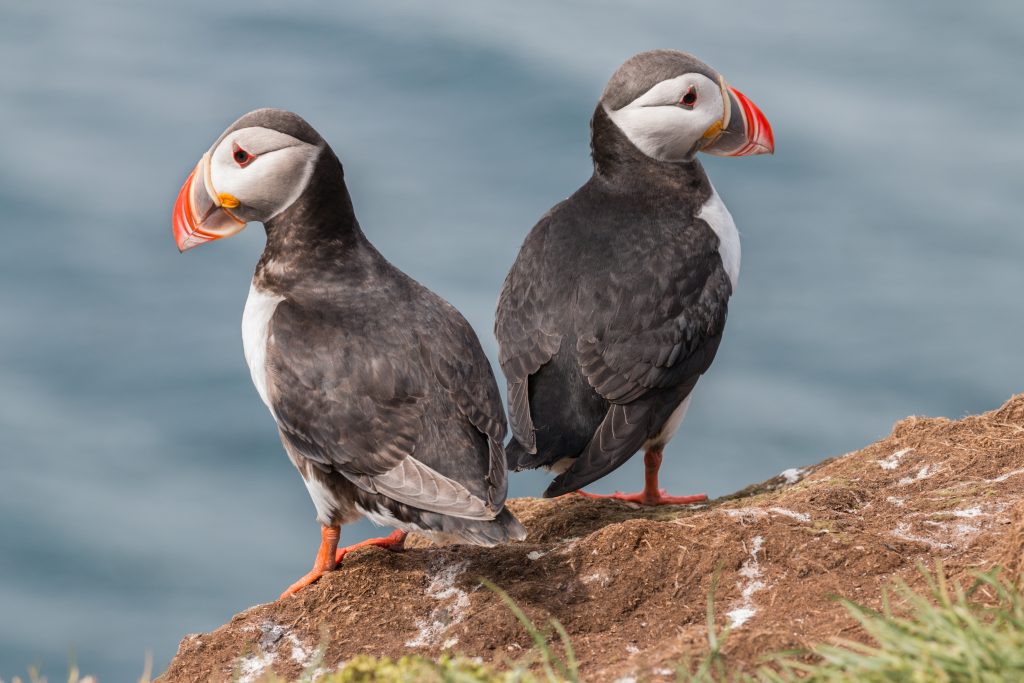