Best things to do at Península de Zapata - Breathe With Us 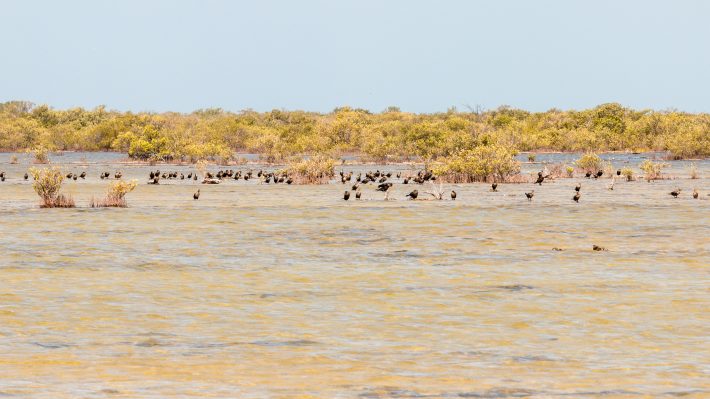 Planning to go off the beaten path in Cuba and explore the wilderness of the country? Welcome to Península de Zapata, one of the least populated regions of Cuba and probably the finest for wildlife and nature lovers alike.

Most of the Península de Zapata is protected and part of Ciénaga de Zapata, a nature reserve (also known as Gran Parque Natural Montemar). Its vast swamps and forests create the perfect habitat for diverse wildlife species, including many rare and endemic ones. Since 2001, Ciénaga de Zapata has been a UNESCO Biosphere Reserve. Ciénaga de Zapata translates in English to Zapata Swamp.

Beach lovers don’t give just up yet. Península de Zapata has over 30 km of beaches!

Historically speaking, Península de Zapata is also very important. In 1961, the Cuban army had a very crucial battle at Bahía de Cochinos (Bay of Pigs) against a US-sponsored invasion. Playa Larga and Playa Girón are well known due to this.

Let’s now look at the best things to do at Península de Zapata.

Founded in 1962, Criadero de Cocodrilos is a crocodile farm next to the main road that heads south in the peninsula. It houses hundreds of animals, separated in pools by age range and species.

Criadero de Cocodrilos plays a big role in conservation and, thanks to its efforts, two very important species have been saved, the endemic Cuban crocodile and the American crocodile.

Here you’ll find the tiniest crocodiles, but also seriously big ones. There are a few over 50 years old! The big guys can eat anything really, for example, big land crabs.

The entry to Criadero de Cocodrilos costs 5 CUC and a guide will explain how everything works there.

You can even “play” and have your picture taken with a small crocodile, whose mouth is safely closed in order not to eat someone’s fingers!

Us and a tiny crocodile

While visiting Península de Zapata, we stayed at Playa Larga, which happens to be where the headquarters of Parque Nacional Ciénaga de Zapata are located. This National Park is within the limits of Ciénaga de Zapata reserve. It proved to be quite a good location to explore the area.

Our casa particular was literally at the beach and had a lovely view from the balcony. Needless to say that the water was super calm and at a nice temperature. Perfect!

It’s easy to get to Playa Larga since the main road that runs south through the peninsula ends there.

Playa Girón is best-known as the main place of the Bay of Pigs invasion. Museo Girón documents this historic moment.

This is probably the biggest reason for a visit to Península de Zapata. The vast Ciénaga de Zapata and Laguna de las Salinas are a paradise of unspoiled nature and vegetation. Hundreds of wildlife species can be found here.

Access to this area is restricted and a guide is necessary. In order to get one, you’ll need to visit the National Park headquarters at the entrance of Playa Larga. For 15 CUC per person, a guide can be hired for half a day, although longer tours can be arranged. A small detail: you need to bring your own car.

The bumpy ride on the gravel road is definitely worth it. There are plenty of opportunities to stop and look for birds, including at some strategically placed lookouts.

The guide will identify the birds as he spots them. It’s heaven on earth for birdwatching! Just take a look at some of the birds we managed to see. And there are many more!

One funny thing about the ride was the crazy amount of crabs. In some areas, they would use all the road and then run away sideways as the car approached.

Definitely one of the best things to do at Península de Zapata is snorkeling and diving. The best spots are located between Playa Larga and Playa Girón, where some facilities that rent appropriate gear can be found.

In some places, all it takes is to park the car right next to the water and jump in. The coral reef is super close to shore and many different species of colorful fish await you!

Laguna del Tesoro is a lagoon with small islands. Each island has a hut and the whole area replicates a Taíno village.

How to get to Península de Zapata

Península de Zapata is located in the southern part of the Matanzas province, 150 km from La Habana.

It’s pretty straightforward to drive there as most of the road is on Autopista 1 and then south at Jagüey Grande intersection. Viazul buses also serve the peninsula, stopping in Playa Larga and Playa Girón.

We recommend that you watch our video with the highlights of our trip to Cuba, where some parts of the peninsula are featured! You can see it on our YouTube channel.

Have you been to Península de Zapata? Would you like to? 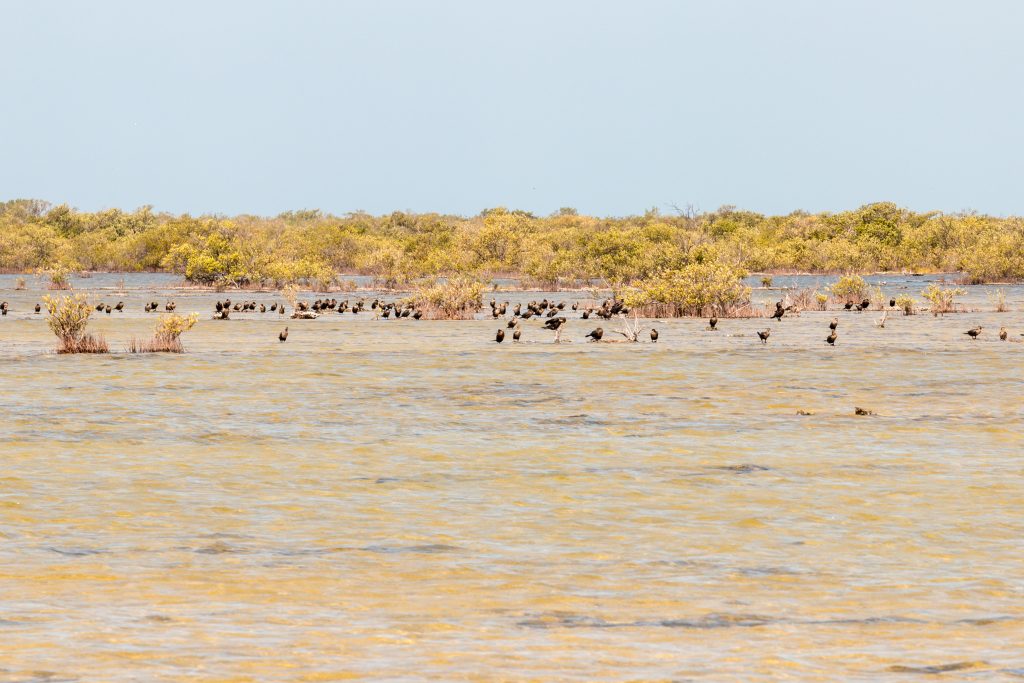