Sailing the Nile on a Felucca - Breathe With Us 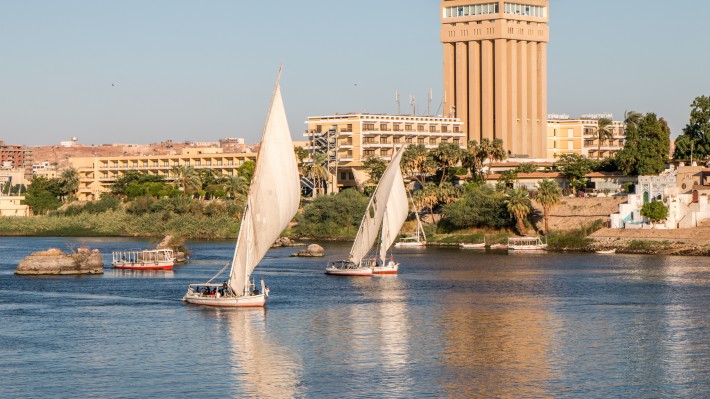 A visit to Egypt is not complete without a cruise on the Nile River, the world’s longest river and a source of life for Egypt and its ancient civilization. We knew we had to do it, but not aboard a regular cruise ship. Instead, we sailed the Nile on a Felucca, the traditional Egyptian wooden sailboat that has been around for centuries.

In total, we spent 3 days sailing the Nile on a Felucca, a totally new experience for us. A serene and enjoyable journey along the Nile which allowed us to get to know a bit more about Egypt.

Our journey started in Aswan, where we had been staying for a few days while exploring the south of Egypt, including the temples of Abu Simbel.

The typical route for cruising the Nile River is between Aswan and Luxor. However, because a Felucca is a sailboat that requires either wind or favourable currents to work (no engine!), this route is only doable for longer trips.

For our 3-day trip, the plan was to sail down the Nile as far as we could towards Luxor. The Nubian crew of our Felucca told us all about the boat and, with the help of our guide, the detailed plan for the next few days.

In short, on the first day, we were going to sail to a Nubian village on the bank of the Nile for a meal and to sleep. The second day, a full day of sailing. And the third day, a quick early morning sail to the place where the mini bus would be waiting for us to continue our journey to Luxor.

We had quite a big Felucca which was an upgrade from the initially planned, a bit more spacious and with a bathroom. In case you’re wondering, the Felucca is a very simple boat, with a covered (this fancy version!) open-space area where everything happens. Everything being eat, talk and sleep. The simple life.

Cruising the Nile on a sailboat is a very relaxing experience. Hearing the sounds of the sails and nothing else while seeing the banks of the Nile from a different perspective was great.

There was also time for a quick stop to jump into the Nile. Ok, maybe just knee-deep. And no, there are no crocodiles! Mosque on the bank of the Nile in Aswan

Aswan is located in a region with great Nubian influence and a few of their villages still exist on the banks of the Nile. The crew of our Felucca was entirely Nubian.

Our stop of the day was at one of those Nubian villages. The idea was to learn more about the Nubian culture while staying with a local family. These Nubian families get some vital income from hosting tourists at their homes.

We shared a couple of meals and the food was delicious!

We had a great time playing with the local kids (after they finished school!).

Nubian kids playing with our group

Nubian kids out on the bank of the Nile

Spending a full day on a Felucca

The second day of sailing was destined to be a long one. We started sailing very early in the morning and only stopped in the evening. It’s not possible to sail during the night.

And what did we do for that long? We must say it wasn’t an easy feat. Let us tell you a bit more about the life aboard a Felucca.

Food. All the meals were prepared by the small Nubian crew. Simple but good enough bearing in mind the minimal cooking facilities available on board. We probably had enough falafel and pitta bread for the years to come!

The most interesting part was during the afternoon when we were discussing different topics of the daily life of an Egyptian and how they compare with other countries. We were the only ones in the group from a non-English speaking country (although we live in the UK). It’s really interesting to discover the cultural differences between distinct countries and regions, and that’s one of the things that makes us want to travel.

The top of the Felucca was accessible and was a good spot to catch some sun and enjoy the view. Amazing to see how green everything is on the banks of the Nile and, at the same time, the desert is right there behind it. Later in the day, the boat stopped on the bank of Nile where we would be spending the rest of the evening and sleep. It was a very pleasant location, perfect for witnessing the sunset on the Nile.

Speaking of firsts, sleeping on an open boat was also new for us. It was a bit cold during the night but we had a couple of blankets to keep us warm. This was a great experience! Evening on the bank of the Nile Us and a Felucca

One of the advantages of cruising the Nile? Sunrises like this one.

Sunrise on the Nile

Around an hour later we reached the place where the small bus was waiting to take us to Luxor. And that’s a story for another time!

If you don’t want to or don’t have the time for long Felucca cruise, shorter trips are available from multiple towns along the Nile like Aswan and Luxor. Anything from 30 minutes to an hour or even half a day is available.

In times of great difficulty for Egypt and its tourism industry, there’s no shortage of boats and sailors available to take you on a Felucca ride.

And now, a video about our 3-day trip on a Felucca!

Have you been to Egypt? Would you like to sail the Nile on a Felucca? 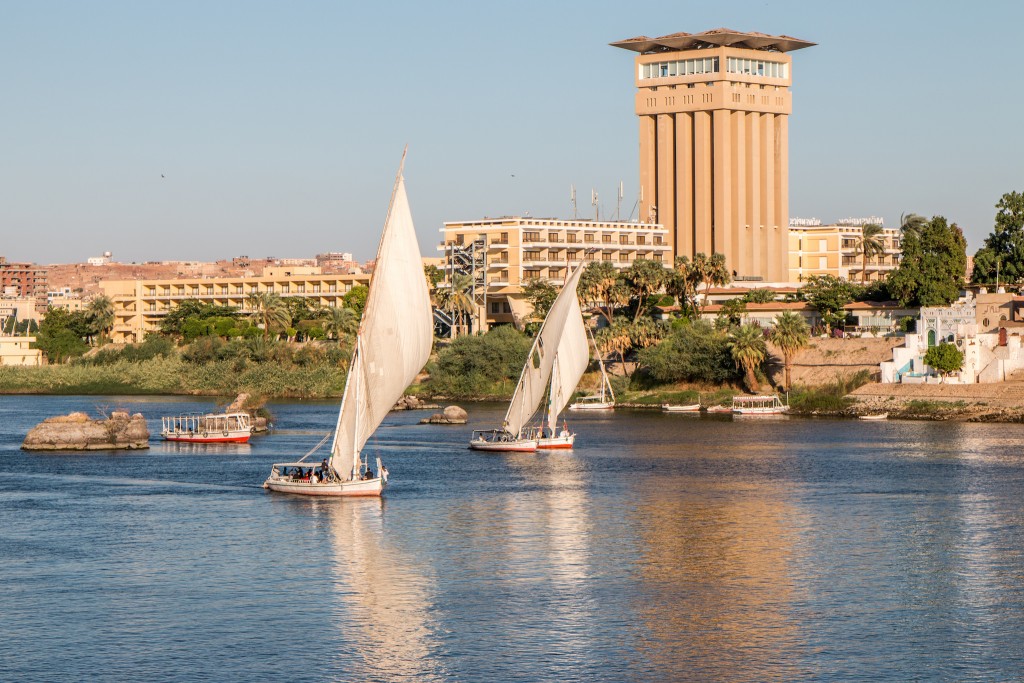