Monaco for the non-rich - Breathe With Us 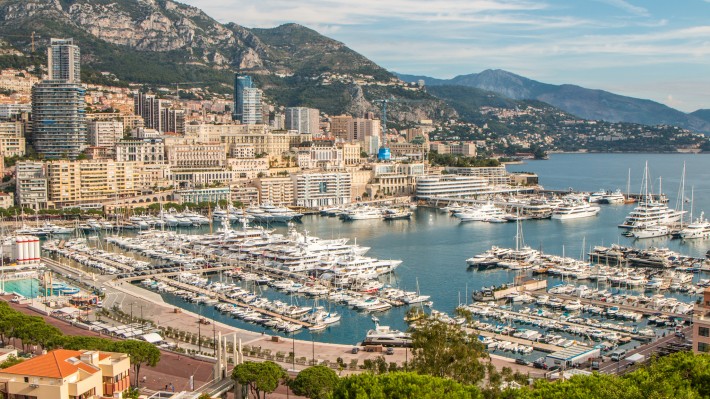 When one thinks about Monaco it usually means the playground for the rich and famous on the Côte D’Azur (French Riviera). The Casino, yachts or the Grand Prix are all well-known features of this tiny Mediterranean state.

Despite its reputation, Monaco is also for the non-rich and in fact quite popular with tourists that visit the French Riviera. The rich and famous are definitely an attraction for tourists, but Monaco is more than that and offers a few modern and historical attractions to keep you busy for a day or two.

Monaco is a Principality with Prince Albert II as the head of state. The Prince is part of the House of Grimaldi, which has been ruling since the 13th century! French is the official language but Monégasque is also spoken.

The old town of Monaco is known as “The Rock” and formally as Monaco-Ville. This is where the Palais Princier (Prince’s Palace) and other historical attractions are located. This area is mostly pedestrian and well worth walking around to discover a bit more about the history of the Principality, but also for the best views towards the famous Port Hercule and Monte Carlo.

We spent a good part of a day visiting it.

It’s best to start with the Prince’s Palace, of which you can visit the State Apartments on a self-guided tour. Although the Palace doesn’t look that impressive from the outside, the inside is another story. Simply stunning. Unfortunately, photography is not allowed.

There is a daily change of the guard at 11:55. In the picture, you can see one of the guards in the white uniform.

The 19th century Monaco Cathedral is not far from the Palace and can be visited as well. It is well-known for being the burial place of the former Princes of Monaco.

On the west side of “The Rock” is Fontvieille, which was built mostly on artificial land and can be seen from the Palace square or the Saint-Martin gardens in front of the Cathedral.

Probably our favourite part of our visit to Monaco was the Musée Océanographique (Oceanographic Museum). For starters, it has a stunning location and houses different ocean-related collections. Jacques-Cousteau was a director of the Museum for 30 years.

The basement is an aquarium with many tanks representing different ecosystems and with around 4000 species. The main collection of the Museum has a number of artifacts on display including skeletons, laboratory and research tools, and other interesting things.

The top floor has a restaurant and offers amazing panoramic views over Monaco and the Mediterranean. It also has a conservation area with a few African spurred tortoises.

From the top of the Museum

After the Oceanographic Museum, we suggest heading down to the Port through Fort Antoine, which is now an open-air theatre.

Port Hercule is likely to be Monaco’s most photographed place. It is the symbol of the rich, with countless yachts docked here, the majority bigger than our flat. Ok, maybe 10+ times bigger! Like we just said, it’s cool to check out the yachts and photograph them, but unless you know someone that knows someone that owns one, they’re off limits.

Besides yacht-watching, this area, known as La Condamine, has lots of restaurants, shops, entertainment and even a local market!

This is also where the Grand Prix starts and finishes.

There’s a small ferry that takes people over to the other end of the Port, which is cheap and a great idea to get a better sense of what it’s like to navigate the waters of Monaco, even if only for a few minutes. This service runs a few times an hour.

Monte Carlo is where the lavish and world-renowned Casino is located. It’s easy to tell you’re getting closer to it as soon as you start seeing ridiculously expensive cars. In fact, the most exclusive ones will be parked right at the casino’s doorstep.

It’s possible to go inside the casino even for those who do not gamble, but there are 3 requirements. First, you need a passport. Second, pay the entrance fee of 10€. Third, adhere to the dress code. Although not extremely strict, the dress code is checked by the staff. No need for a tie and a suit but forget about sandals and shorts.

The casino building itself is worth visiting due to its beautiful decorations. And why not spend a few minutes watching people throw away hundreds of euros? We surely enjoyed that.

Other places worth mentioning in Monte Carlo include the Ópera or the Grimaldi Forum.

After committing multiple sins at the Casino, you can head to the nearby Église Saint-Charles for redemption. Not that it’s going to help your wallet, so it might be safer just to steer away from gambling.

The streets of Monaco

Monaco is the cleanest place we’ve ever seen and virtually everything looks in perfect shape. Having tons of money surely helps, but this Principality is actually quite nice to visit and perfect for walking.

Despite being a bit hilly, it’s very pedestrian-friendly, including many streets that are off-limits for cars.

The streets of Monaco

The nearest airport is in Nice, some 40 km away. Buses run directly to and from the airport and stop at different and convenient places in Monaco.

Getting in by train is a good option. Monaco has a modern train station and frequent connections with France and Italy. For example, a train ride from Nice is quite fast and cheap. You can also get a TGV from Nice.

It’s quite easy to get in by car since there are no borders with France. The hardest part is parking.

For those with a bigger budget (read wealthy) you can get to Monaco by helicopter or by yacht!

One final, and funny, picture. Tourists should pay attention!

Have you been to Monaco? Would you like to visit? 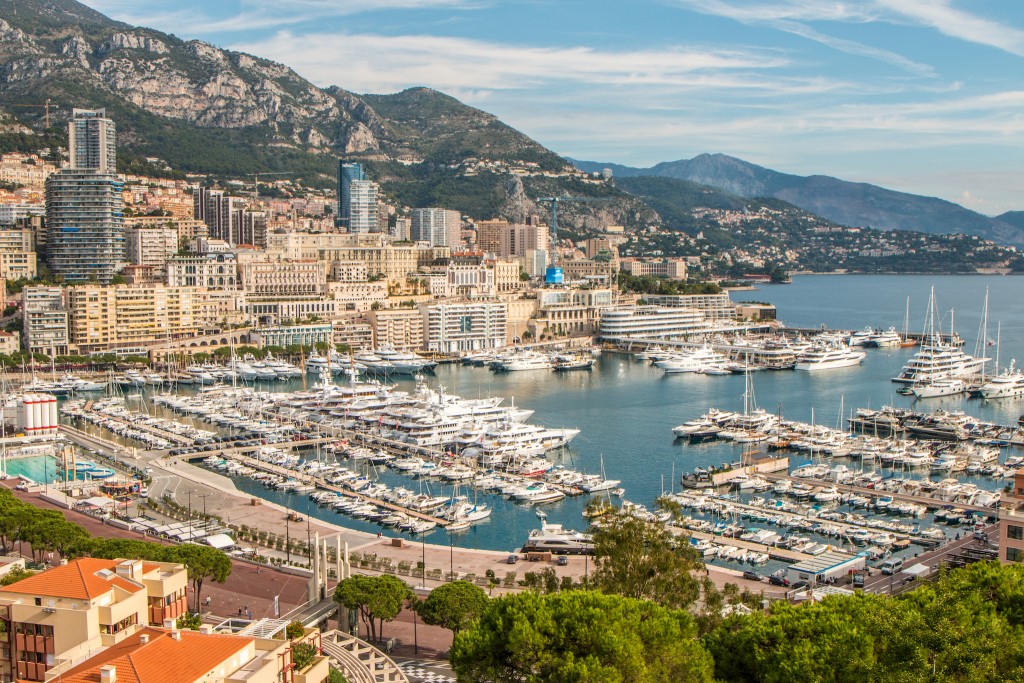