Exploring Luxembourg: Vianden - Breathe With Us 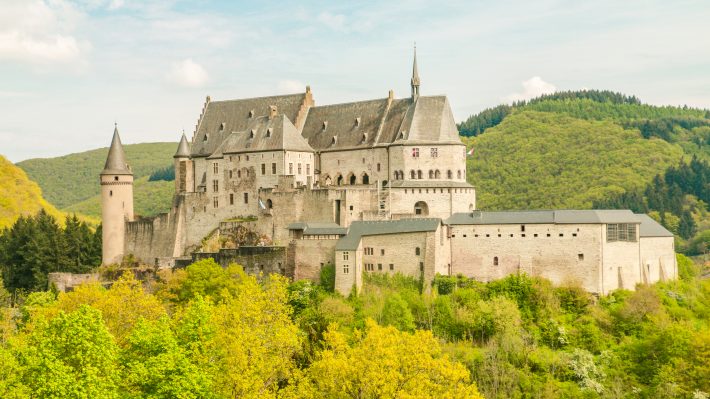 For most, Luxembourg is just a tiny landlocked country in central Europe, bordered by Germany, France, and Belgium. This sounds boring and with little to do and see. Wrong, so wrong. Let’s rethink this. Indeed a small country, but far from being dull and uneventful. During our road trip through central Europe, we managed to spend some time exploring the country, mostly on our way to the capital, where we were scheduled to meet a friend for dinner. This (little) time spent there proved the initial theory wrong and left us eager to return and take on other parts of the country we left out from this trip.

Our first real stop was Vianden. We had researched a little bit and decided this would make a perfect place to hang out for a couple of hours, mostly because of its magnificent castle. Just look at the featured image! Vianden is a small city (less than 2000 people) part of the Ardennes region in north Luxembourg, close to the German border to the east.

Also, being Portuguese in Luxembourg makes us feel like locals since close to 1/3 of the population is Portuguese or related. During the two hours we spent there we stumbled upon many Portuguese-speaking locals.

We were on our way south to Luxembourg city, the capital, coming from Belgium, and as we were exploring more of the eastern side of the country this was a natural stop for us. To get here from the capital, the most common place to get started in the country, is also easy. Just a mere 50 km from Luxembourg city.

Vianden has a very picturesque location with its castle on the hilltop side of the valley and a river down at the bottom. This was a very hot and sunny day in the peak of spring, and thus inviting for a walk.

We parked nearby the top of the hill and made our way down to the river area. This area is really nice, a short walk along the river is definitely recommended. On the other side of the bridge lies Victor Hugo House, the French writer.

The castle can be seen pretty much from every angle. Very imposing.

Church, where we parked

View from the river

We kept walking until the next bridge to make our way back to the other bank. Along the way, the castle was always present. In this area, there’s a chairlift from the lower level, up 200 m to a viewing point, that we didn’t take. Should be interesting, though. Before leaving, we stopped at one of the restaurants close to the town center, by the bridge. We had traditional food – pizza! Oh, and a giant crêpe as well. With our stomachs full we headed up the hill to grab our car. Smart move.

At this stage, we were done with Vianden and happy with what we saw. Our only regret was not going inside the castle. It’s really cheap and the views must be really good. Whether you’re going inside or not, Vianden is a great place to stop while in Luxembourg. We also felt pretty much like we were the only visitors there. Next time we’re in the region we won’t miss it!

Have you been to Vianden and Luxembourg? Let us know! 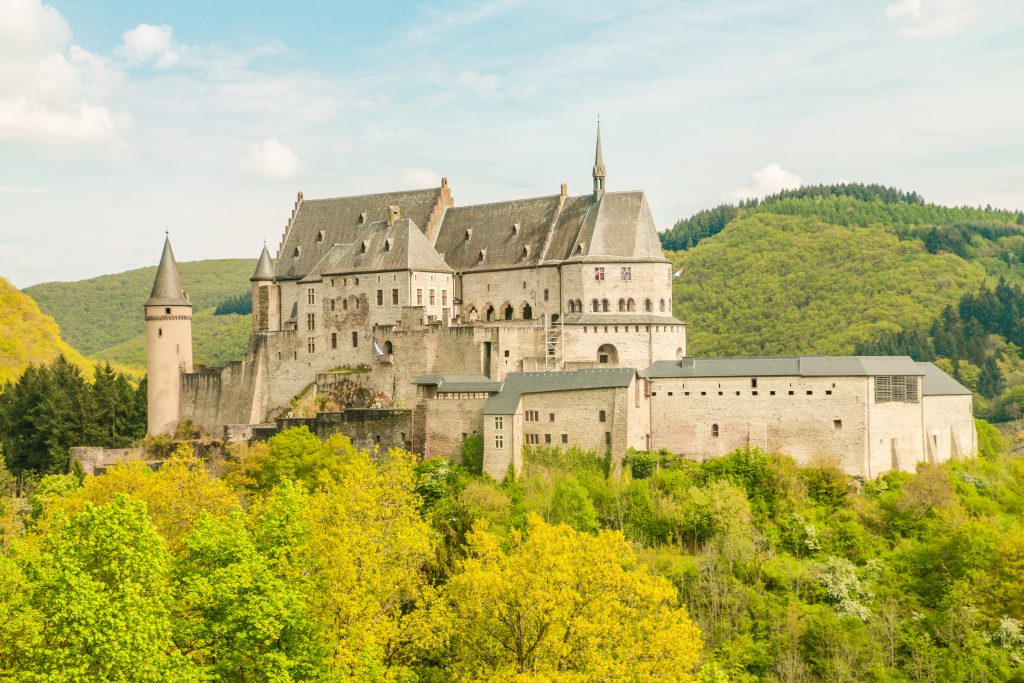