Jordan's desert castles - Breathe With Us 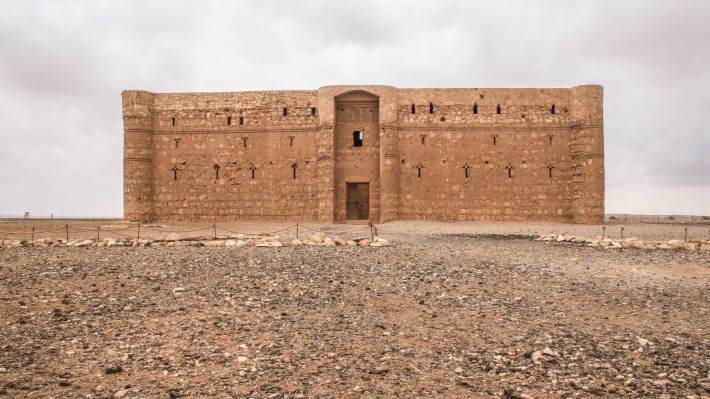 We’ve written about Jordan a few times before and showcased what this middle-eastern country has to offer alongside Petra, its crown jewel. Today, we’re adding another must-do activity to the list from our trip to Jordan, the desert castles.

Scattered in the desert, east of the capital Amman, the desert castles are a group of different early-Islamic structures. Most, in fact, are not even castles as they were not built for such purpose. These structures are amongst the oldest in Jordan, dating from the 7th century, and had multiple uses, such as hunting lodges, caravan stations and trading centres.

We had the opportunity to visit three of the desert castles, Qasr Kharana, Qasr Amra and Qasr Azraq, as a half-day loop trip from Amman. Roughly 200 km through the desert, but surprisingly cold for a late spring morning.

Let’s find out a bit more about them.

The first stop of the day was at Qasr Kharana, one the most-visited desert castles and a remarkably well preserved one. After a brief explanation from our guide, we were free to roam around this 2-floor “castle”, which had no military significance and was most likely used as a caravan stop. Despite being right next to the highway, the only things in the vicinity are power lines, making Qasr Kharana stand out from the desert landscape with its square shape, only 35 m wide.

Inside, there’s a central courtyard from where all the main rooms connect and the second floor can be accessed. It’s important to highlight the arches on top of every entrance and the layout of the rooms, connecting to others, almost like small apartments. Ancient Arabic graffiti can be found in some of the rooms. 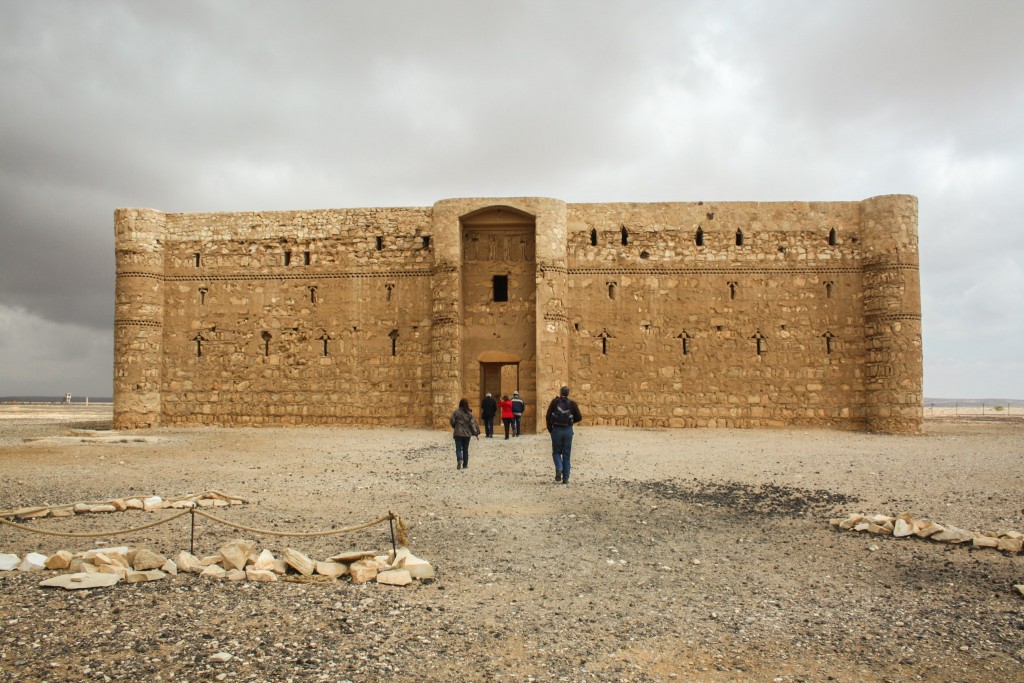 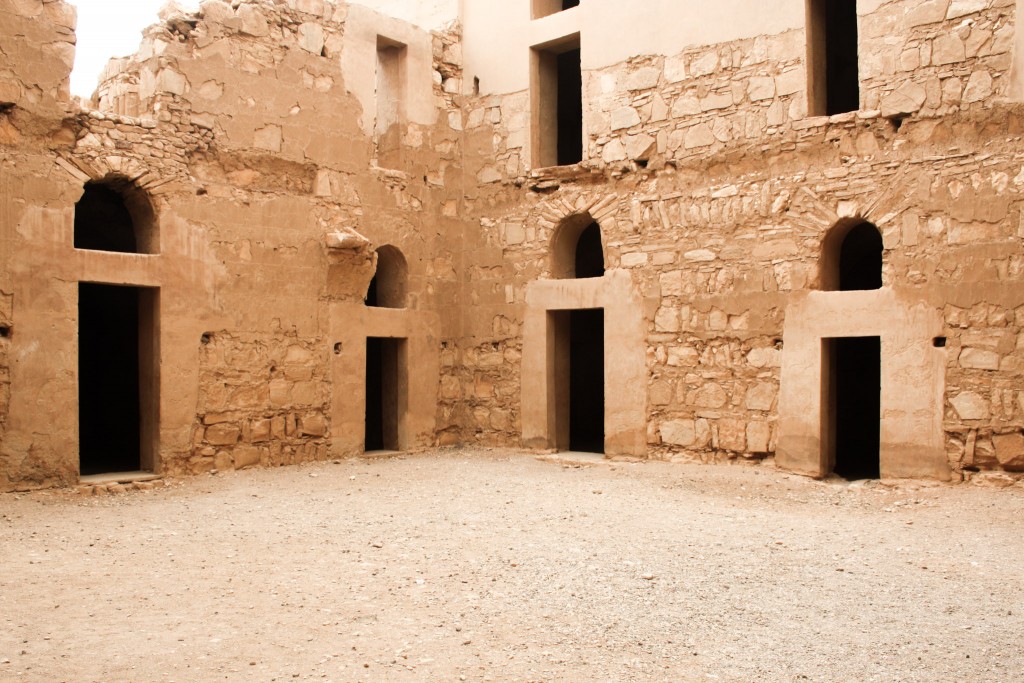 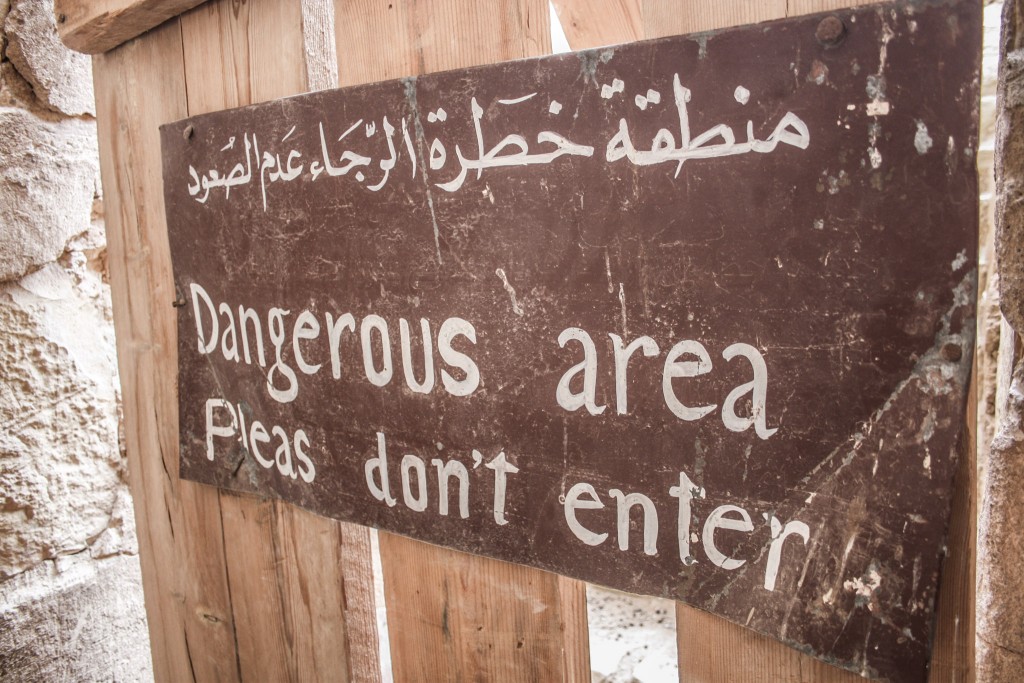 Very close to Qasr Kharana is Qasr Amra, the second desert castle we visited. Nowadays, only a small part of what once was a larger complex with an actual castle remains. It may not sound very interesting, but it’s actually the other way around. Qasr Amra is of utter importance due to the frescoes on its walls and ceilings, which led to it being recognised as a UNESCO World Heritage Site.

The frescoes are a fine example of Islamic art and depict hunting, naked women and the zodiac. The details are superb, even as seen from non-expert eyes like ours. Another thing worth mentioning is that when we visited, there were a few specialists doing important conservation work. 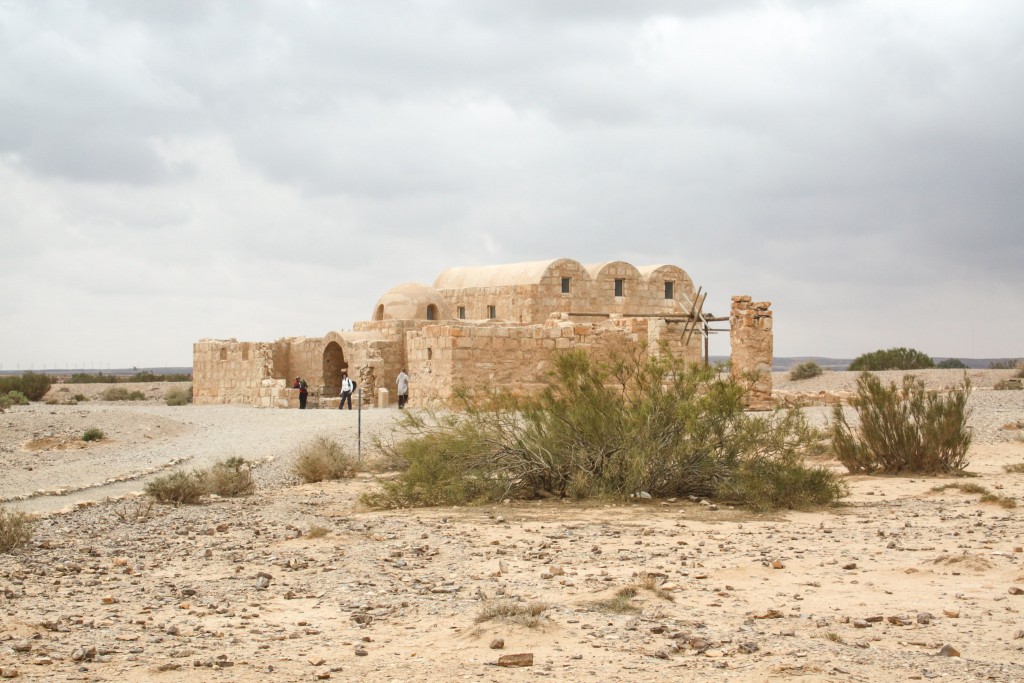 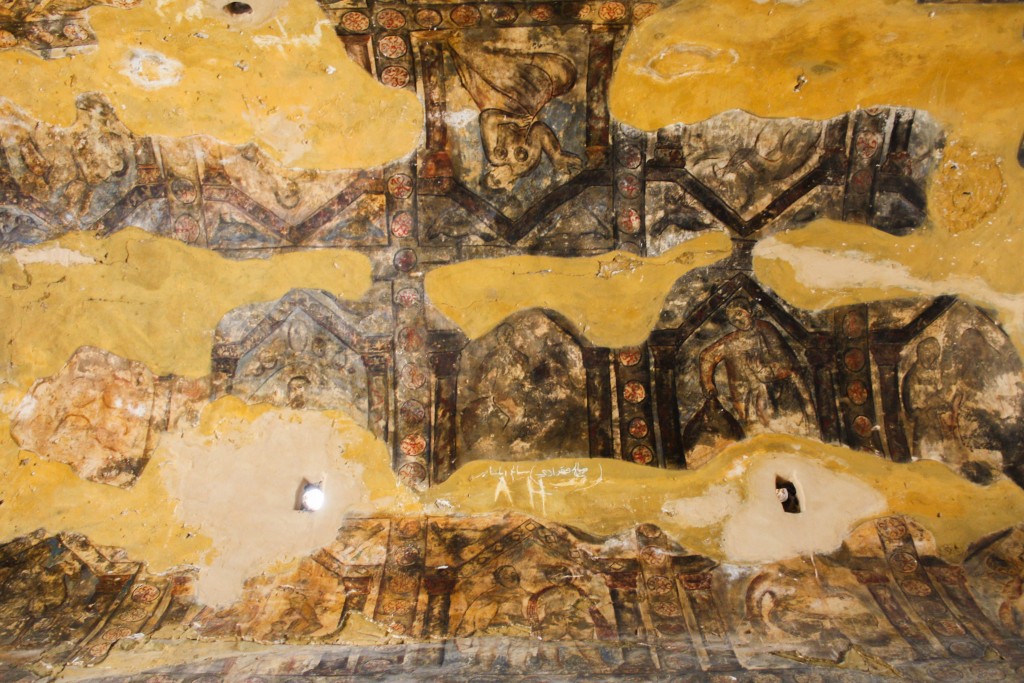 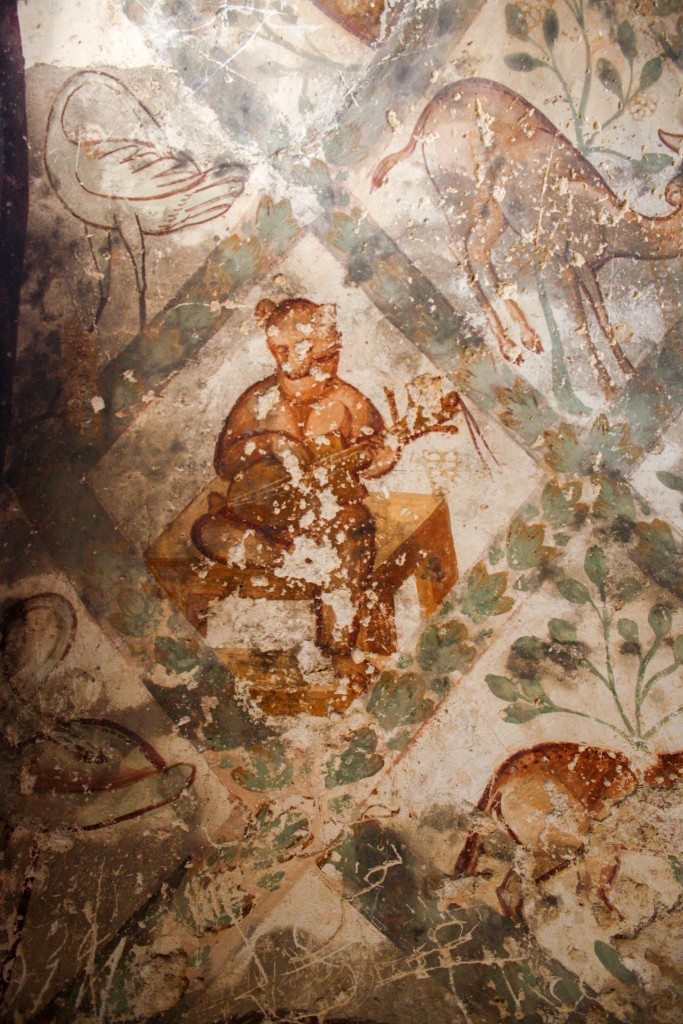 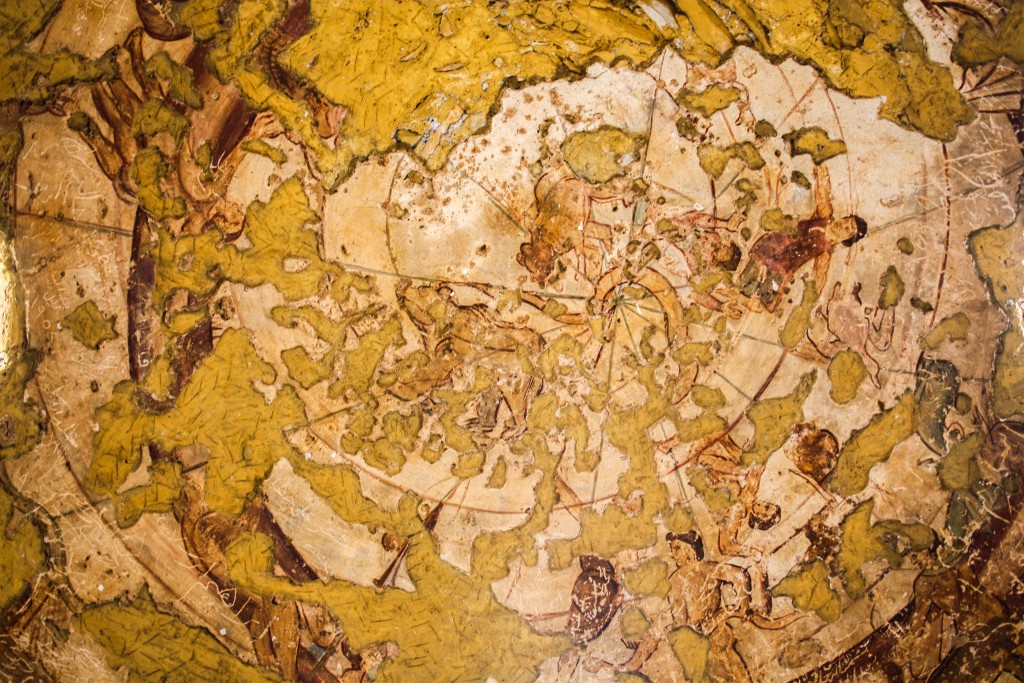 Qasr Azraq was the third and final stop of our desert castle loop. Shortly before getting there, one thing that caught our attention was the big military base. Jordan has a very important position with nearby countries such as Syria, Saudi Arabia or Iraq.

Of the three desert castles we visited, this is the one that resembles the most to an actual castle or fortress, and by far the biggest. Another difference is that Qasr Azraq is located within the limits of a town – Azraq, thus with a very different settings comparing with the other two. Plus, the stone colour is of a distinctive basalt black tone.

The location of Qasr Azraq was strategically very important due to its proximity to the Azraq Oasis, the only water source in this desert region. Throughout the centuries, it was occupied multiple times and used for military purposes. Lawrance of Arabia was the most recent and famous “tenant”. The plaque outside the castle sums the long history of the place in just a few words.

The big central courtyard is where we spent most of our time and gives access to some of the few rooms that exist and to the upper level. Not much to explore in great detail, but overall an interesting structure. 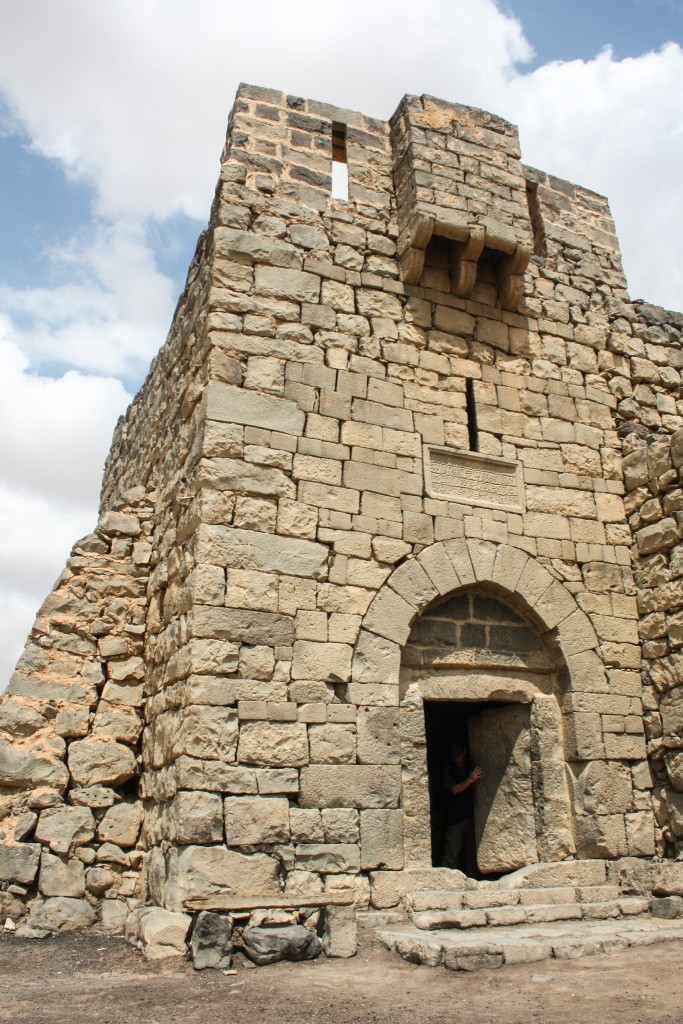 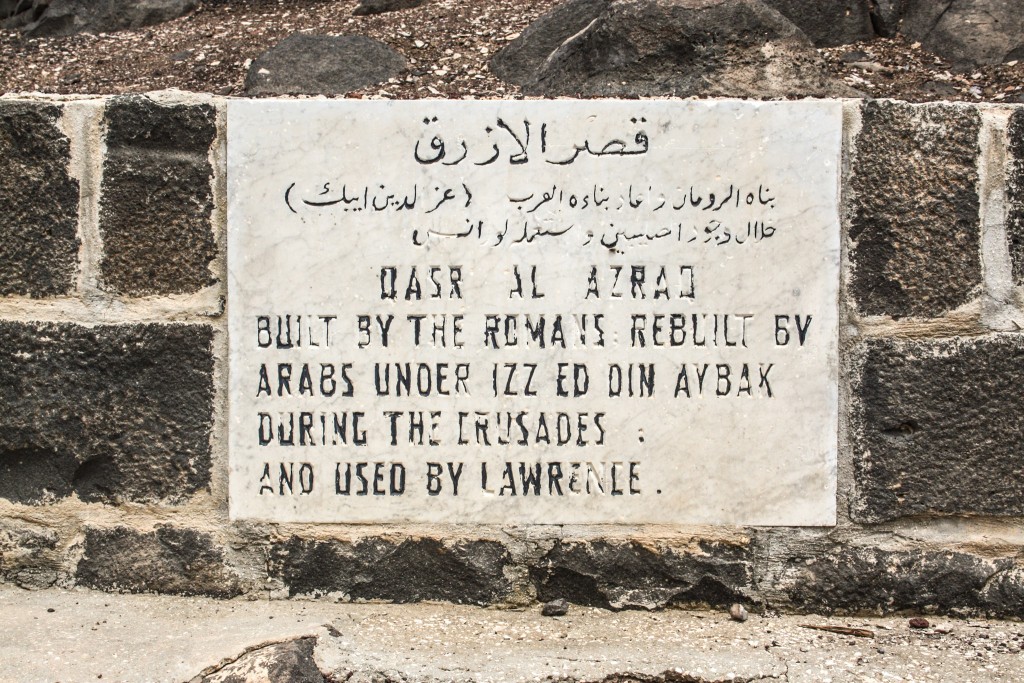 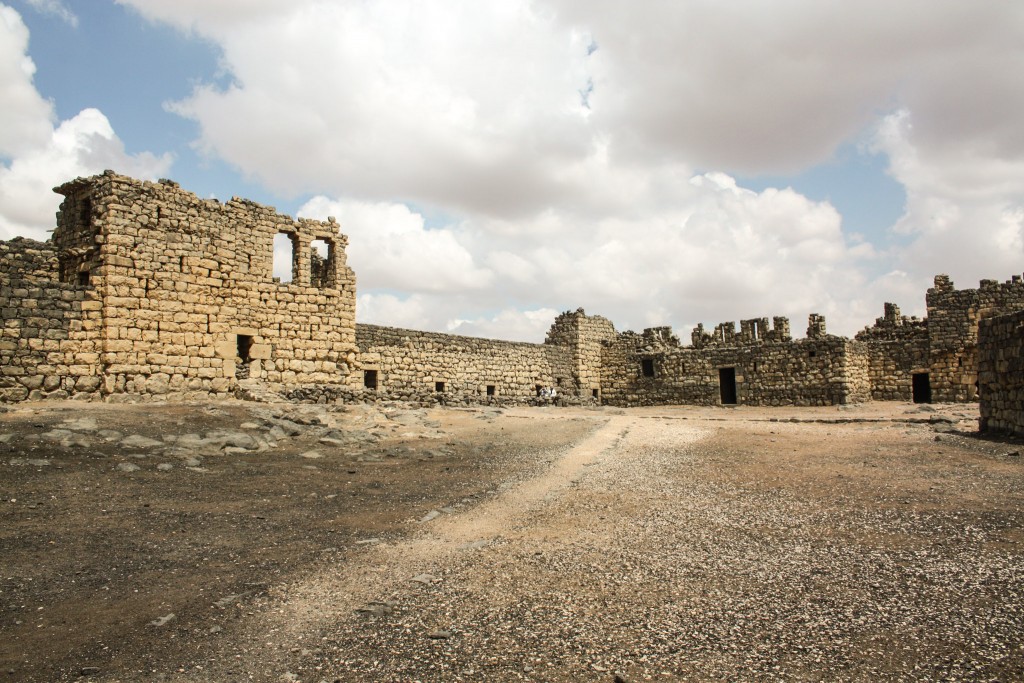 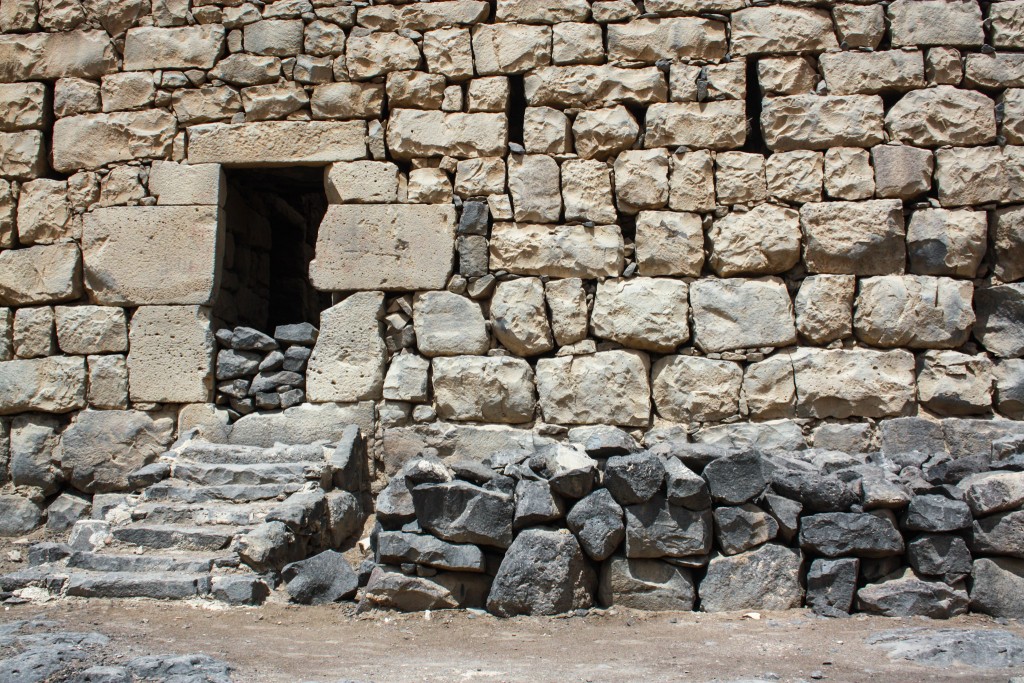 After three desert castles, we made our way back to Amman and onwards to the Dead Sea, but that’s a story for another time.

Have you been to the desert castles? 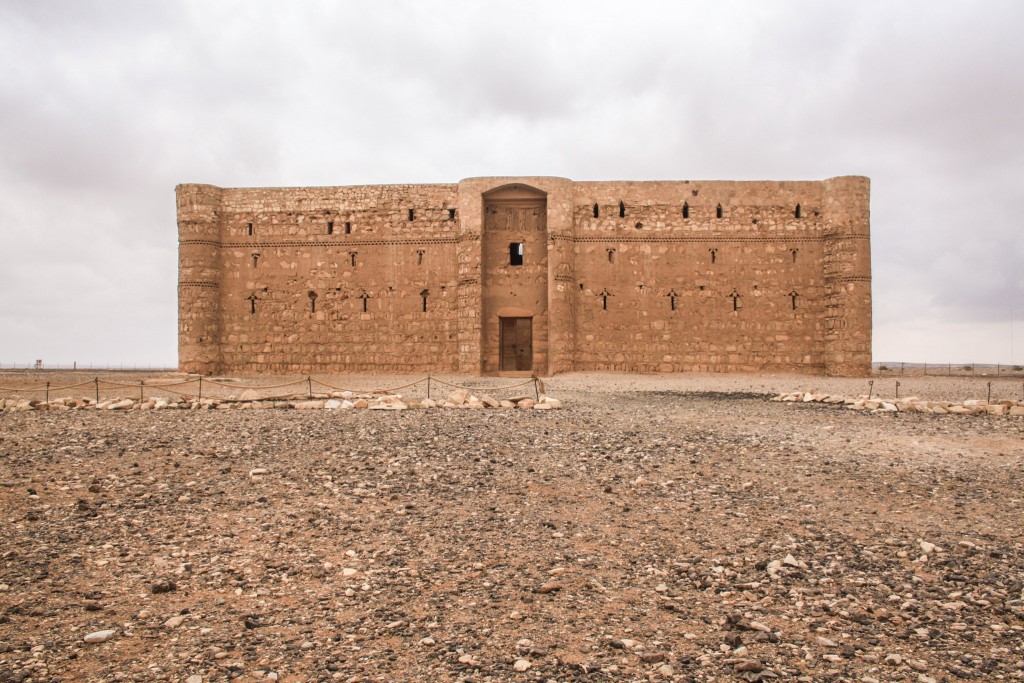