Inside the ice cave - Breathe With Us 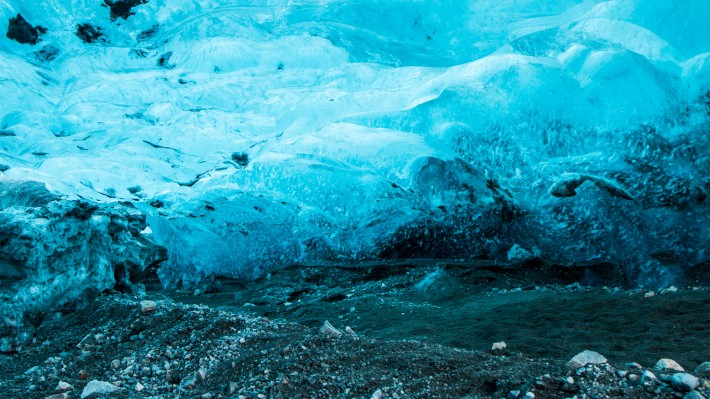 Glaciers are one of nature’s most amazing wonders and Iceland one of the best places to admire them. Now if seeing glaciers is great, going on one is even better and an experience everyone should try at least once during their lifetime. With proper guidance, of course.

This time, we’re going to skip the fun of walking on a glacier altogether and move straight to the next level of glacial exploration, which is going under the glacier. What? Yes, during winter time, crystal blue ice caves form under the glaciers and due to the low temperatures they become stable enough for a visit. Again, proper guidance is a must.

For my solo trip to Iceland this past March, going to an ice cave ranked very high on my to-do list. After all, I had to make the most of the last remaining bits of the Icelandic winter. Almost immediately after confirming that I was going back to one of my all-time favourite destinations, I started to look for an available tour. Even three months in advance, everything was pretty much sold out, but I eventually managed to secure one slot with Ice Guide after some intense research. So very glad I did! 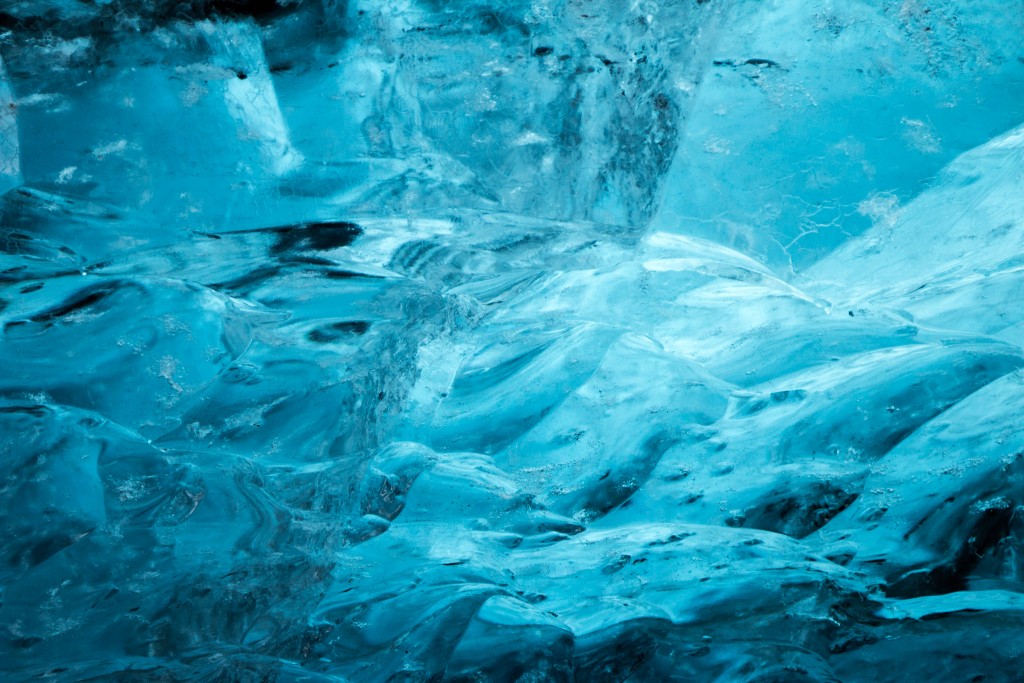 Crystal blue inside the ice cave

The ice cave tour was scheduled to depart from the café at Jökulsárlón, also known as glacier lagoon, at 1 PM. Since I was sleeping relatively close to it, in Hali, I spent the whole morning re-exploring the area. It’s a part of Iceland that never ceases to amaze.

Shortly before 1 PM, my friendly guide Óskar showed up on his super Jeep, highly modified for the rugged terrain and all of the off-road driving that is required for this type of activity. He quickly introduced himself and checked that the whole group was there, 10 of us.

Going in the super jeep felt a bit odd at first, but once we left the ring road towards the glacier things got more interesting, as in completely off-road interesting. The trip to the glacier took around 20 minutes, with some epic descents into river banks and ice-breaking fun with the monstrous tyres. These type of super jeeps are able to release the tyre pressure in order to better tackle the terrain and it requires a lot of experience to be able to drive to these remote locations, especially under these circumstances.

We stopped right next to the glacier and after a quick safety briefing and time to setup helmets and spikes, off we went. Helmets are not to save one from falling ice but to avoid bumping our heads since the ice would probably crush us anyway. Good to know!

Instead of going through the lower level entrance we had to walk a bit on the glacier and then enter from the top, this due to the ice not being that stable in certain parts. I was the first to get to the ground level inside the ice cave and, as everyone slowly descended into the cave and Óskar helped them with the man-made ice steps, I just stood there as if frozen. Wow! Truly incredible. The different types of blue that can be seen are out of this world. After just a few seconds, I thought to myself: this is one of the best experiences ever! 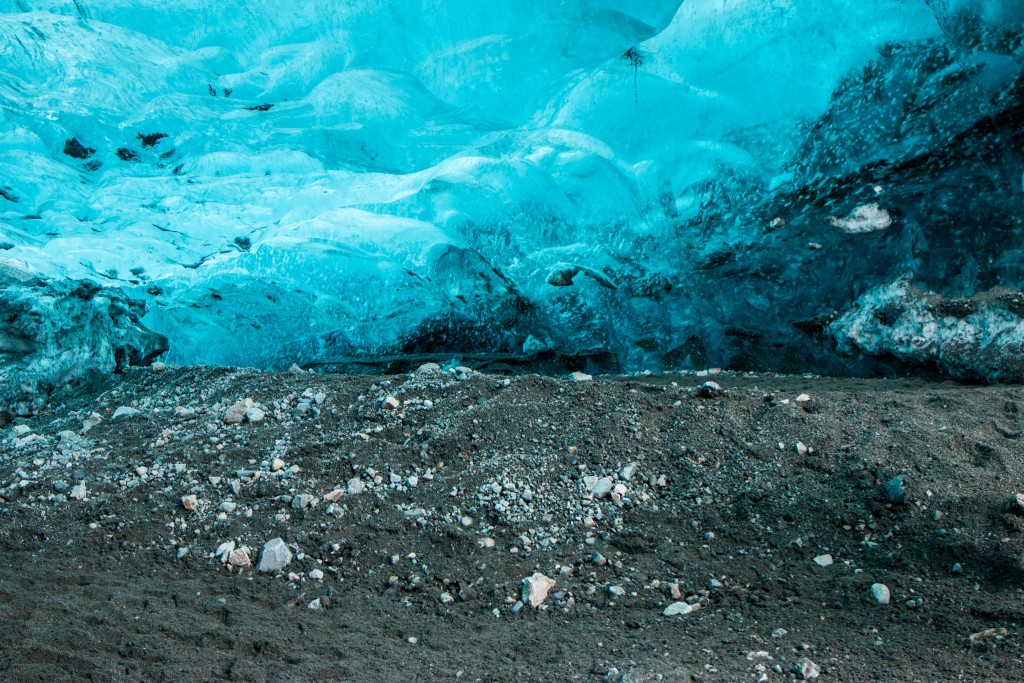 Main section of the ice cave

From here everyone was free to roam inside the ice cave, bearing in mind some precautions. The ground level of the ice cave was full of gravel and rocks due to water flowing through it the week before and bringing a lot of debris with it. Still, there were 3 different sections that could be explored and time quickly flew. 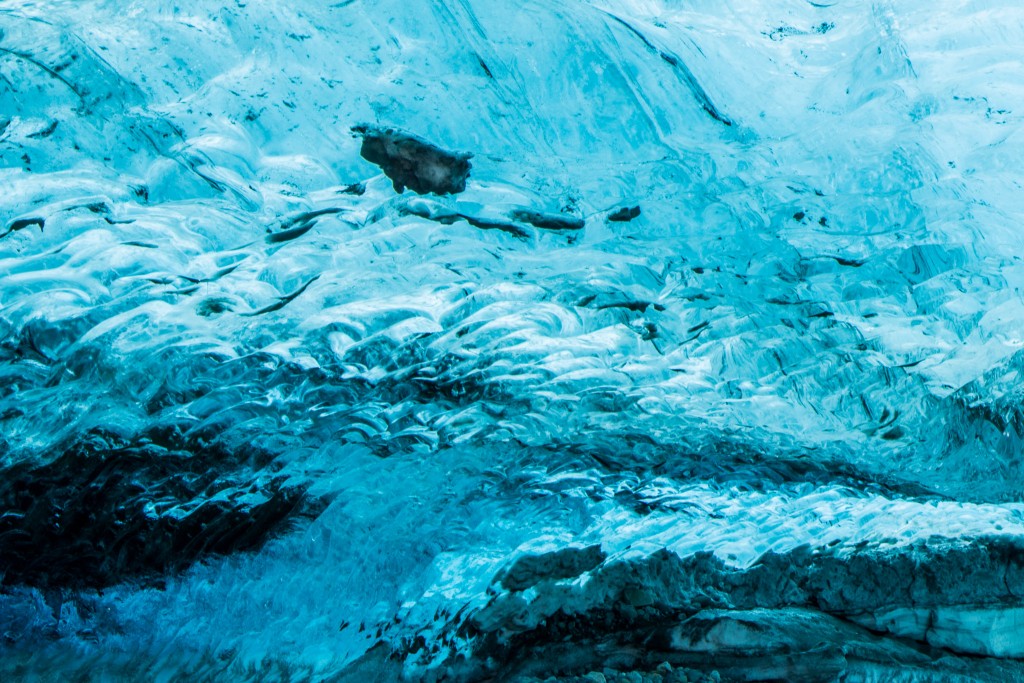 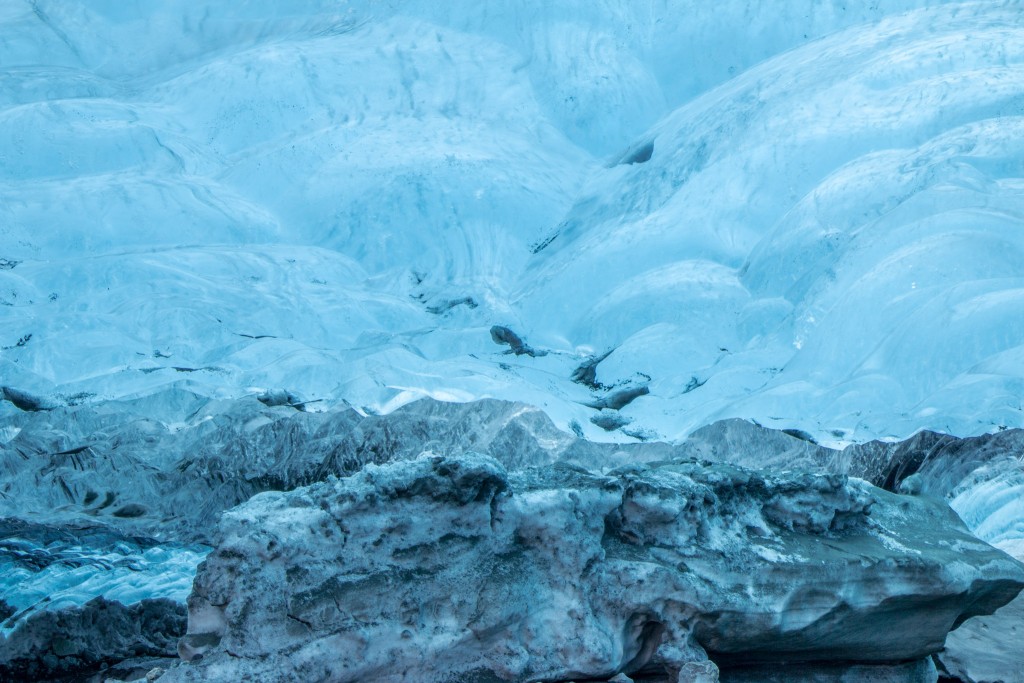 In total, I wandered around for more than an hour, camera in one hand, tripod in the other, trying to capture this amazing natural formation the best I could. Tripod is a must if you want to photograph under low light conditions like the ones inside an ice cave. Believe me, pictures are awesome but don’t do enough justice to this place.

In some parts, there were still bits of snow to be seen. 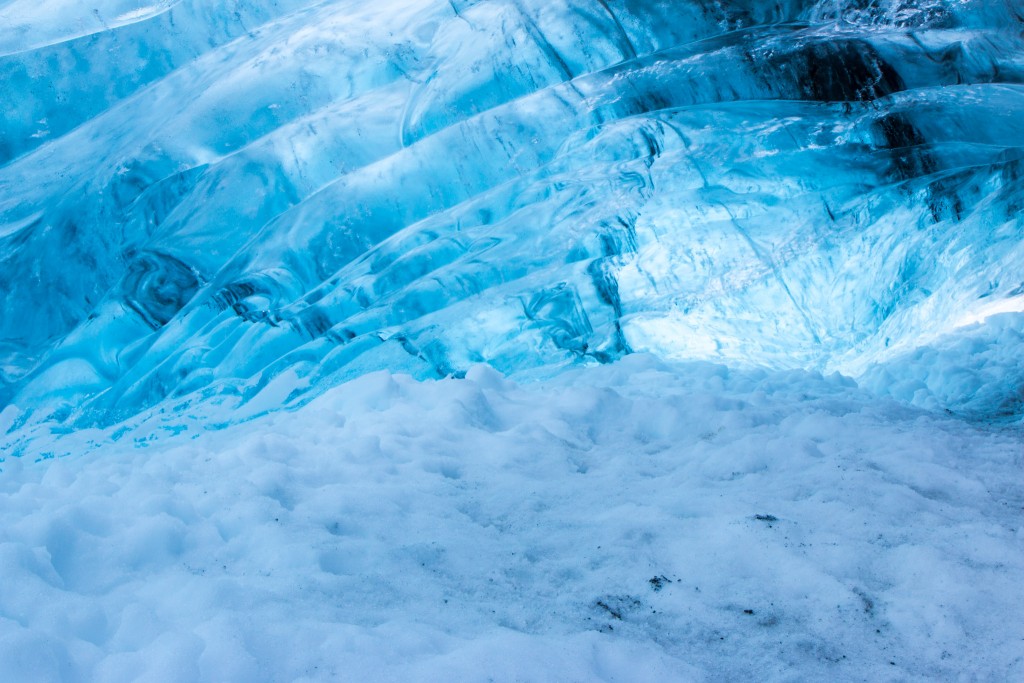 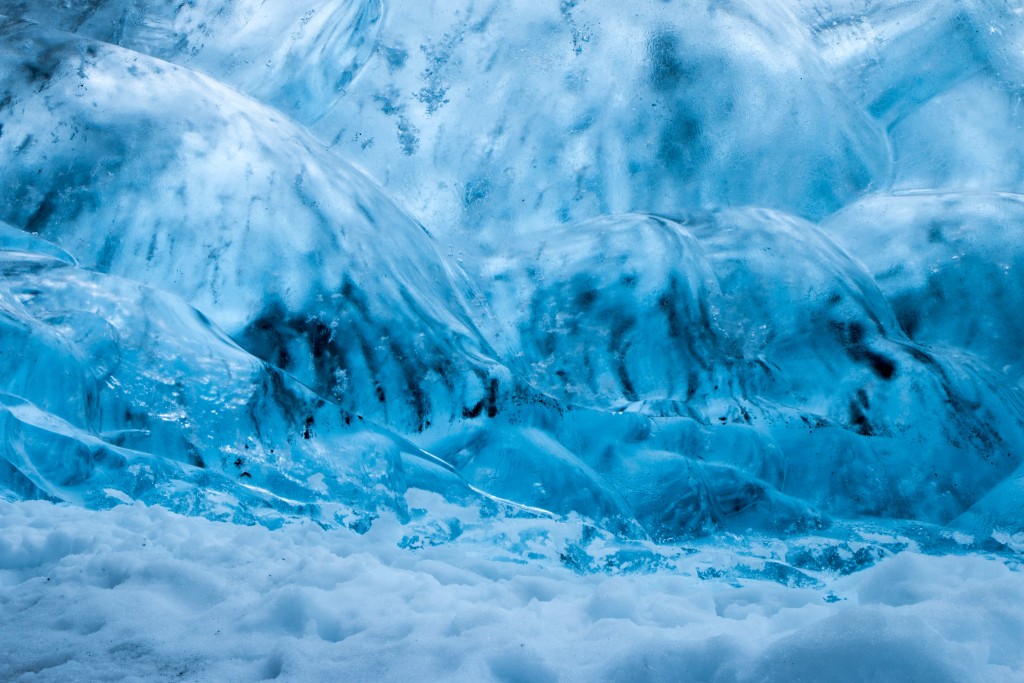 To reach the most remote section of the ice cave, there was a narrow passage onto it with a safety rope to aid. The ceiling of the ice cave was quite low in places and by not bending my knees enough, I managed to hit my head a couple of times. Yes, it’s very strong ice! Also, a lot of volcanic ash was visible on the floor. 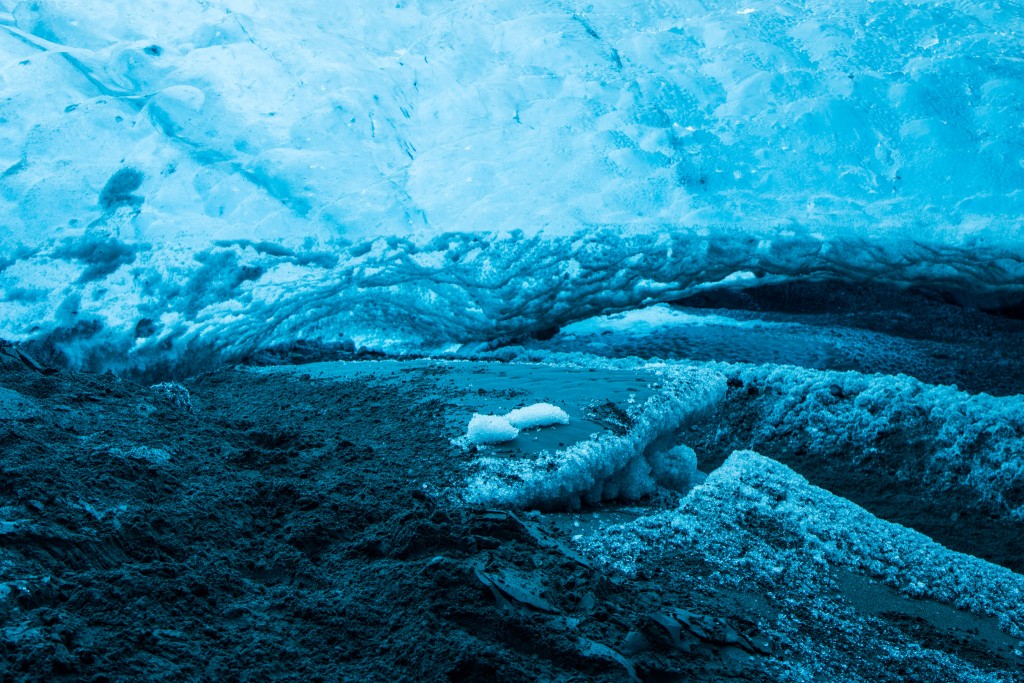 Where the ice cave gets to an end

After a while, I stopped to chat with Óskar. He told me that he’s from the nearby town of Höfn and that he’s been working as an ice guide for a few years. During winter time, this is his main activity, but the rest of the year he also does other ice-related activities and mountaineering. If you want to do any of that, I highly recommend going with him!

The details on the ice are, simply put, amazing! 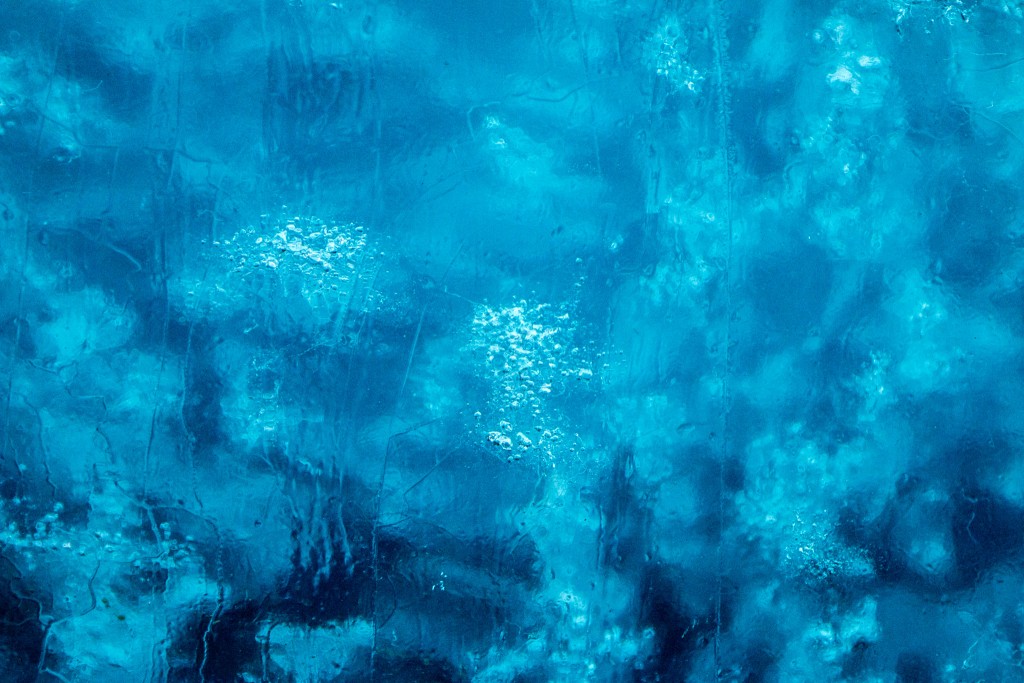 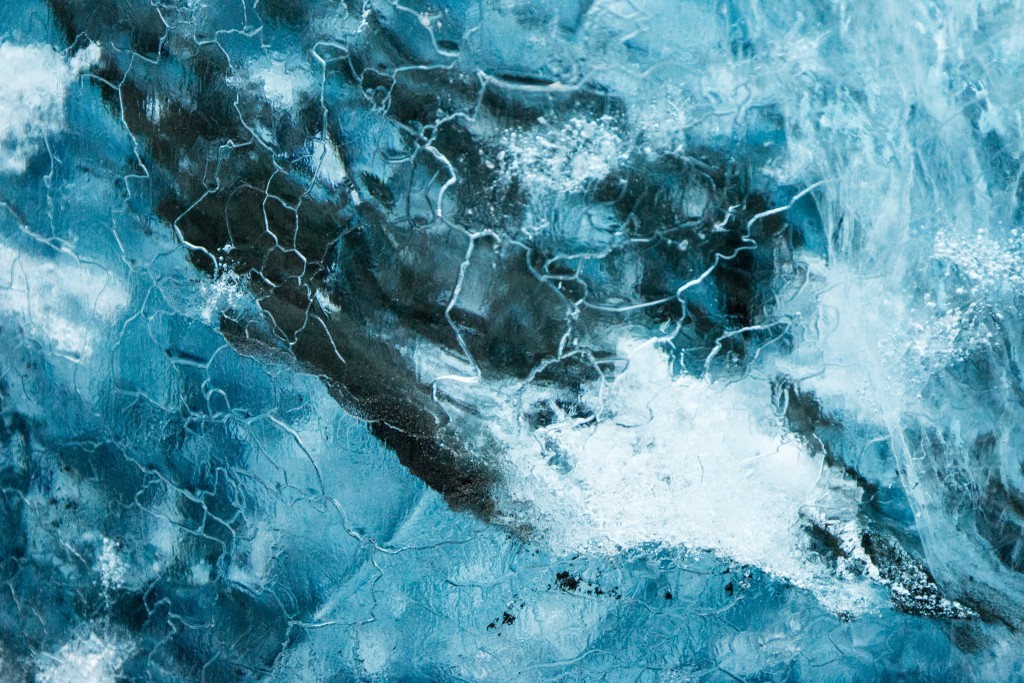 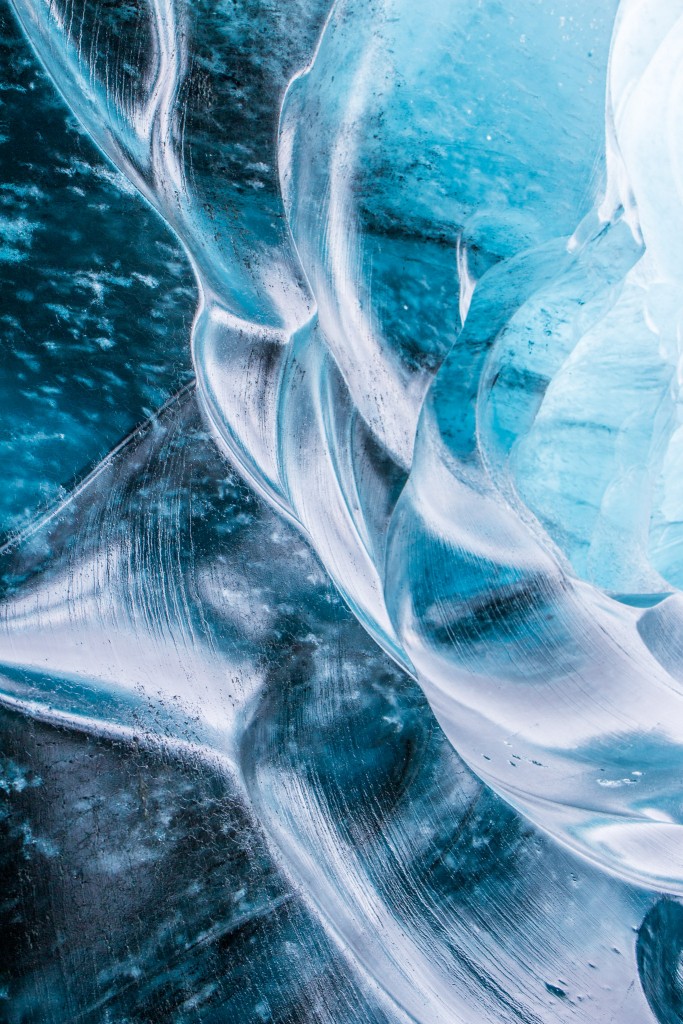 There was also time for an epic inside-out photo of me. Thanks, Óskar! 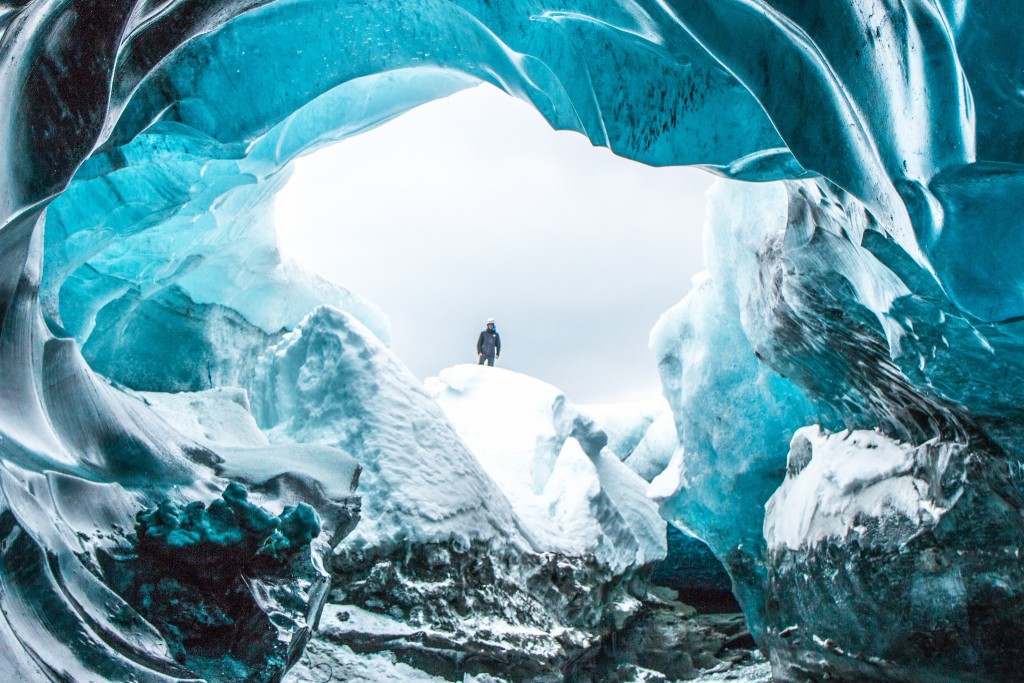 Ice cave from the inside out

A few days later, this ice cave became too unstable for visiting due to the rising temperatures, now above zero. Another one had collapsed during that week. So, it was the end of the ice cave season.

A bit of background about ice caves in Iceland. The ice cave season usually runs between November and March, with cases of October and April also being heard of. The season starts with scouting for the ice caves locations, preferably as close as possible to the mouth of the glacier, which in turn provides “easier” access. Vatnajökull and its many glacier outlets are a very popular area for this.

The most important rule is that no one should go alone to an ice cave! It requires an experienced ice cave guide that knows, first of all, where they are, and, most importantly, all about the safety requirements. Gear is fundamental and your guide will be able to provide you with a helmet and crampons or spikes as part of the tour. 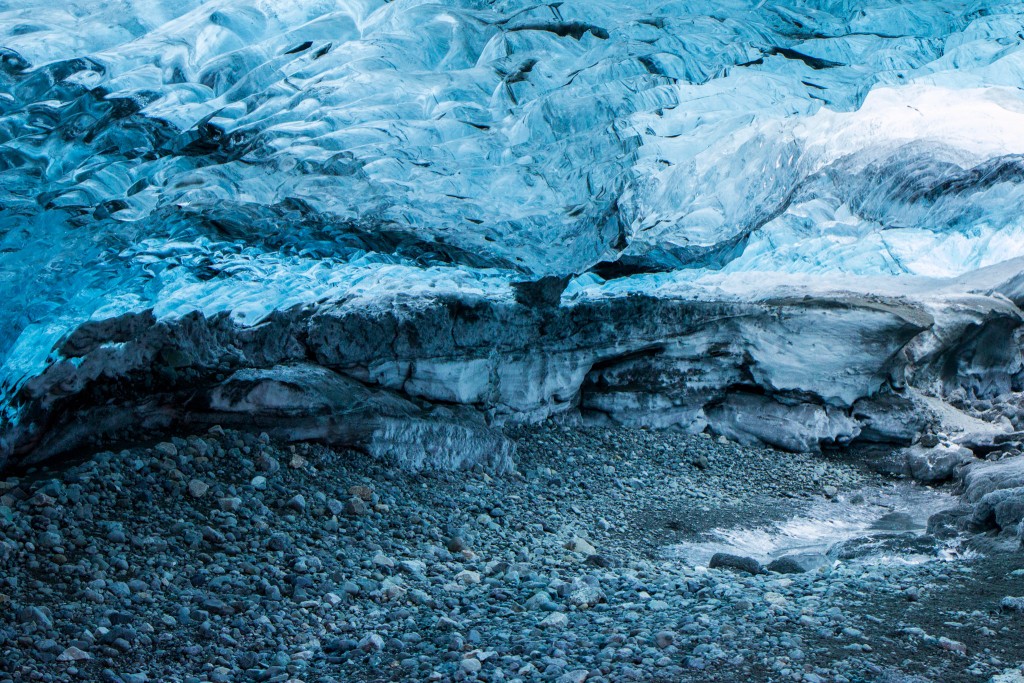 Wider view of the ice cave

The ice cave in video

An alternative is the man-made ice cave at Langjökull. This ice cave will have different tunnels and rooms, including a chapel.

Our ice adventures don’t end here. We’re going to write about glacier hiking as well, both in Iceland and New Zealand! Subscribe now to get all the latest updates.

Have you been to an Ice cave?

This article is part of Hugo’s solo trip to Iceland and hence written entirely by him. 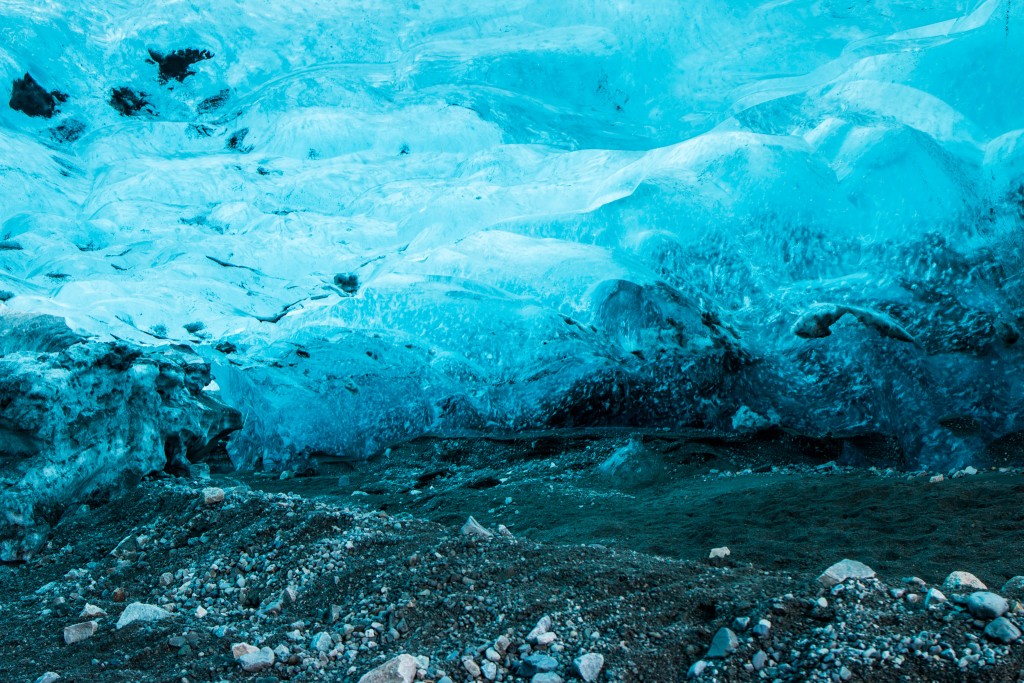