A Giant's Causeway day trip from Dublin - Breathe With Us 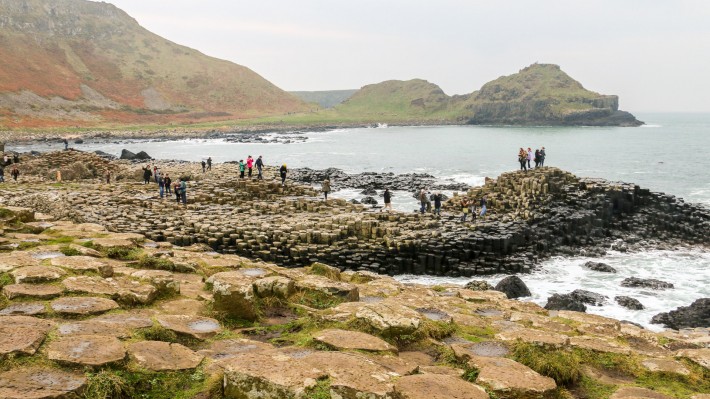 Up in the north coastline of Northern Ireland lies one of the United Kingdom’s best-known places, and World Heritage site, the Giant’s Causeway. It’s easily recognisable and present in many postcards due to its remarkable basalt columns and cliff setting. A true nature wonder.

We were spending a long weekend away from home, visiting a friend that was living in Dublin. Going to Giant’s Causeway was a last minute decision, made the day before, and shortly after arriving from a day-long exploration of the city of Dublin.

Northern Ireland is a short drive away and a good fit for a day trip all the way up north to the Giant’s Causeway, including passing through Belfast on the way. In total around 600 km round trip. Easier with two drivers, like we had.

We split the day in two. Early in the morning we drove to Belfast and then, after lunch, to Giant’s Causeway, where we spent the afternoon.

Alternatively, there are tour buses that do a similar itinerary. We just like the flexibility of driving and the fact that our friend had a car. To make it more fun, driving is on the left-hand side of the road!

Our stop in Belfast was a short one. After parking nearby the City Hall, we walked around the central and historical area of town for a couple of hours. Besides the grey day, we were quite lucky with no rain to bother our wanders.

Here are some photos from Belfast. 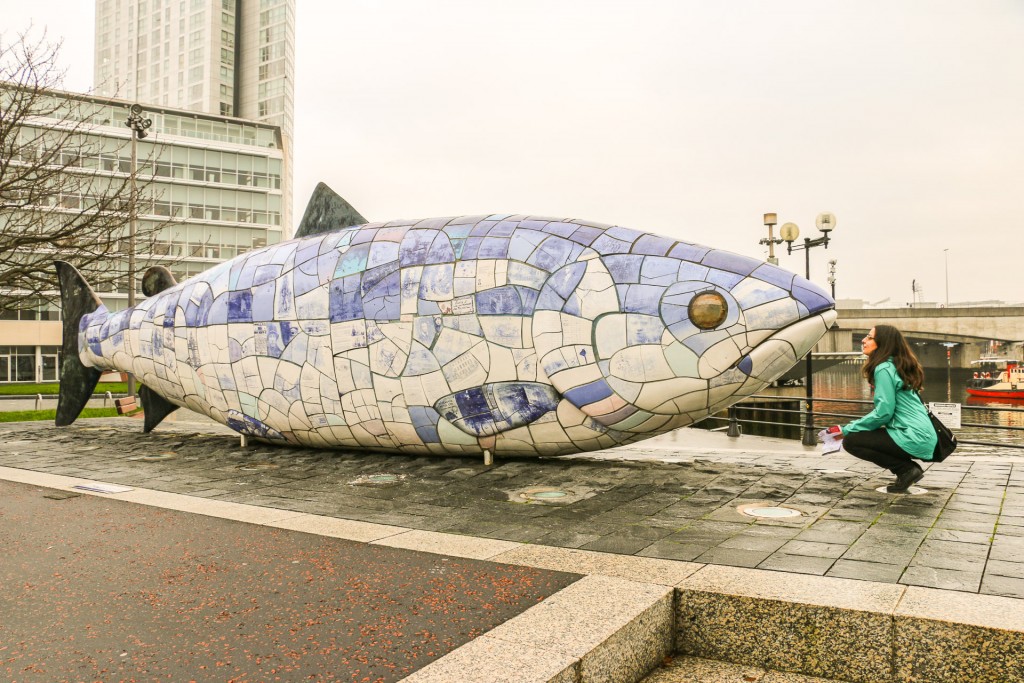 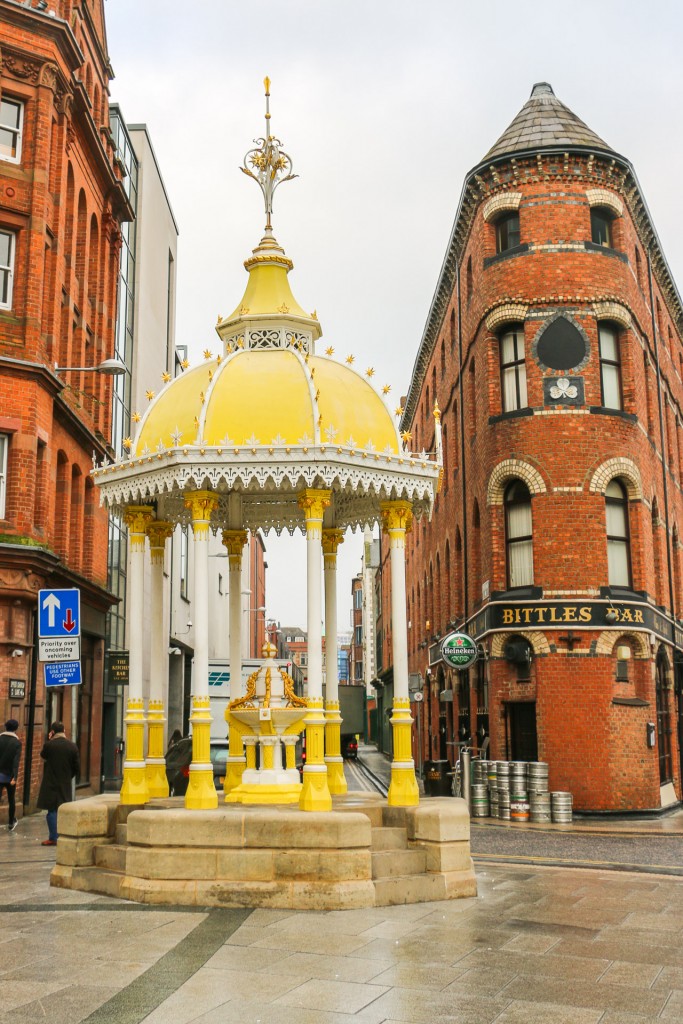 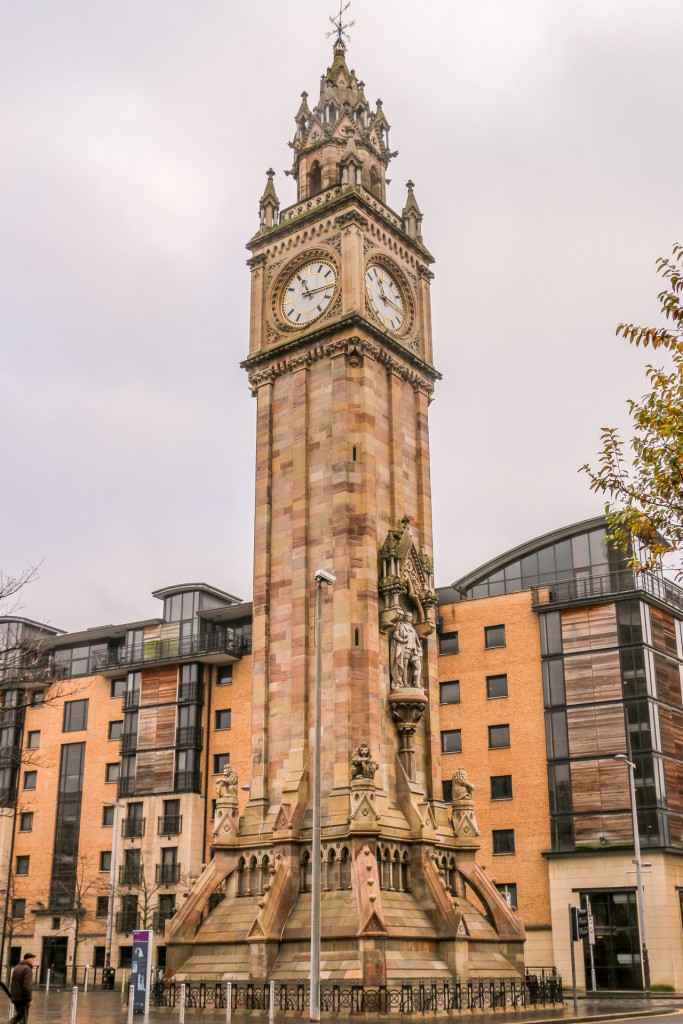 Before leaving, we had a quick lunch at the Christmas market that was being held in the Belfast City Hall grounds.

The legend says that the columns are the result of giants doing. Finn MacCool attempted to build a causeway in order to meet another giant, Benandonner, and fight! Well, that’s a good story, but in reality the Giant’s Causeway is the consequence of a massive volcanic activity. The way the lava cooled down created the columns as we know them today.

Heading out of the visitor centre 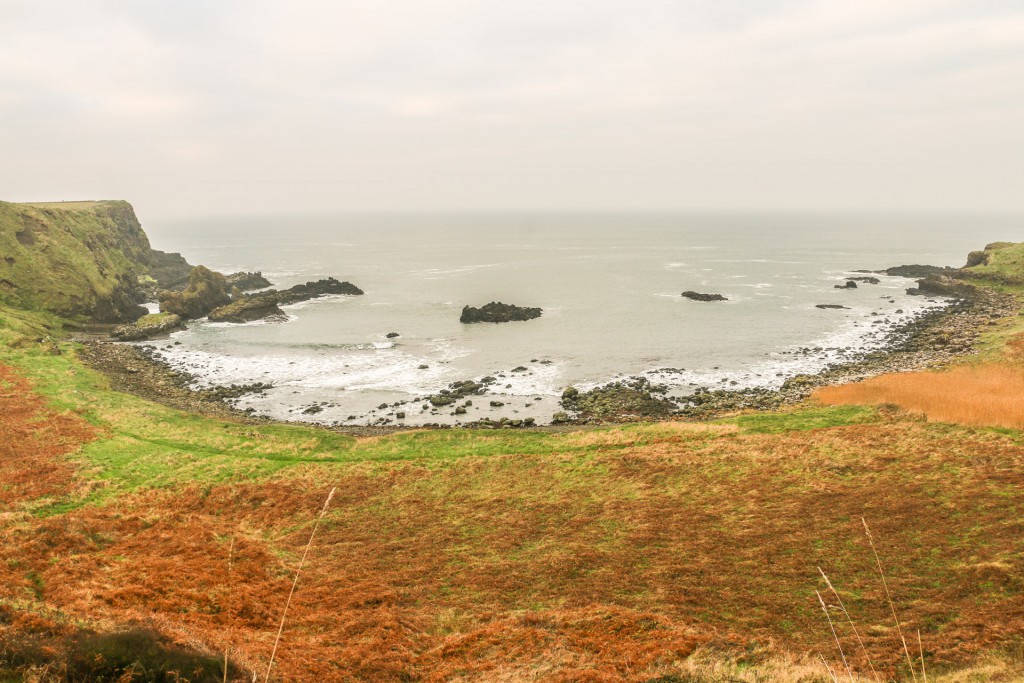 In our mind, this makes no sense. If National Trust wants to charge parking, fine, but do it separately. We don’t mind paying to enter anywhere in the world and are happy to contribute. The only thing we ask is for the pricing to be clear. After some minor research, we can see that this is a sensitive subject and has sparked a lot of reactions over the last few years. 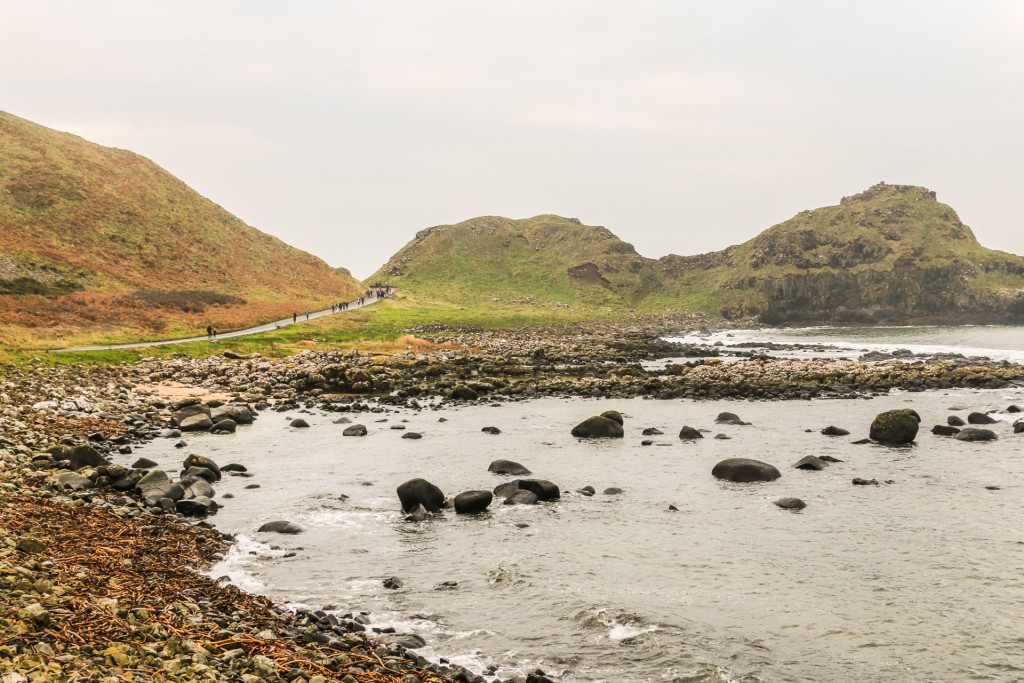 Back to what really matters, the Giant’s Causeway. To access it from the visitor centre, a small road leads in that direction. There’s transport available (extra charge), but it can easily be done in 20 minutes or so walking. Plus, it’s clearly the best way to start your trip and enjoy the views and geological features even before reaching the main area. 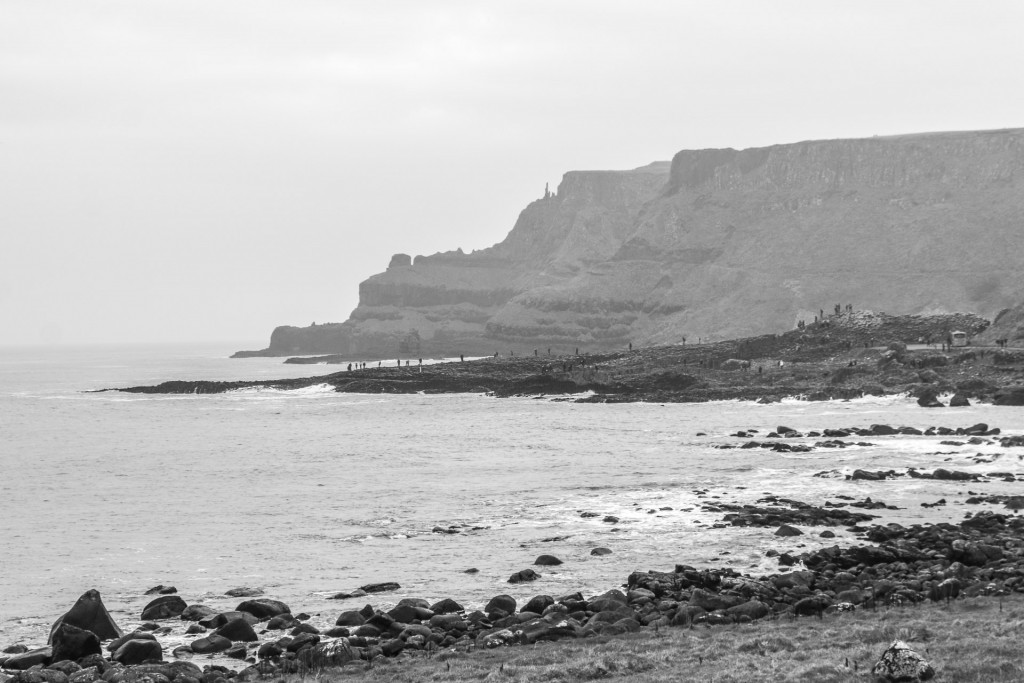 On the way, one can see the extent of the causeway into the sea. Even in low-season a good amount of people was visiting and standing on the columns for pictures.

The columns can be seen in detail on the next couple of photos. Interesting to notice that some have a concave top while others a convex one. 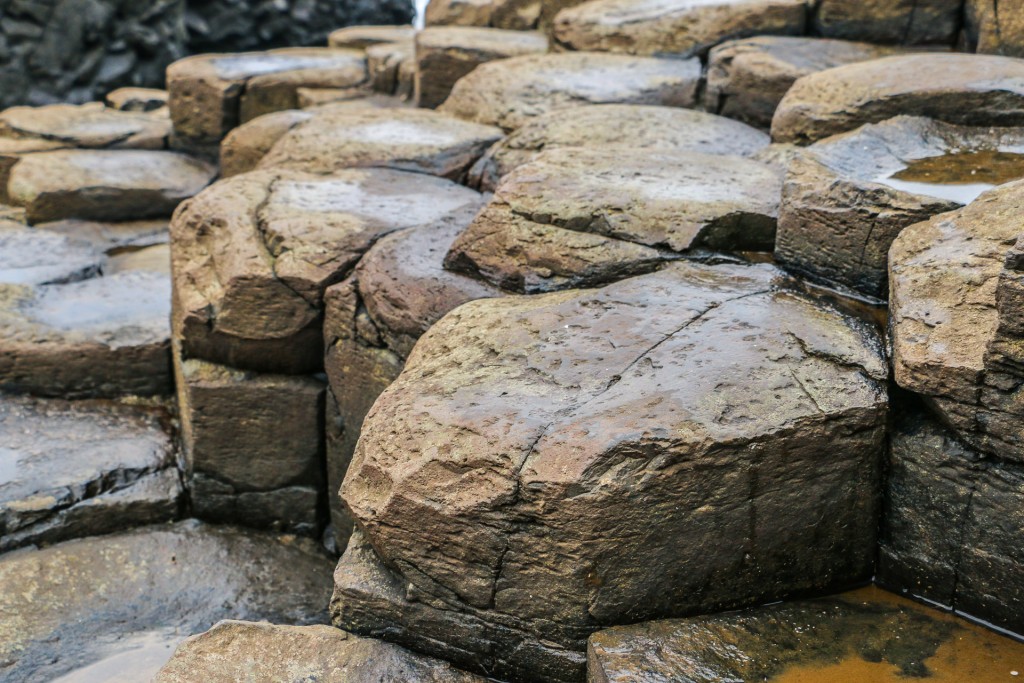 We approached the main area of the Giant’s Causeway, “jumping” from one column to another. Some with the perfect shape and height to sit and enjoy the view, which we did. The columns closer to the sea and even others further away that are hit by the spray are notoriously slippery. Mind your step! 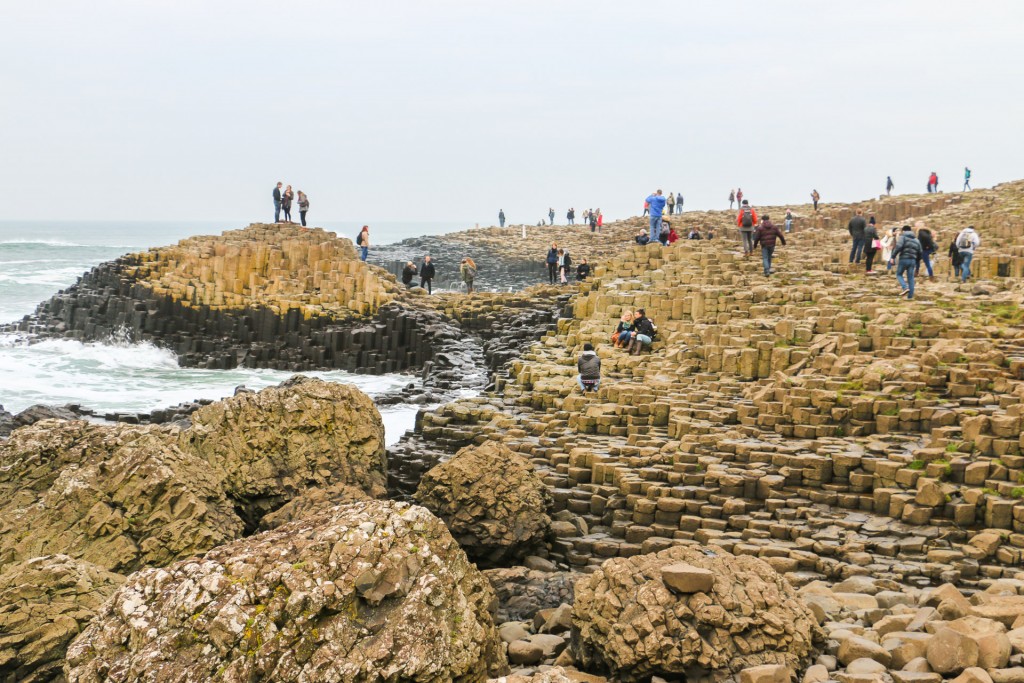 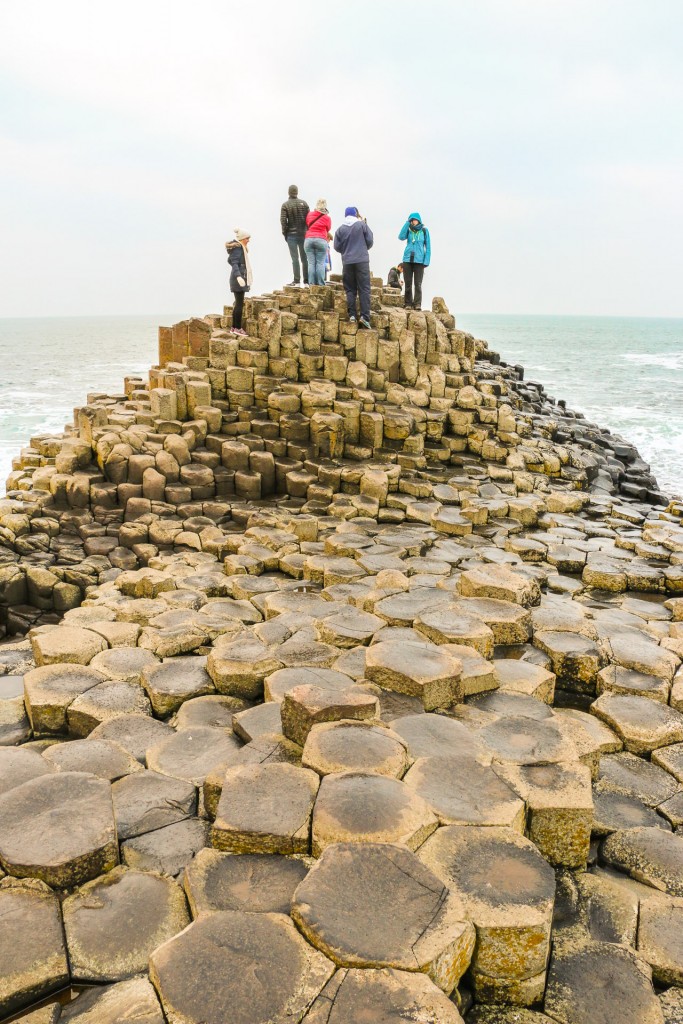 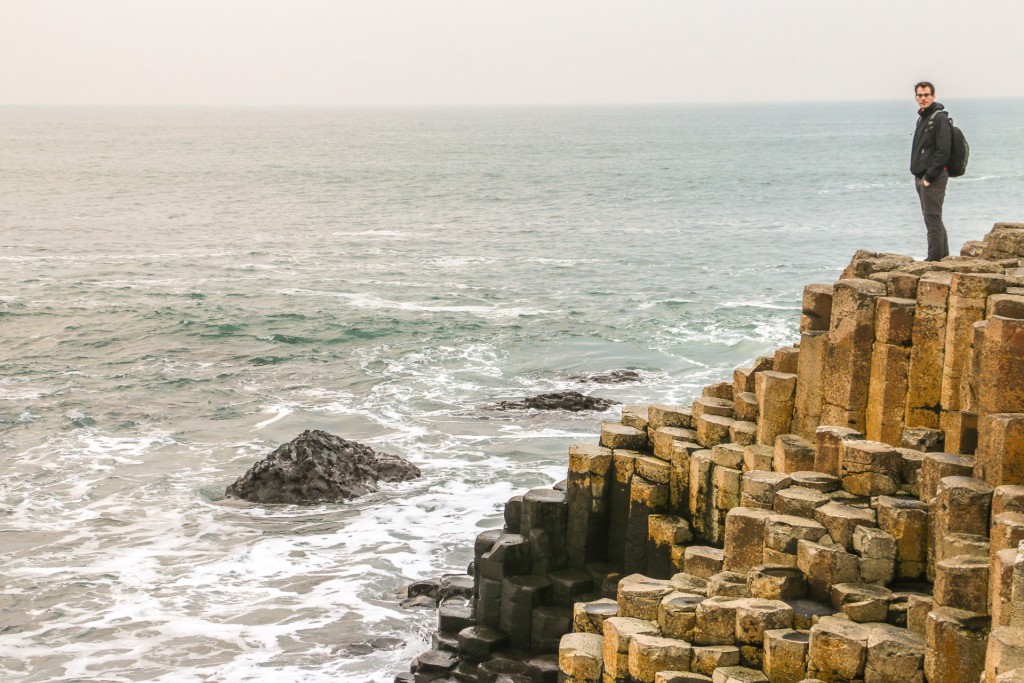 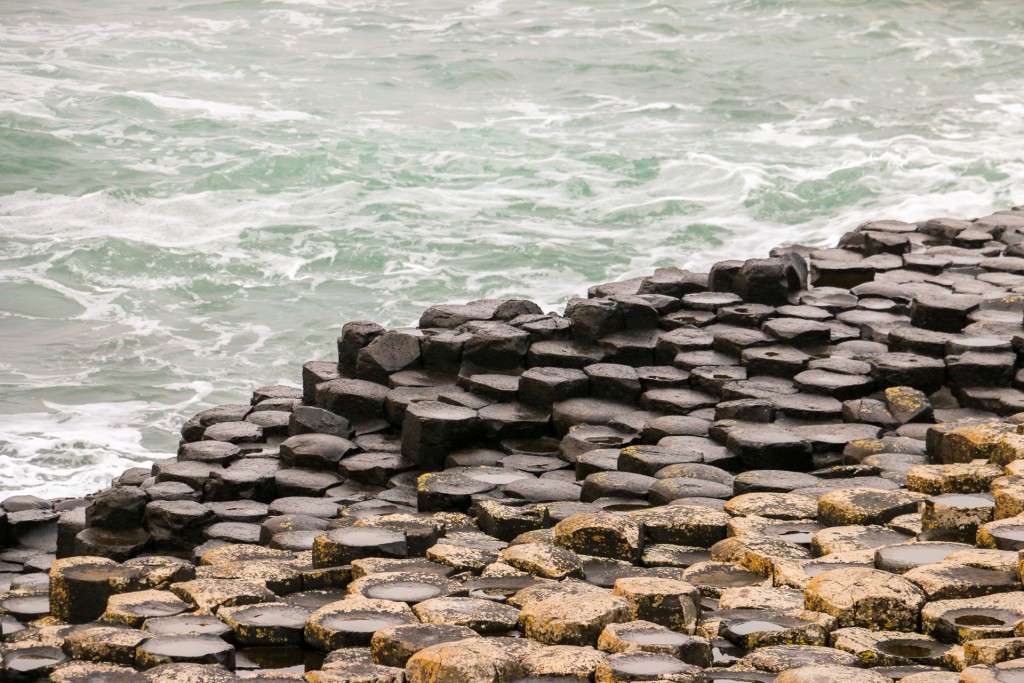 There was also time for a funny yellow emergency phone! Chicken included. And, a photo of Cristina with our friend Jorge. 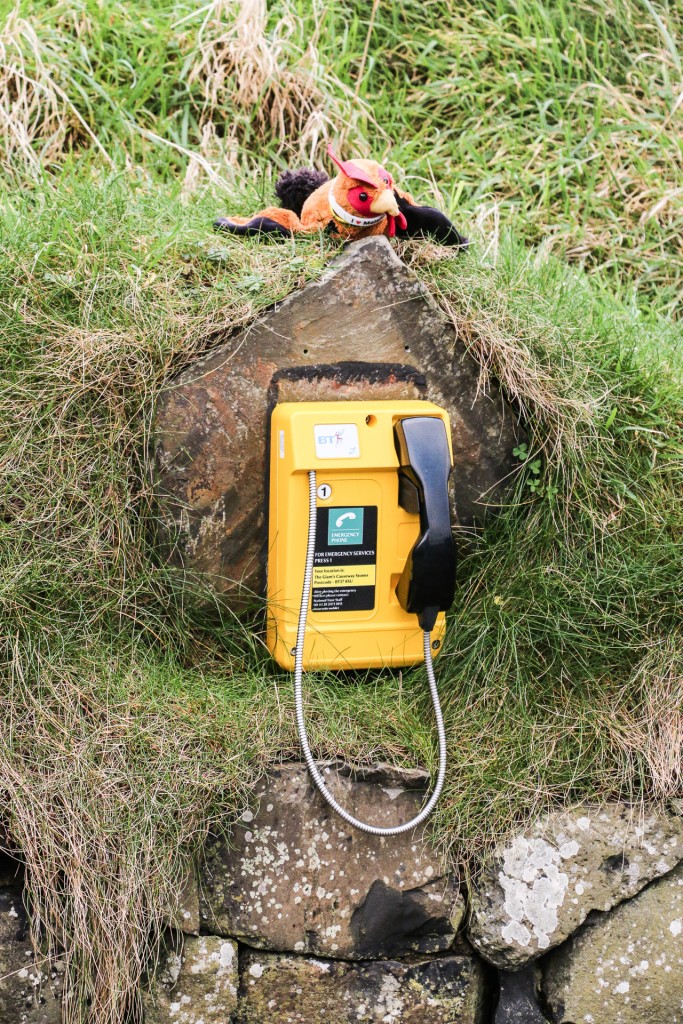 The light started to fade away as the evening began to settle in. We walked away from the main area with the goal of reaching the top of the cliff and back to the car. This route is longer and slowly follows along the face of the cliff on a dirt track before reaching the Shepherd’s Steps, which lead to the top. The views? Amazing! Try out this route when visiting as it’s definitely worth the effort and time. 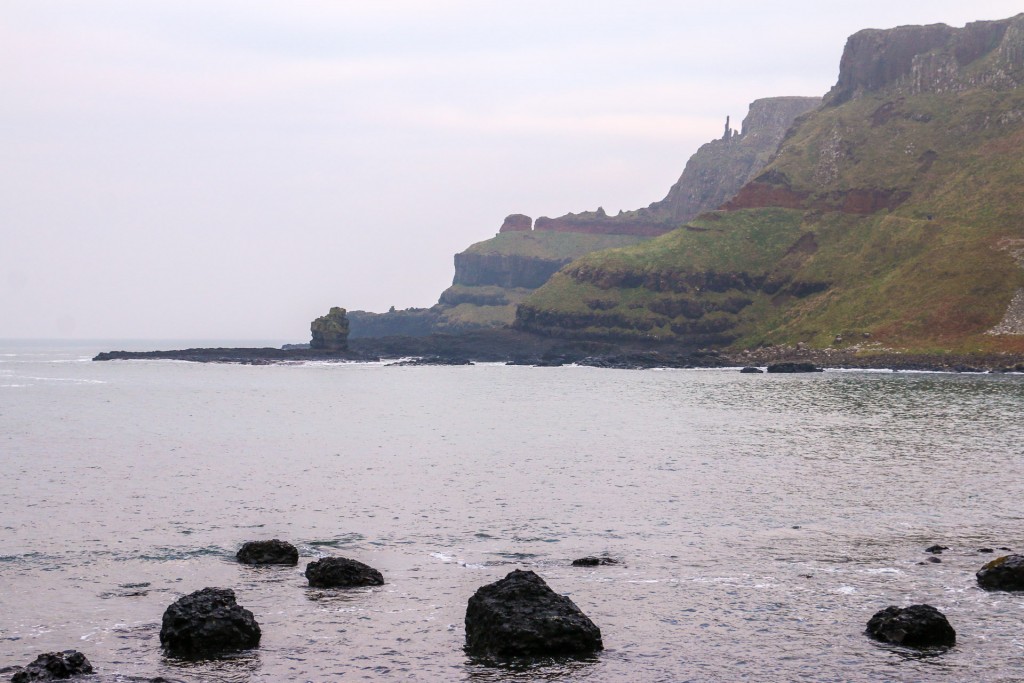 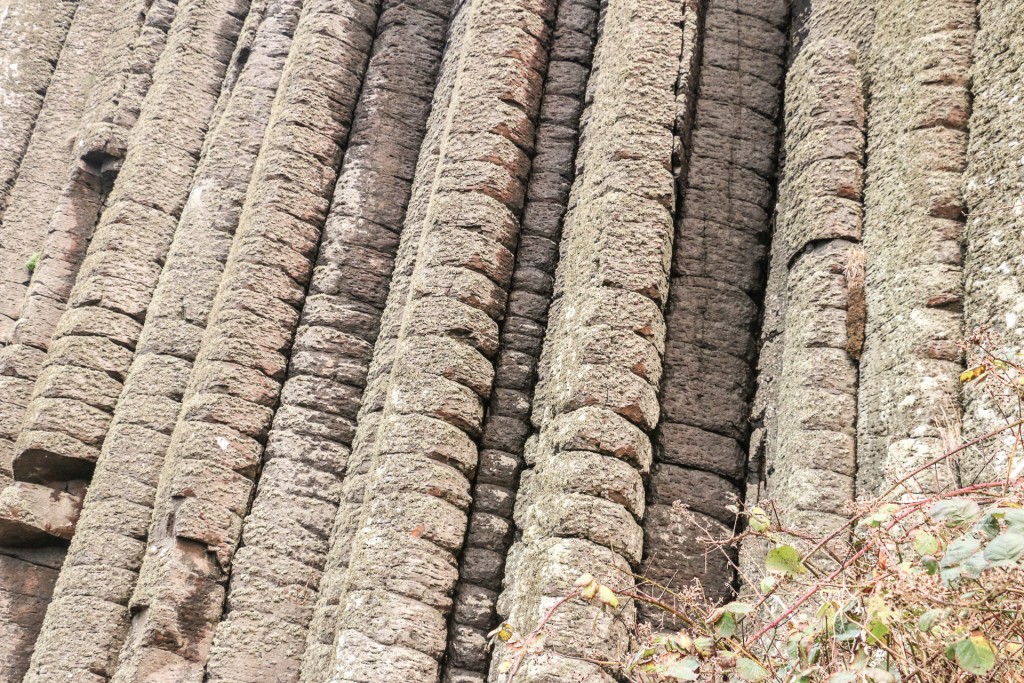 Once at the top it’s possible to see the Giant’s Causeway from different viewpoints. Apparently this route wasn’t as popular as everyone seemed to turn back to the visitor centre using the original route. Better for us, as we had all of it for ourselves.

A couple of suggestions for those with time to spare.

Another quite famous place is the Carrick-a-Rede rope bridge near the town of Ballintoy. A mere 20 m long rope bridge with a drop of 30 m! Not for the faint-hearted.

Once we reached the car park, our visit was over. Besides being a heavily popular place, it definitely is a nature wonder worth visiting.

For more information about the Giant’s Causeway, visit the official site of the National Trust.

Have you been to the Giant’s Causeway? 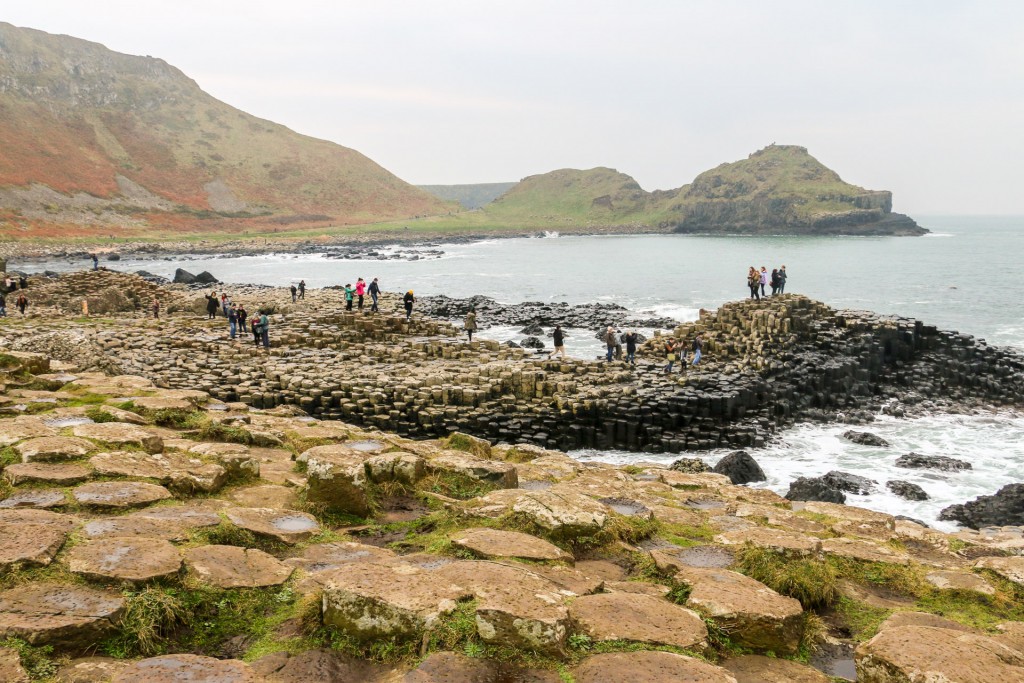