The churches of Iceland in pictures - Breathe With Us 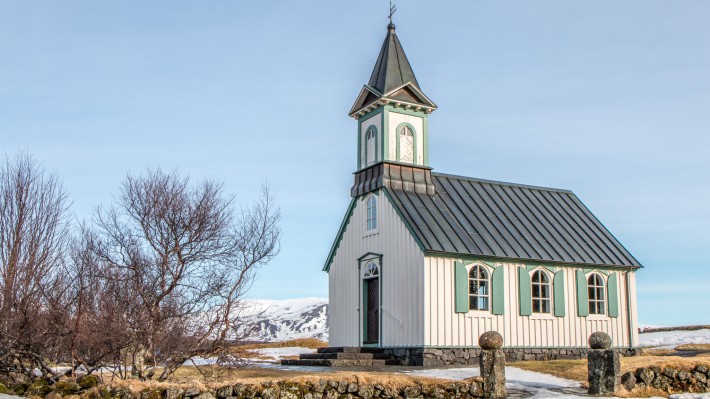 Before you start thinking this is an article about religion, let us assure you it is not. This a collection of pictures we put together about the churches of Iceland, which are, in our opinion, one of the best things to see and photograph throughout the country due to their picturesque architecture and beautiful locations.

These 25 pictures of churches were taken during our various road trips in Iceland and showcase some of the most interesting churches that we had the chance to visit.

Saurbæjarkirkja is located in Rauðisandur, a remote beach in the Westfjords region. It was built in 1963 and relocated to its current place in 1982. It lies right next to one of the most beautiful beaches in Iceland.

Hvalsneskirkja is only a few minutes away from the international airport at Keflavík, on the Reykjanes peninsula. The current church was renovated in 1945 but the original dates from 1887.

Hofsóskirkja is located in Hofsós, a small village in the North of Iceland. It was built in 1960.

Strandarkirkja is often called “the miracle church” and can be found in Selvogur, a tiny community on the Reykjanes peninsula. The original church is thought to be from the 12th century.

Víkurkirkja is definitely one of the most well-known churches in Iceland. Sitting at the top of a hill overlooking the town of Vík, it offers magnificent views towards the black sand beach and sea-facing cliffs.

Skógakirkja is part of the Skógar Museum which houses a collection of historical buildings. It’s only a one minute drive away from Skogafoss, one of Iceland’s most famous waterfalls.

Ólafsvíkurkirkja is one of the new churches of Iceland which as of lately have gained some attention due to their modern architecture. It is located in Ólafsvík, a fishing town on the northern shore of the Snæfellsnes peninsula.

Víðimýrarkirkja is one of the few turf churches still left in Iceland and is remarkably well preserved. It was built in 1834. It is a short drive away from Varmahlíð, in the North of Iceland.

Ingjaldshólskirkja is located in the Snæfellsnes peninsula halfway between Rif and Hellissandur. Quite amazing and scenic landscape with the Snæfellsjökull glacier as a background.

Þingvallakirkja is probably one of the most visited churches in Iceland due to its location at Þingvellir National Park, a UNESCO World Heritage Site.

A small and lovely roadside church with the sea as background. Located on road 68 halfway to Holmavík from road 1.

Þykkvabæjarkirkja caught our attention while driving along road 204 near Kirkjubæjarklaustur due to its apparent abandoned state.

Skeiðflatarkirkja is another scenic church close to Vík, more precisely, opposite to road 218 coming from Dyrhólaey. Like other local churches, it has a small cemetery around it.

Another very remote and tiny church in the Westfjords. You can find it just at the start of road 635 if you’re headed to Drangajökull, the region’s only glacier.

Kirkjubær looks like a church but it’s not one anymore. Located in Stöðvarfjörður, this former church was converted into accommodation which can be rented out. A unique stay for sure!

Húsavík may be well-known for being the recommended spot for whale watching in Iceland, but it also has a beautiful church. It’s easy to find Húsavíkurkirkja, very close to the harbor.

Grafarkirkja is the remotest church we’ve been to. It’s located in the South of Iceland, close to a few farms on the intersection of roads 210 and 208. It can be considered the gateway church to the highlands.

Vatnsfjarðarkirkja is a little peculiar because its door is facing the mountain instead of the road, which makes everyone passing on the nearby main Westfjords road (61) curious about it. The church also sits next to some archeological excavations.

Hlíðarendakirkja is one of the two churches we visited along road 261 from Hvolsvöllur. It was built in 1898 on a hillside location with amazing views.

Hellnarkirkja is located in the small town of Hellnar, in the southwest of the Snæfellsnes peninsula. It has a beautiful setting with the sea as a background.

Akureyrarkirkja is another major and modern church in Iceland. It is located on a hill overlooking the center of Akureyri, Iceland’s second biggest city. It was completed in 1940.

Glaumbæjarkirkja is located in Glaumbær, a farm in the North of Iceland known for its turf houses and heritage museum. It was built in 1925.

Búðakirkja is one of Iceland’s most photographed churches due to its sheer black color and scenic surrounding landscape. You can find this church in Búðir, on the south coast of the Snæfellsnes peninsula, next to a grassy lava field and a beach.

Breiðabólsstaðarkirkja is the second church along road 261 from Hvolsvöllur. It was completed in 1912.

Hallgrímskirkja is without a doubt Iceland’s most famous church. At 73 m, it’s one of the best-known landmarks of Reykjavík. It was completed in 1986 and its design resembles basalt lava flows.

If you’re curious and want to find out more about the churches of Iceland, you can check here a map with pretty much all of them (Icelandic only).

Have you visited the churches of Iceland? Would you like to? 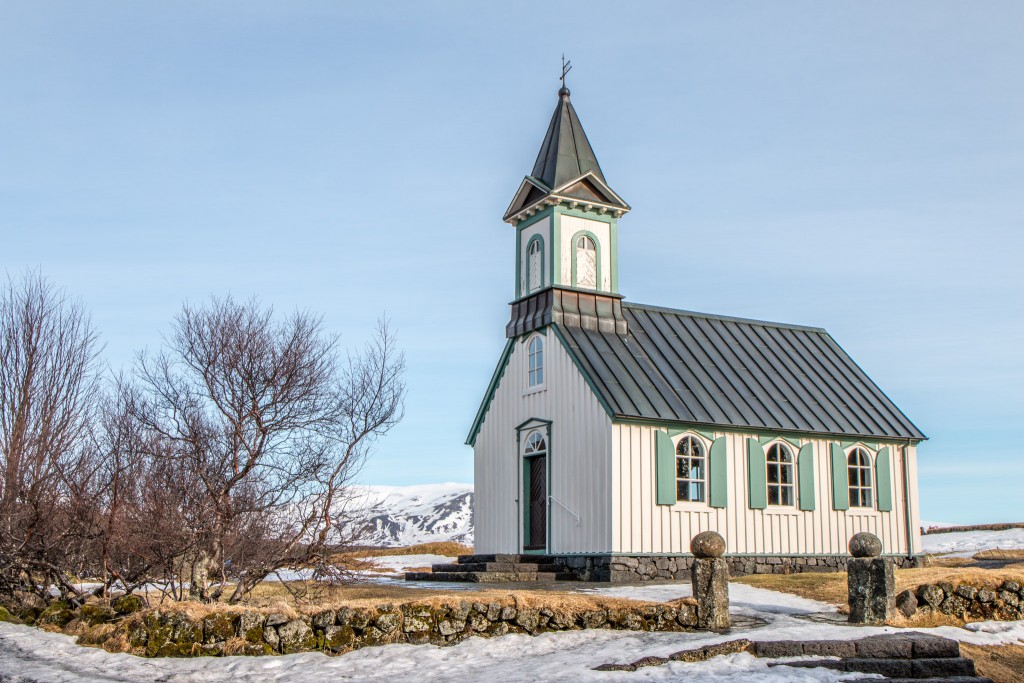