3 days in Kosovo: highlights and itinerary - Breathe With Us 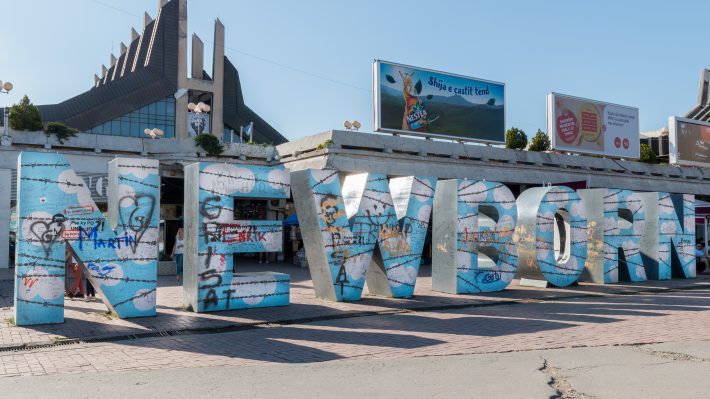 Kosovo is not often seen as a travel destination due to a not so distant troubled past. However, this de facto independent country is a pleasant surprise for those that get a chance to visit. This is not a political article, our only goal is to highlight the best things this small and young nation has to offer – which are well worth a trip!

The rich history and the friendliness of the people of Kosovo, in line with its neighboring Balkan countries, are a feature you’ll get used to. Wherever we went, we were welcomed and showed around. Tourism in Kosovo is starting to pick up, but the numbers are still very small and you have the chance to be one of the first to venture there.

This article includes the highlights for 3 days in Kosovo, including an itinerary similar to the one we used while on a road trip through the Balkans, giving you the chance to explore beyond the capital Pristina.

At first sight, Pristina (also Prishtina or Priština), the capital, the largest city of Kosovo, and one of the youngest in Europe, doesn’t seem to appeal much with its somewhat forced modern looks. When we were driving into the city, it looked chaotic and busy, but as soon as we parked the car and set off to explore the city on foot, it turned out to be quite a pleasant experience.

Pristina can be split into two – old and modern, and takes no more than an afternoon to visit, even if you stop at one of the many cafes.

The old part of town, what remains from the Ottoman-era, is really interesting. Here are a few places not to be missed:

The heart of modern Pristina is the pedestrian Mother Teresa Boulevard. At the northern end, there’s a square with the “skyscraper” that houses the government of Kosovo and a few other important buildings, just across the street from the old town.

If you follow the boulevard, there are a few other places worth visiting in the vicinity:

Don’t forget to stop by one of the many cafes with outdoor seating.

Our accommodation recommendation for Pristina is Hotel Prima, a small hotel with nice rooms and extremely friendly staff. All of this within walking distance of the center and main sights. It also includes parking.

Not far from the hotel is Restaurant Liburnia which serves delicious local food.

Kosovo is home to four Serbian Orthodox monasteries that together make up a UNESCO World Heritage Site. Gračanica is the closest one to Pristina and a mandatory stop of any trip to Kosovo.

Unfortunately, photography is not allowed, but let us tell you that if the outside looks impressive, the interior with its many and incredibly detailed frescoes is an art and architecture masterpiece.

Further afield from Pristina – about 30 mins by car, is Pristina Bear Sanctuary. Put together by a charity called Four Paws, the sanctuary houses a good number of brown bears that were formerly privately owned and forced into small cages and terrible living conditions, usually in restaurants – very sad!

Nowadays Kosovo bans all types of private ownership of bears in the country while working in partnership with the sanctuary which offers appropriate and spacious accommodation for them.

It takes about one hour to visit the sanctuary and you can see how well the bears are and how they have recovered from their previously terrible life. At the time when we visited, there were some expansion works taking place.

Prizren is by far Kosovo’s most beautiful city and it breathes history. Home to countless churches, mosques, old bridges, and a fortress at the top of a hill overlooking the city, Prizren is everyone’s favorite stop in Kosovo and the country’s cultural capital.

The old town is particularly appealing with many Ottoman-era traditional buildings, a river, and many cafes and restaurants. Plus, it’s a very compact city with everything within walking distance.

What to do in Prizren:

Now for the difficult part, visiting the Church of the Holy Saviour and Our Lady of Ljeviš.

We only managed to visit the Church of the Holy Saviour on our second attempt and only for a few minutes since it’s usually closed and you have to be lucky for the guy with the keys to be there. Or, on a scheduled tour.

Visiting the interior of Our Lady of Ljeviš is a lot more difficult. The church is closed, surrounded by barbed wire and has a police officer outside – all for protection. After going back and forth trying to figure out how to get inside, which included asking for permission at another Serbian church across town, the tourist office, and a few other people, we got to the conclusion that you need to find the right priest. Unfortunately, he was away for the day.

Mirusha waterfalls are a Kosovo hidden gem, but only for foreigners. The locals know it very well, as we quickly learned when we visited. Mirusha is a canyon with a series of waterfalls which are used for bathing and jumping in the summer months.

On our way to the waterfalls, we didn’t expect anyone, bearing in mind the remoteness and difficult access. But as soon as we got there, running into a full parking lot and plenty of people was a bit of a surprise. If you’re interested to visit, the nearest city is Gjakova.

Visoki Dečani is a 14th-century Serbian Orthodox monastery and a UNESCO World Heritage Site. This monastery is located in a beautiful woodland setting and is the most heavily guarded monastery in Kosovo. KFOR, the NATO-led peacekeeping force, has been protecting the monastery for years after it was targeted and attacked.

These days, things are a lot more peaceful, but you still need to surrender your passport and get permission to enter. This is a simple process and the local KFOR personnel was very friendly and helpful in getting one of the local monks to show us around, even allowing us to take a couple of pictures from the outside.

The inside is a masterpiece and said to be one of the best preserved medieval churches, with incredible frescoes adorned with gold.

On the outskirts of Peć (also Peja), you can find Patriarchate of Peć, the last of four monasteries that are a UNESCO World Heritage Site. This is a very different one as it’s made up of 4 churches, 3 of which are connected. The outside is very colorful and the interior includes superb frescoes.

This monastery is also guarded by police and they will ask for your id or passport before allowing you in.

West of Peć, the Rugova mountains are a great example of what Kosovo has to offer nature-wise. The journey starts with the deep Rugova Canyon which after a few kilometers opens up into a spectacular valley.

These mountains are great for hiking as there are plenty of trails and places to explore. Other activities include climbing (via ferrata!), zip lining, and caves.

3 days in Kosovo are, in our opinion, adequate to get to know the country and its highlights. Most visitors don’t get to experience anything outside Pristina and only stay for a day which is a real shame because the country has other things totally worth seeing.

Here’s a suggested itinerary based on the highlights above.

Arrive in Pristina and visit the city and its highlights without forgetting to grab a bite of the local cuisine. Depending on how much free time you have, head out of town to Gračanica and the Bear Sanctuary.

Head to Prizren early in the morning and visit the city. Don’t forget to visit the fortress for amazing views and the old town.

After lunch, travel in the direction of Peć with a mandatory stop at Visoki Dečani. Quick evening stroll around Peć.

Visit the Patriarchate of Peć in the morning before heading into the Rugova mountains. Spend a few hours there and then return to Pristina or final destination, for example, onwards to Montenegro.

Do you have extra days? Great! Here are a few more ideas:

Remember Kosovo is already way off the beaten path!

Kosovo has only one international airport, in Pristina, which is now served by a growing number of airlines. Because of the small size of the country, it’s quite easy to travel from neighboring countries, mainly by road.

We traveled around in a rental car, by far the easiest way to get around and explore outside Pristina. Buses and trains are available but the former option is preferred and allows reaching a lot more places. Travel distances are not time-consuming.

Traveling by car requires proper insurance and you’ll need to show your documents to check if you’re covered. If not, you can buy it at the border.

It’s pretty straightforward to cross into Kosovo from Macedonia, Albania, and Montenegro. Also, citizens from many countries can travel to Kosovo visa-free.

IMPORTANT: Border crossings between Kosovo and Serbia are tricky and can lead to a lot of complications. For example, if you want to travel from Kosovo to Serbia, you must travel via a 3rd country – it’s easy to do so via Montenegro. From Serbia to Kosovo, things seem to be simpler.

We found Kosovo to be very safe everywhere we went. Because of recent events, it’s advised to check before you go and probably best to avoid northern Kosovo close to the border with Serbia.

Have you ever thought about visiting Kosovo? What’s your favorite thing about the country? Let us know in the comments below. 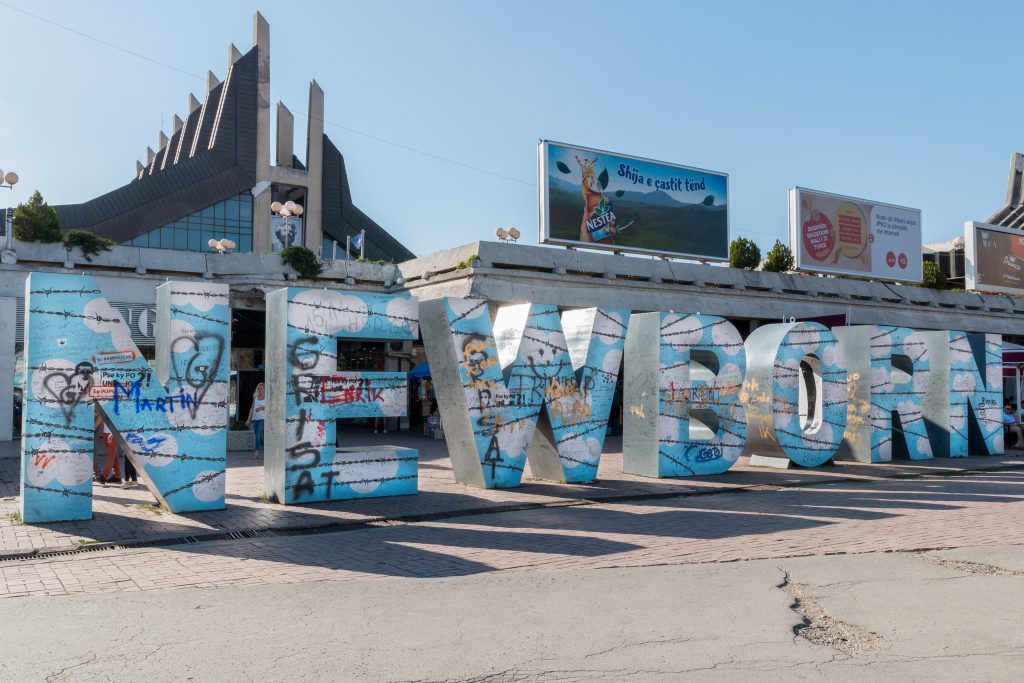